Something that was beloved of samurai, monks and martial artists because of its ability to energize the body yet calm and focus the mind? Well if the answer to all of those is yes then I need to tell you about the latest craze that is about to sweep the nation all the way from Japan. Matcha.

It has been used in Japanese tea ceremony since the 12th century and the calming effect is due to high levels of L-theanine, an amino acid that promotes calming alpha waves in the brain. More important than all the technical shit is that celebs in LA, huge numbers of people in the East and increasingly in the USA and Australia are turning to Matcha which means that you will be soon.

It comes as a powder and has been available for a while but more interesting is the latte version, which is now available in a few select shops around Dublin and which is absolutely fucking amazing. Some things in life are too good to be true and this is one of them.

I'm a huge coffee fan but the next big trend in this country is going to be back towards high end teas and Matcha lattes will lead that charge. This stuff will blow your mind and be everywhere soon. Mark my words...

Where To Find It

You'll find the tinned version so as you can make your own in most health stores in Dublin. The one thing I would say is that it isn't cheap at 20/30 Euros per tin (that will do you an average of a month). I suppose the way of looking at it is that you'd be spending a couple of Euros a month on coffees anyway. If you don't fancy making it yourself you can get one of the gorgeous Lattes made for you in the following cafes in and around Dublin...

The thing is that the lattes mix Eastern and Western culture to create a product that we are all familiar with but which has way more benefits than a regular latte. Once you taste one of these and feel the buzz you get mixed with the calming effect and sheer concentration levels along with the health benefits you'll be hooked. At 2.80 a pop you'll also find that they are way better value and less risky than regular cocaine!!

How To make It At Home

If you are not a latte fan and don't fancy all that milk you can make yourself a little cup of matcha at home. It tastes very like green tea and I'm not joking when I say you can feel a lift about 30 seconds after drinking it and that lasts for hours. It's hard to explain the calmness and focus it brings to everything you do. It is quite easy to make and you need to start off by opening your tin. It looks like a sort of ground up powder (hence the cocaine title of this blog post).

You'll need to pop a spoonful in to a bowl and have one of the "matcha brushes" to hand that are sold in the health shops.

You need to pour a little water in to the mixture. The water should be warmish and not piping hot.

You basically then just beat the shit out of it for about 30 seconds until it froths up.

That is you done. You'll have a bright green liquid and you drink it out of the bowl at your own ease. It's not massively complicated to make but saying that it is probably suited to the home or office as you aren't exactly going to be carrying all the gear around with you at all times. 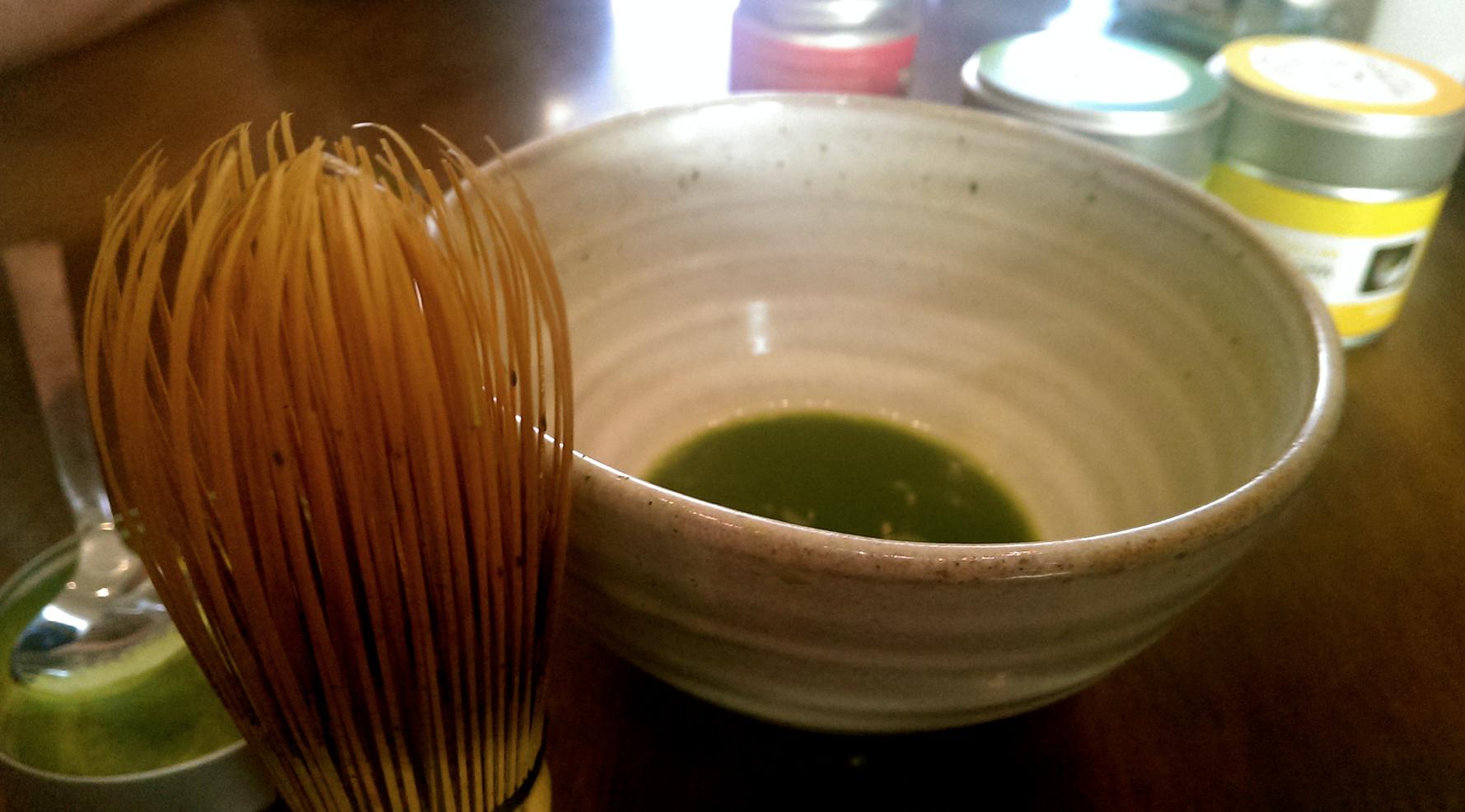 Matcha isn't new and as you can see below it is even used in KitKats and other sweets in Japan but it is the way it is being marketed and brought in to Western culture that is about to change. We've all become super health conscious and with increasing levels of stress and hectic lives causing us problems we are all looking for a way to de-stress. I for one am already addicted and I'd guess you might be soon too. 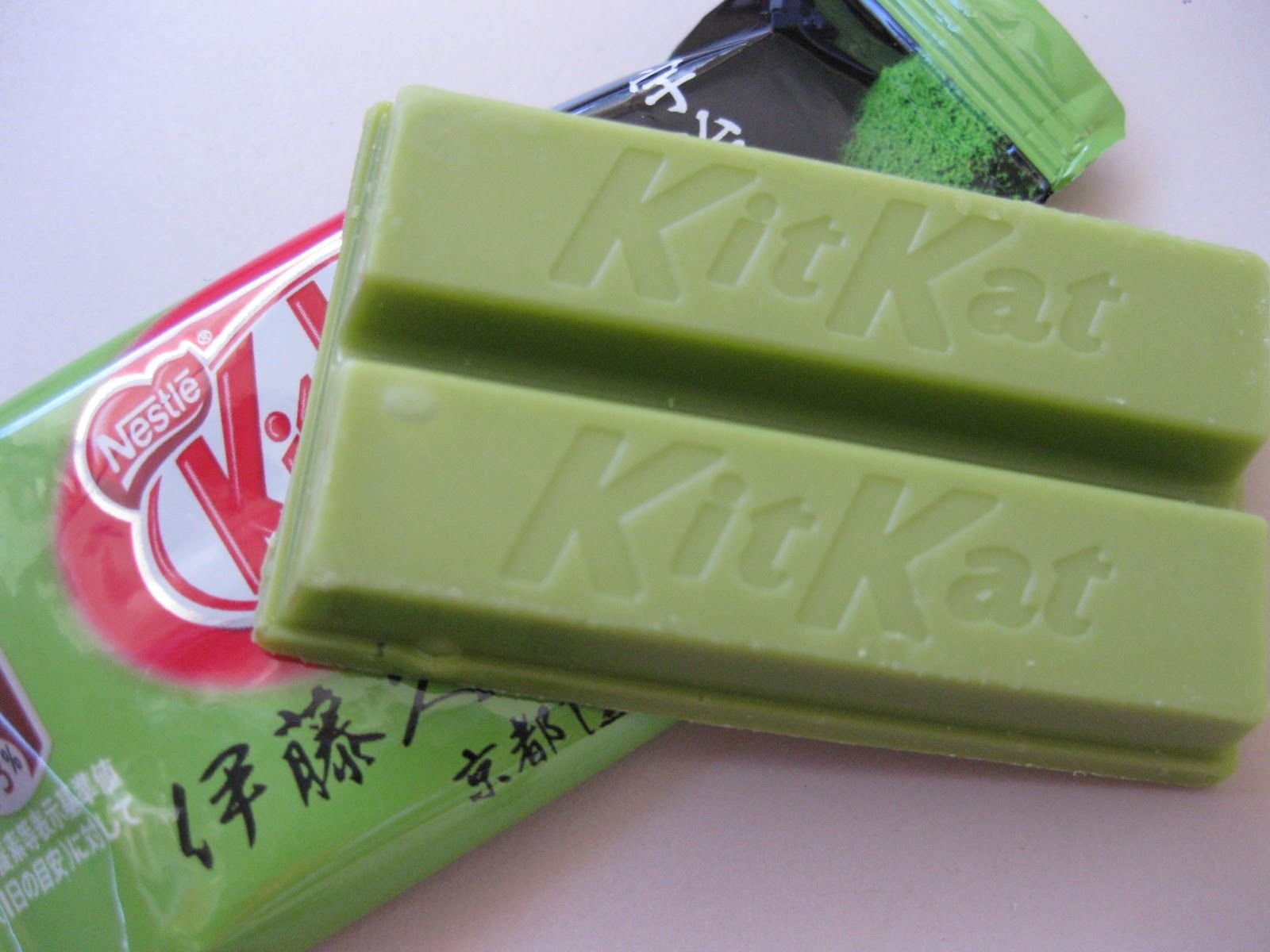 All this rubbish about healthy eating no good to you? Check out the 150 things you simply have to eat in Dublin.