Who doesn't love a good burger? We all do. The big problem in this country is that somewhere along the line people decided to make them as big as possible. I'm thinking about Jo Burger, The Counter, Eddie Rockets and Bobos. It was as if they were trying to see who had the biggest dick between them all. All that mattered was size. Now I like all those places to a certain extent but for me a burger is meant to fit in your mouth in one go and having to use a knife and fork while half of it slides down your shirt really defeats the purpose. You'll be surprised to hear it but my own favorite burger in Ireland is the humble cheeseburger from Mcdonalds. It does everything it says on the tin which is be tasty, you can hold it in one hand and it is as cheap as fuck. Luckily a place called Bunsen has come along and changed the game. 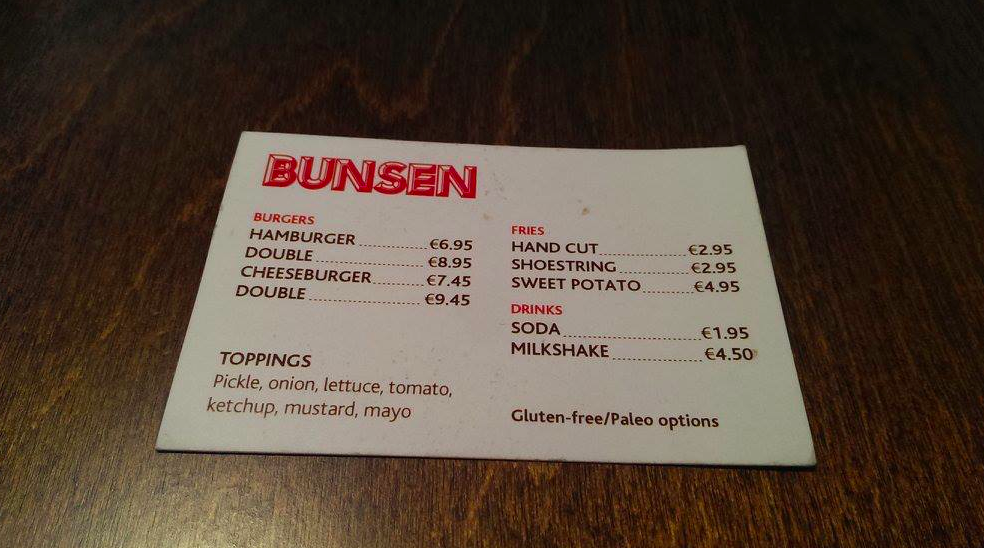 The cool factor starts off with the menu. Less is more with it all printed on a business card. The place had my vote already because I fucking detest huge menus where I have to think too much. Give me your best options and let the food do the talking without trying to bamboozle me with choice. 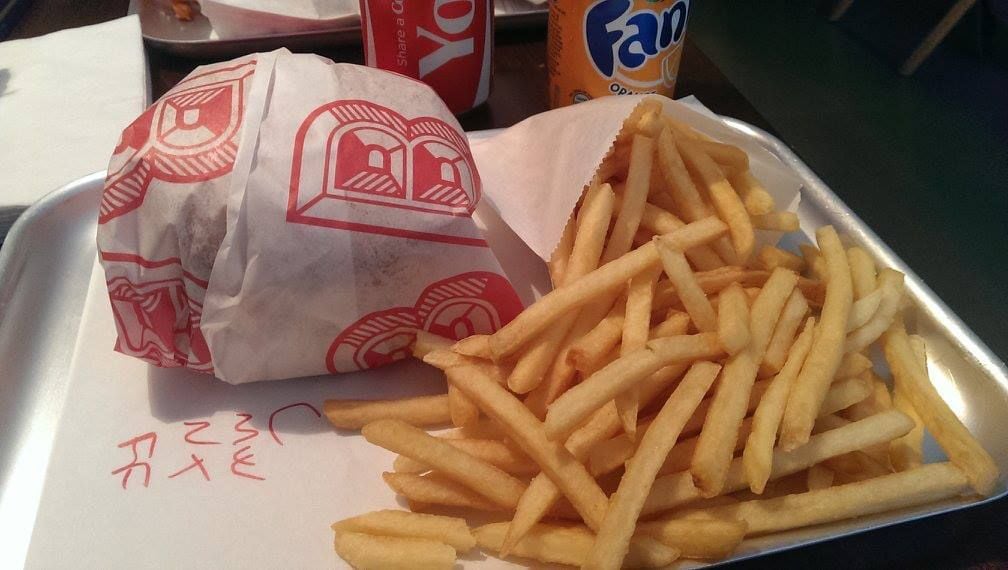 The first thing I noticed was the time it took. Most burger places will have you served in about 5-10 minutes but ours took a good twenty minutes which is cutting it tight at lunch time. Given that all burgers are cooked to order we let it slide. I asked for mine medium well because I just never got the whole medium rare thing for a burger. Who wants blood seeping in to their bap making the whole thing inedible and making you looks like Hannibal Lector on your lunch break. 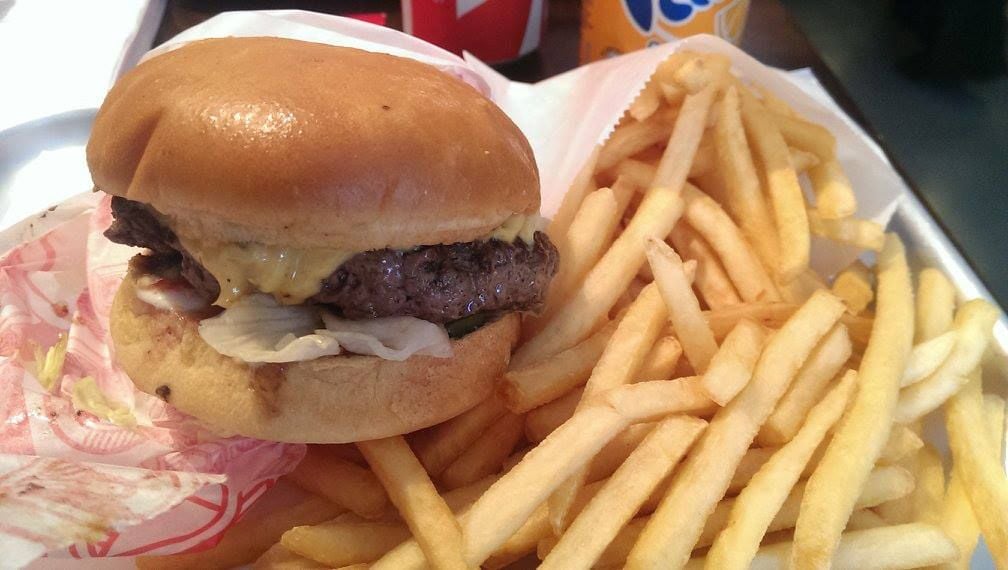 When the food did come out it was nicely packaged on a little tray. I asked for thin chips and they were exactly how I imagined them...like Mcdonald's finest effort. Perfect. Most places are lazy bastards these days and get their chips bought in but these are the real deal and you can taste it straight away. I can't stand sweet potatoes but Aaron who was with me swears by these ones and they did look tasty. 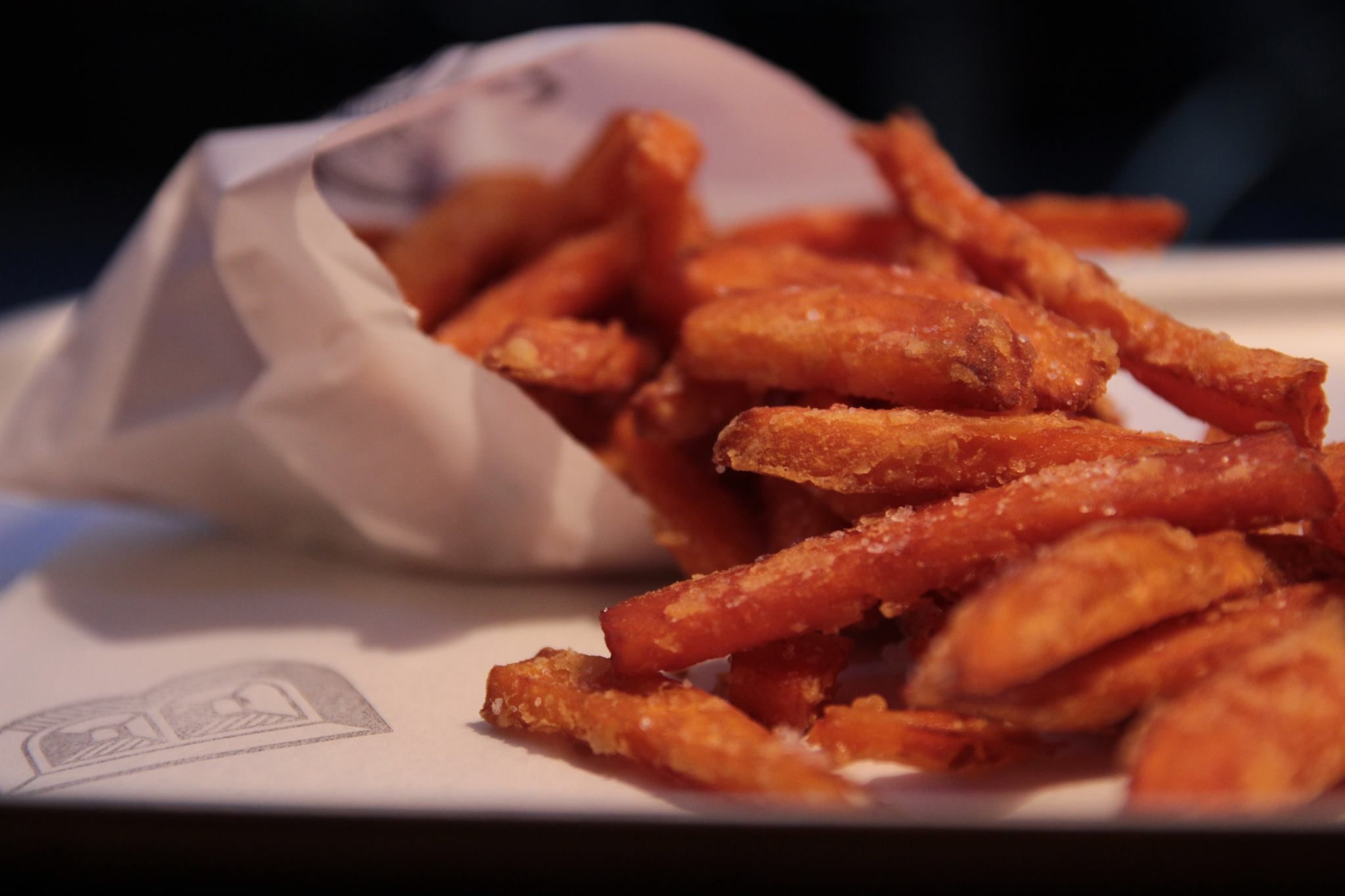 The burger itself was absolutely outstanding. Bun was nice and soft (they make them all by hand here). Meat was juicy and the cheese and toppings were absolutely spot on. Other restaurants in Dublin should be sent to Bunsen on a mandatory burger making class. Less is more here and they let the ingredients do the talking. Why add crazy stuff like beetroot, avocado, apple and all that shit when the basics taste so good. It takes balls to serve something this simple and pull it off but they do it in style. 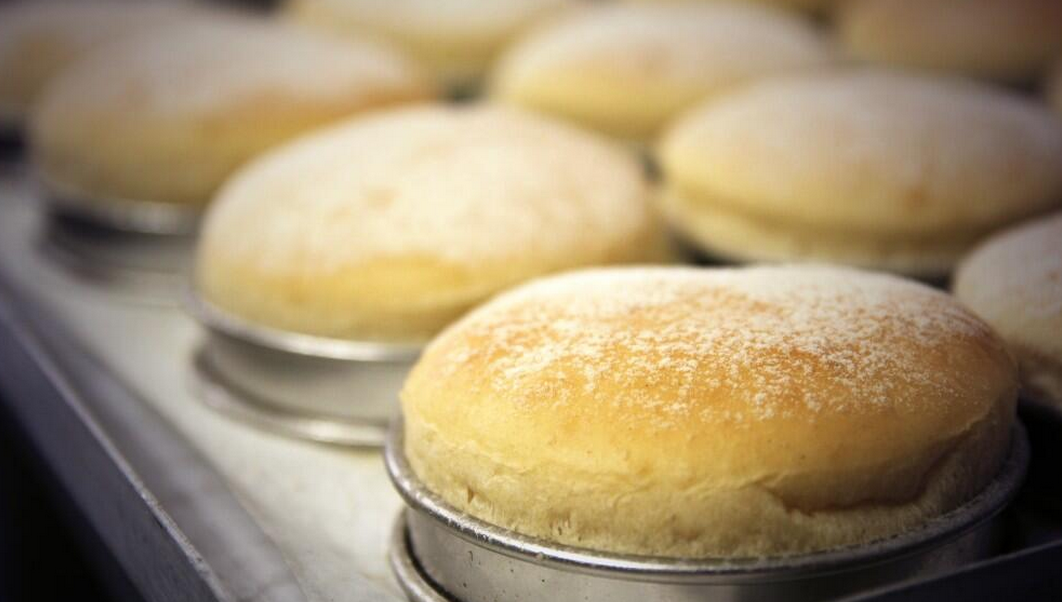 They remind me of In-N-Out burgers in the USA but the biggest compliment is that it is a posh version of Mcdonalds. Some might see that as a slight but the biggest restaurant chain in the world didn't get here by making shit burgers. They found a formula and stuck with it and that is what Bunsen are copying. They ain't cheap working out at about €15 per person to eat here but given the location, the service and the love that goes in to these bad boys it is money very well spent. Lets be honest and say you are paying for the branding and the way it is packaged but this is food being cooked well and with passion and they deserve your money. I'd be stunned if this didn't end up becoming a little chain of restaurants. The next big Irish burger chain? I hope so.

Their Is Love In The Burgers

They have a bunch of cool stuff on their Facebook and Twitter pages as well as having some cool Vines from behind the scenes. Check out the work that goes in to all the food and you will be well impressed.

Burgers from Bunsen Burgers on Vimeo.

I am only one person eating in the place on one single day so to give the review a little balance here is the take from some other people who have been there.
Cheap eats
Stitch And Bear
Silver Chicken
Joe.ie
Irish Times