South William Street in Dublin is without doubt the hippest street in the city. It's a short enough stretch but has everything from tattoo parlours, hip bars, nightclubs, strip clubs, fancy restaurants, cool urban cafes, boutiques and even a couple of sex shops thrown in. On a summer's day you could be in any cool modern European city and the only thing that I think could improve it would be pedestrianising the whole thing. Look at the crowd outside Grogans or the Pyg on a Friday and imagine how much of a draw for the city it would be without cars knocking around, people walking around freely and a couple of street performers. The people that run the city are too fuck witted to ever do anything that smart but it's the sort of thinking out city needs to make it even better. When it comes to restaurants and in particular chilled out weekend eating this is the part of town to come to. I call the area between George's Street, Exchequer Street And South William "The Hipster Triangle" for the sheer quality of bars and restaurants and I thought I'd exhausted reviews in that area until I strolled along this week and stumbled upon Eden. It was a gorgeous day and I could have eaten outside but that is so fucking rare in Dublin that I scarified the outdoor seat to experience the room which is where most people will end up eating. 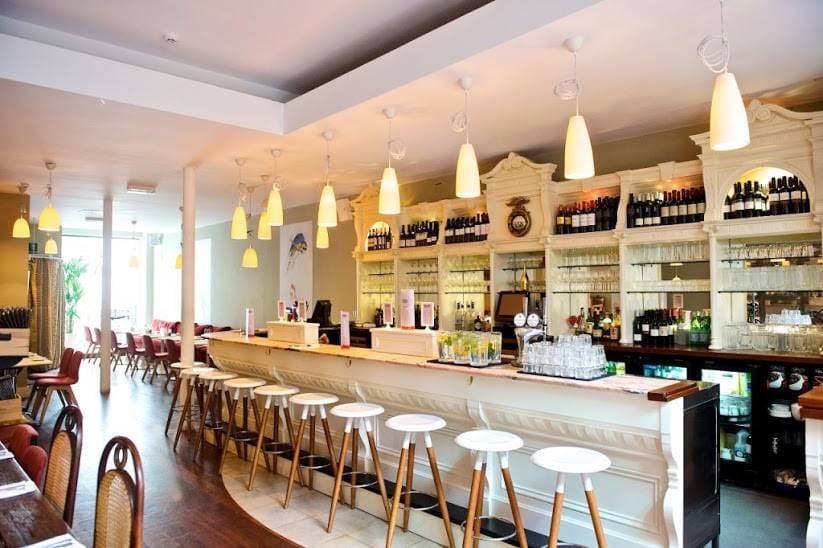 Although it was early on a Saturday the room was empty. The irony with all the good weather is that restaurants in Dublin have been struggling with people packing picnics or firing up the BBQ. They've made an incredible use of the space though with a cool open kitchen down the back letting you see the chef's in action. I always prefer and open kitchen because at least if the chef is scratching his nuts or wiping your steak off his hole before cooking it you'll have a better chance of spotting the fucker.

I ordered Gnocci and was worried that they would be heavy and fill me up before my main course. They weren't and although there were only 5 of them they were the perfect sized started with succulent pine nuts, little sweet tomatoes and all beautifully presented. A triumph of a starter. 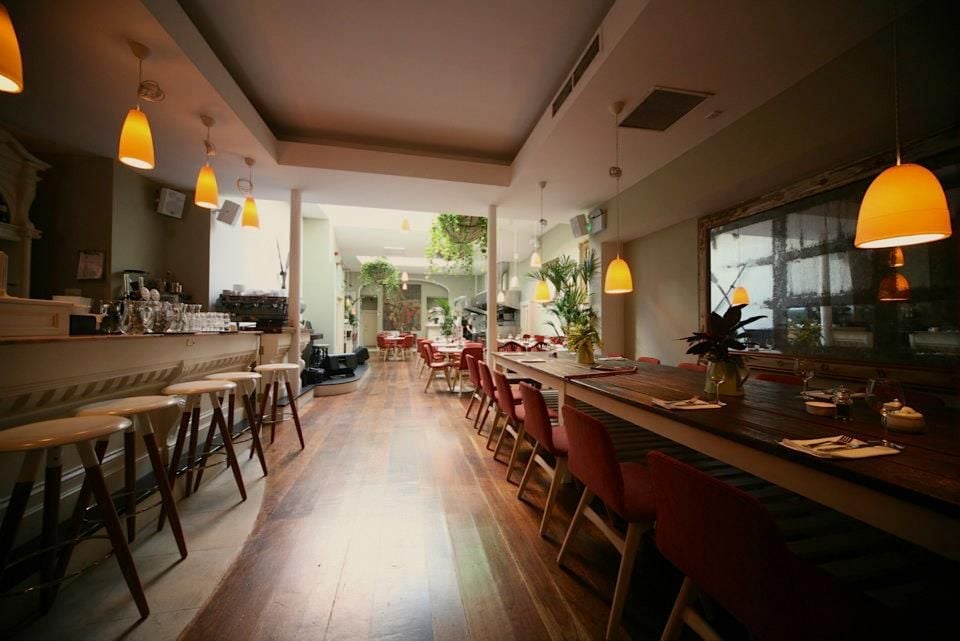 With such an overload of carbs for main I'd gone for the chicken with stewed beans and bacon and some other fancy shit that I forget. You'll never get a more perfect piece of cooked chicken and for once the beans in this dish were packed with flavour unlike most other restaurants. It wasn't the most earth shatteringly ground breaking dish in the world but it was well cooked, impel and tasty. With a big bottle of water the whole thing cost less than 25 lids and I left super happy. A great little spot for a solid dinner and the size of the place and room between tables makes it perfect for family dining or brining a few kids at lunch time.

I strolled around the corner for a savage ice cream in Murphys and then up South William Street for an amazing Japanese tea in T+C. As I sat there working on my laptop with the sun shining looking out at an auk fella and then a young couple slink in to the sex shop I was proud of Dublin and how far it's come as a city since the celtic tiger excess bullshit. We have a city to be proud of and South William Street is the jewel in the crown as far as I am concerned.