We spend most of our time talking about restaurants that open here in Dublin but it is important to remember that for every new venue opening there is more than likely one closing. You probably remember Munchies on the corner of South William Street and the fact that their landlord literally just locked them out from one day to the next. The same thing happened to me once (working for Conrad Gallagher as a chef) and there is no for finite way to find out that you have lost your job than not being able to get into your place of work in the morning. 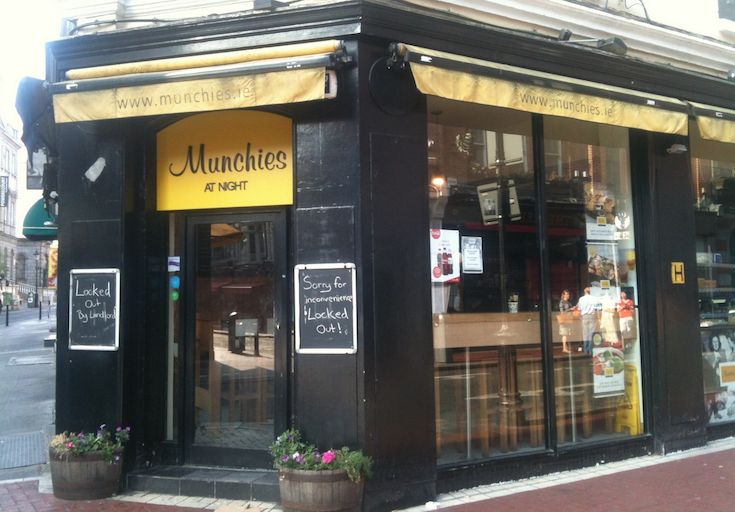 People look at places charging a tenner for something and think the restaurant must make a shit tonne of profit. The reality is very different; many restaurants struggle to keep the lights on. Good chefs, fancy equipment and serving staff all cost a lot of money. I don't know any of the numbers behind Munchies closing but I do know that selling sandwiches (mostly only eaten at lunch time) just 50 yards from the most expensive real estate in Dublin, obviously wasn't a business that was going to work. The trend that we are starting to see now are places that are open nearly all day serving lots of different food. The 2 best examples are Super Miss Sue and Cinnamon. The kitchen is working all day serving lots of different types of customers and the till keeps ringing all day long. This week another spot like this emerged that sells meat focused sandwiches at lunch time and switches to a sort of cafe that does Wine & Charcuterie in the evenings. I'd expect that the landlord has pocketed himself a nice increase in rents and everybody is a winner bar the people who worked at and owned Munchies. 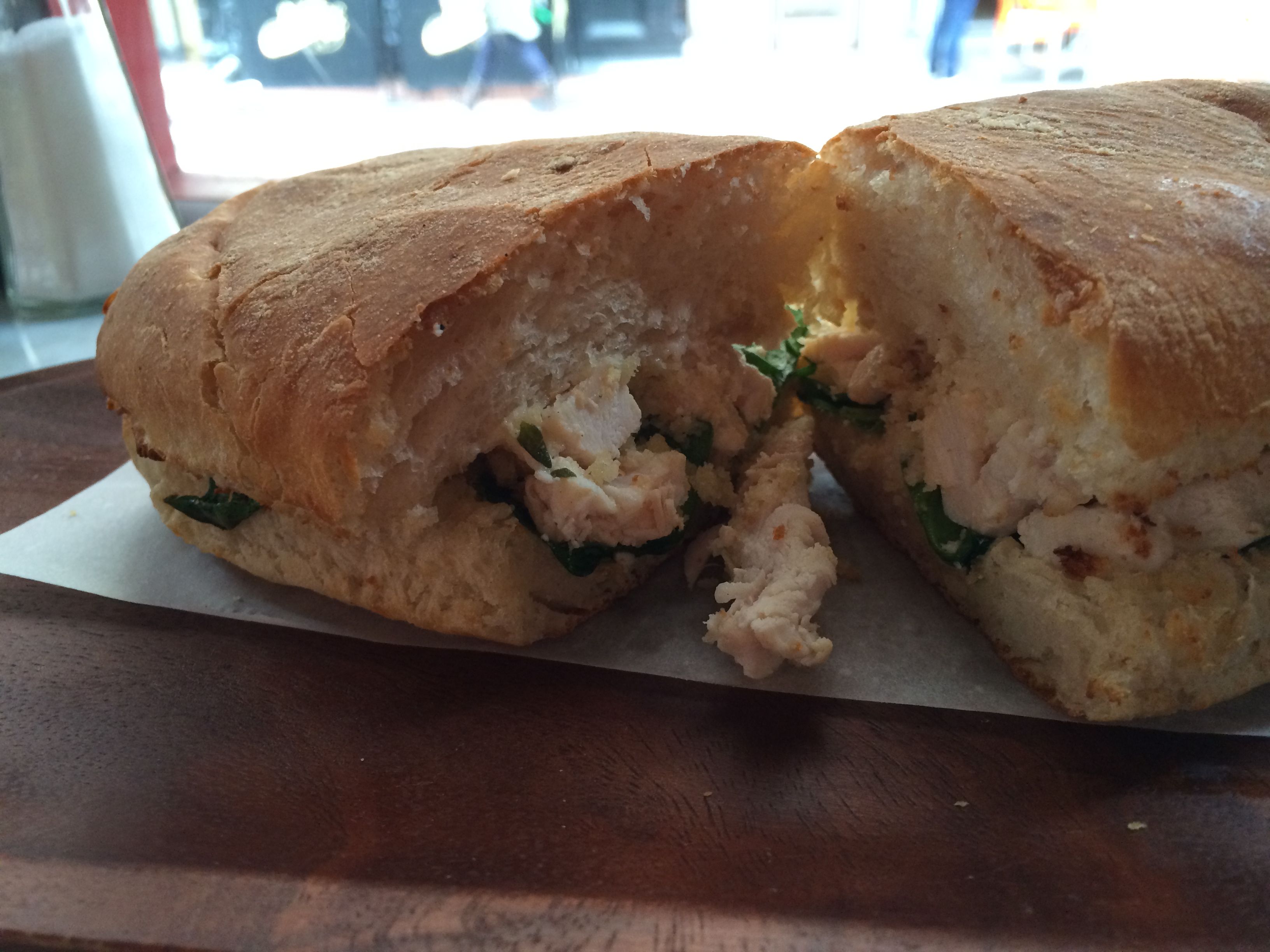 What drew me here were the sambos and especially the roast joint of the day. Hot beef sambos seemed to go out of fashion in Dublin but thank fuck they have returned and the idea of having a different joint will keep people coming back. I was all out of luck because they had run out. Hardly surprising, though, it being 3 o'clock. I had to do with a chicken and stuffing number. Great bread and some of the other sambos did look super. Washed down with a healthy juice and a slice of cheesecake it was a pretty steep 18 euro. Would I say they were drastically better than Muchies was before? Not really. Maybe slightly. The branding is slicker. They have a fire and loads of other nice touches. They have hams hanging in the windows and even though there has clearly been lots of planning sessions about how to make this look more authentic as a tourist you could just about believe it had been there for 25 years. The night food does look class and they'll clean up because all decent places on South William Street do.

Restaurants come and go and Munchies was in that spot for 25 years. It must have been gut wrenching for them to leave but that's just the evolution of the restaurant industry. I wasn't blown away (it was only their first week) by the sambos in here but they have all the right ingredients to be on that corner for the next quarter of a century. They certainly have an improved business plan and pricing to do so. 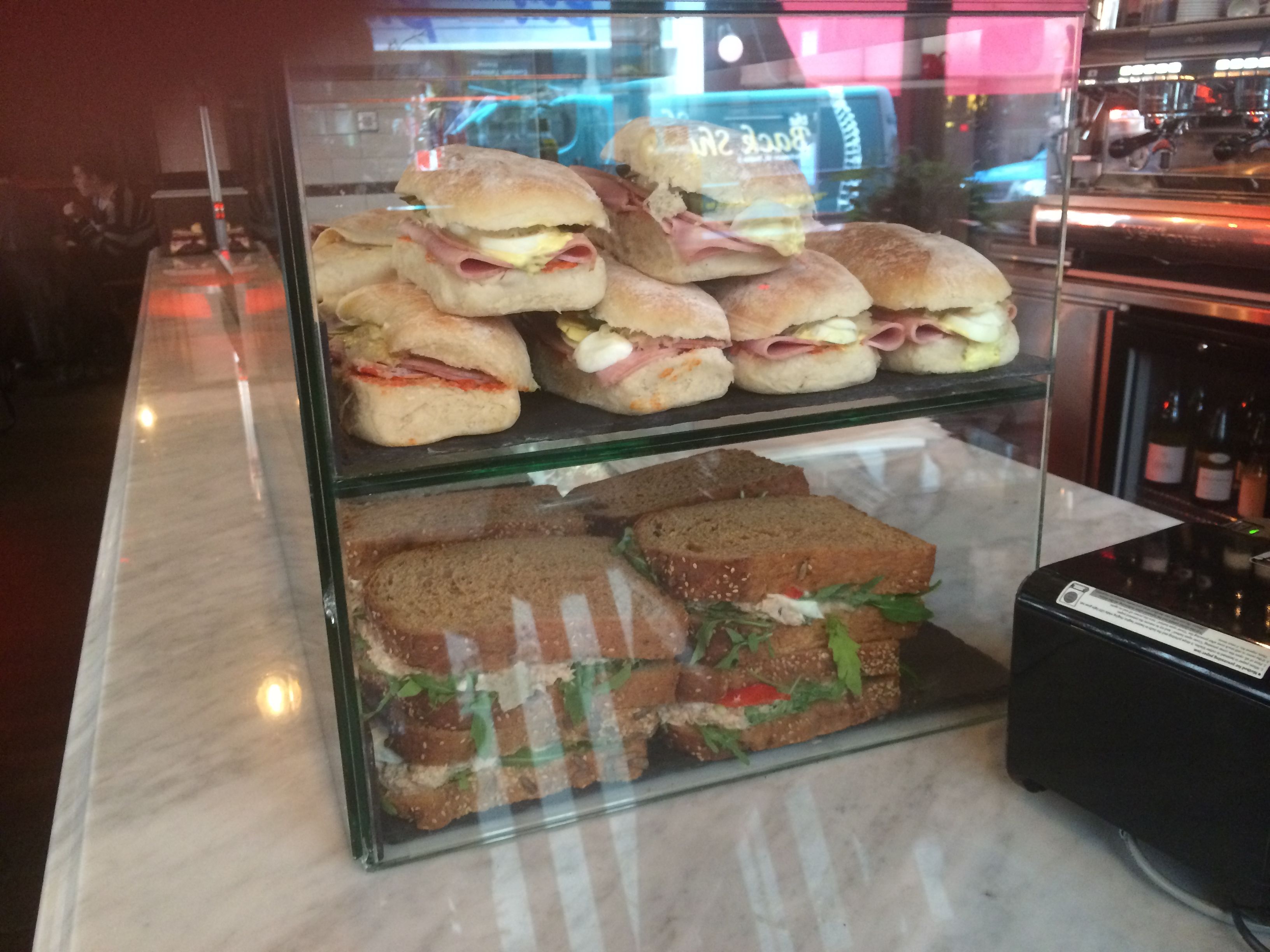