We've been talking a lot about sandwiches this week from the best ones in Dublin right through to the latest trend of grilled cheese and Kale. If one sandwich stands above the others as the king it is the Club Sandwich which appears on the menus of hotels all over the world. It is the "go to" dish for many westerners looking for a quick familiar filling treat. It typically looks like the main image above (which is taken from a hotel in Asia) and although not healthy or especially complicated many of us have grown to love it This week I took a mad craving for one and decided to pop into the Fitzwilliam Hotel for one. It was easily the worst club sandwich I've ever had. Here is why...

I've no problem paying top money for some good food. Indeed as I was walking in I'd had a good day business wise and felt like treating myself. I only had 20 minutes for lunch and wanted something delicious. I told myself I'd earned it. If you want to make a horrendous sandwich and piss people off though the first job is charging the same price as a full meal in most restaurants. 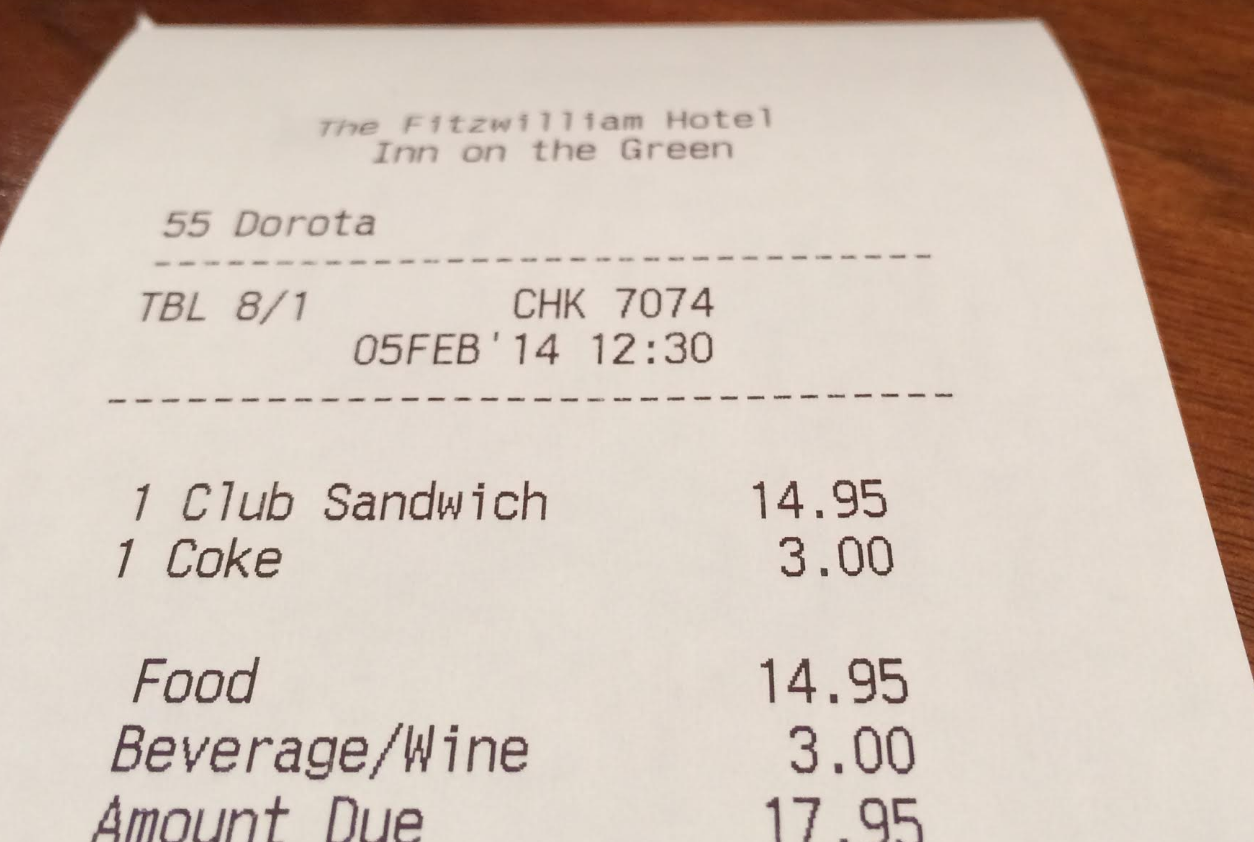 2.Drench It In Pesto

I love a good pesto but never ever in the history of the world is there meant to be pesto on a club sandwich. I don't even mind it on other sandwiches but when you order a club sandwich you do not expect to see it drenched in green watery oil.

Chips with a club sandwich should be thin and crispy. I'd accept fat chunky ones because some people serve those but this came with cold medium sized chips that tasted like they had been sitting in a bowl for about 20 minutes and were only half cooked.

The sandwich came fully closed. I could have started to eat it straight away in a big mouthful but decided to inspect it inside to see what it held in store. Lucky I did because wedged under the layers was a glass skewer that was so sharp it could do some serious damage to the old gums. Skewers are for keeping a sandwich together and go through the bread. They are not meant to be a filling.

The bread was so bad. It certainly wasn't cooked that day as I would expect in a top end hotel and my guess is that it just came straight out of a freezer somewhere that morning and was heated up. It was neither crunchy nor soft but somewhere in the middle like a big doughy mess.

Why the hell would you add a poached egg to a club sandwich? Here is my best guess...As the chef you cooked a load for breakfast but it wasn't as busy as you expected and you had some leftover. Rather than cooking up the boiled eggs that are served in club sandwiches somebody just grabbed a leftover breakfast egg and fucked it into the club sandwich. Horrendous.

For this sort of price I was expecting some freshly cooked chicken or at least something that tasted like it had been cooked that day. This was the sort of dry rubbery chicken that you get in low end cafes trying to save a few bob.

There were 2 people in the whole bar on a Wednesday lunch time as I was eating this. The place was a ghost town. I actually started my career as a chef in the Fitzwilliam Hotel back in 1997 working for Conrad Gallagher. The place was fresh and super high end but the bar looks exactly the same coming up on 20 years later. Remember that this is one of the most prestigious hotels in Dublin just yards from the top of Grafton Street. A little marketing, a good menu and some top end food and cocktails and this place could be packed. It feels like they've given up on the food in here and are just catering to the tired international tourist using an expense account. This bar is a line on a spread sheet somewhere with the soul ripped out of it. The good thing about Dubliner's is that they no longer have to put up with this sort of crap anymore because there are so many options. Who is going to pay 20 quid (I left the 20 note in disgust because I couldn't be bothered waiting for the 2 Euros change change) a second time for this muck? I certainly won't. The rules in Dublin are simple now...You serve affordable good quality food or people don't come back. This is 2007 food and none of us want to go back to that shite.

Top 15 Dublin Hotels Have Been Named By Condé Nast Traveller

The Morrison Hotel - Modern, Fresh And Edgy Once Again