You'll find Italian food in pretty much every city in the world. It's mostly shite. Watered down crap that has been adapted to sell to the mass market. Real Italian restaurants are few and far between but Il Primo where I ate this week is the real deal. The thing about Italian food is that at it's best it is wonderfully simple. They strip out all the bullshit and rely on amazing ingredients and a level of confidence and arrogance that only comes with knowing that you are the best.

So I'll start off by saying the food was really really good in here. That wasn't what made the meal though. What made the meal was two very simple things that the front of house team did. First off I was on my iPad (all the photos taken with an Ipad this week even if I did look like a plank doing so) and the waiter asked if I needed the WIFI code. It wasn't a public WIFI system but he essentially gave me their private code which made me feel special. His second piece of wonderful proactive service was asking me if I wanted a break between starter and main course. It seems like a small thing but nobody wants to be in and out of a restaurant in 20 minutes and having the knowledge to see that I was there to relax and take my time is what good service is all about. 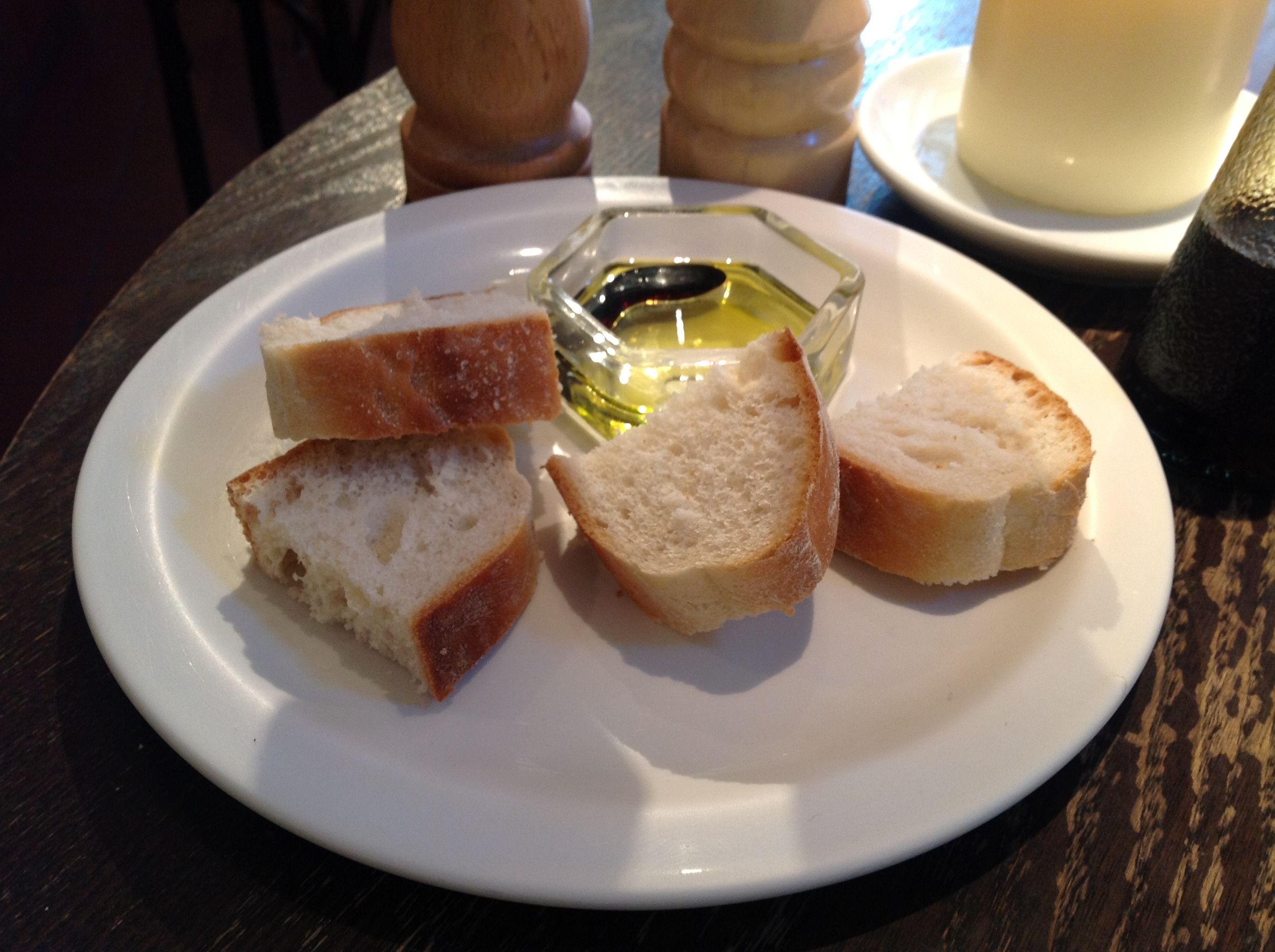 So to the food...Proper Italian like I said and ridiculously simple and tasty. First up was bread with olive oil and balsamic. Perfection. Next I went for sirloin steak strips with rocket and Parmesan. Couldn't really have been any tastier. Simple elegant flavors. 3 Ingredients but they were all melt in the mouth perfect. The main course was pasta with seafood and the huge big juicy pieces of flaky fish were to die for. I'm a sucker for pasta and this was the best I've ever eaten in Dublin. 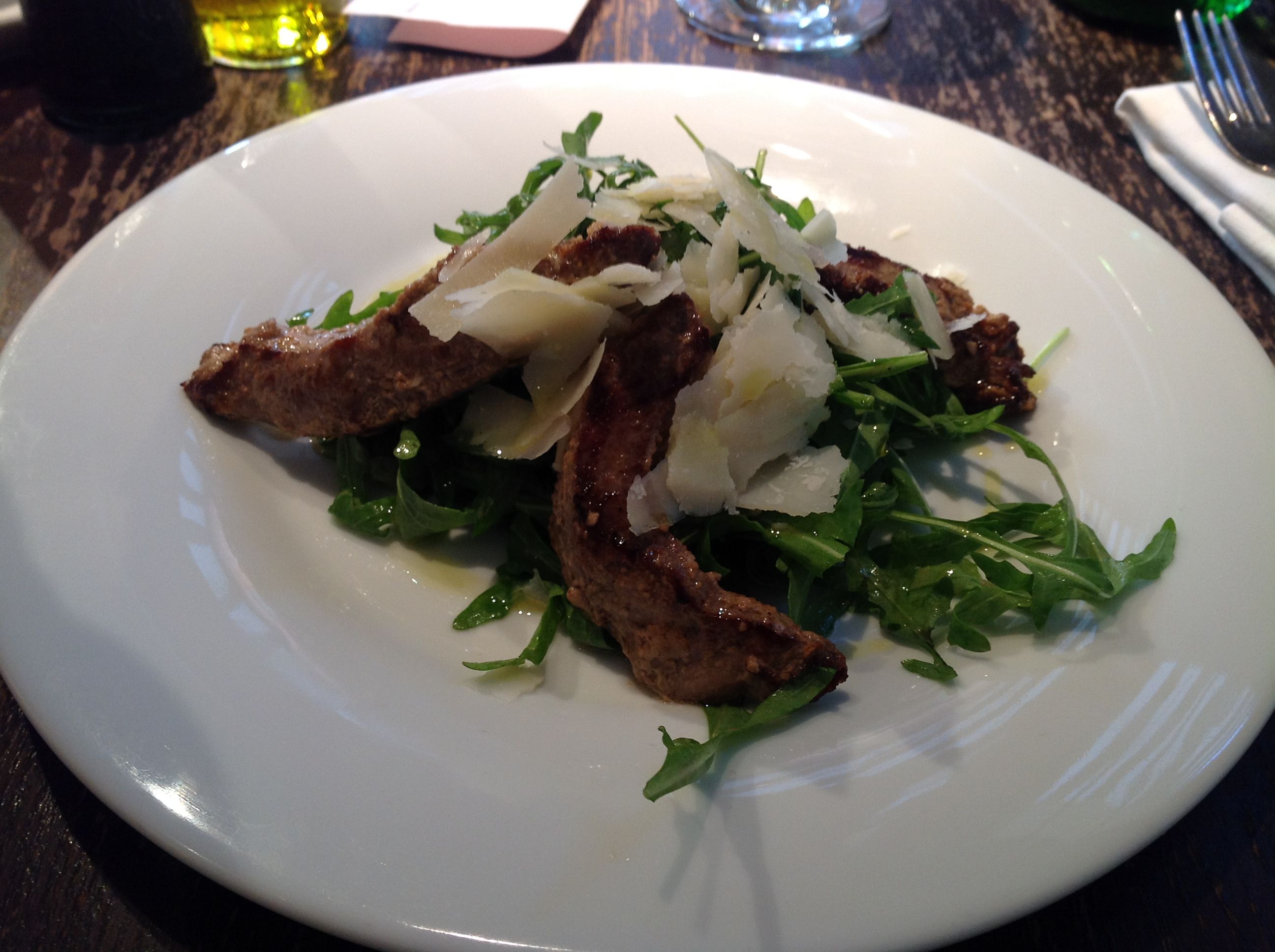 I finished the meal with a delicious polenta tart that again was wonderfully understated and simple. To round it all off the coffee was as good as any double expresso I've ever had in Italy which means you could more or less stand you spoon upright in it. The place was quiet but there are a couple of wonderful seats in the window that are among the best in Dublin for people watching. It's also cheap and less than a stone's throw from Stephen's green this really is a lovely little spot that very few people will know about. You should check it out, it's easily the best Italian food in Dublin. (total was less than €40) I'm only one person eating there on one day so it is important to get the opinion of other people. Here are some of the other reviews...

Fodors
Taste of Ireland
Stitch And Bear
Food and wine