Soup and sandwiches for lunch in Dublin are one of the staples we've all grown up with. The big problem is that most of the places producing them have about as much imagination and creativity as an X Factor-winning contestant. I'd say it is the consumer's fault though because you only have to go to any local Spar or Centra and have a look at the huge line of people queuing up and ordering chicken fillet rolls to see how easily pleased we all are. There are 4 places that I think really stand head and shoulders above the rest when it comes to sandwiches in Dublin...Green Bench and Poulet Bonne Femme on the South side and Oxmantown and Brother Hubbard on DNS. I've been looking around for somewhere to add to the list and it popped up in the most unlikely of places down on Parnell Street in the shape of a slick new spot called 147 Deli. 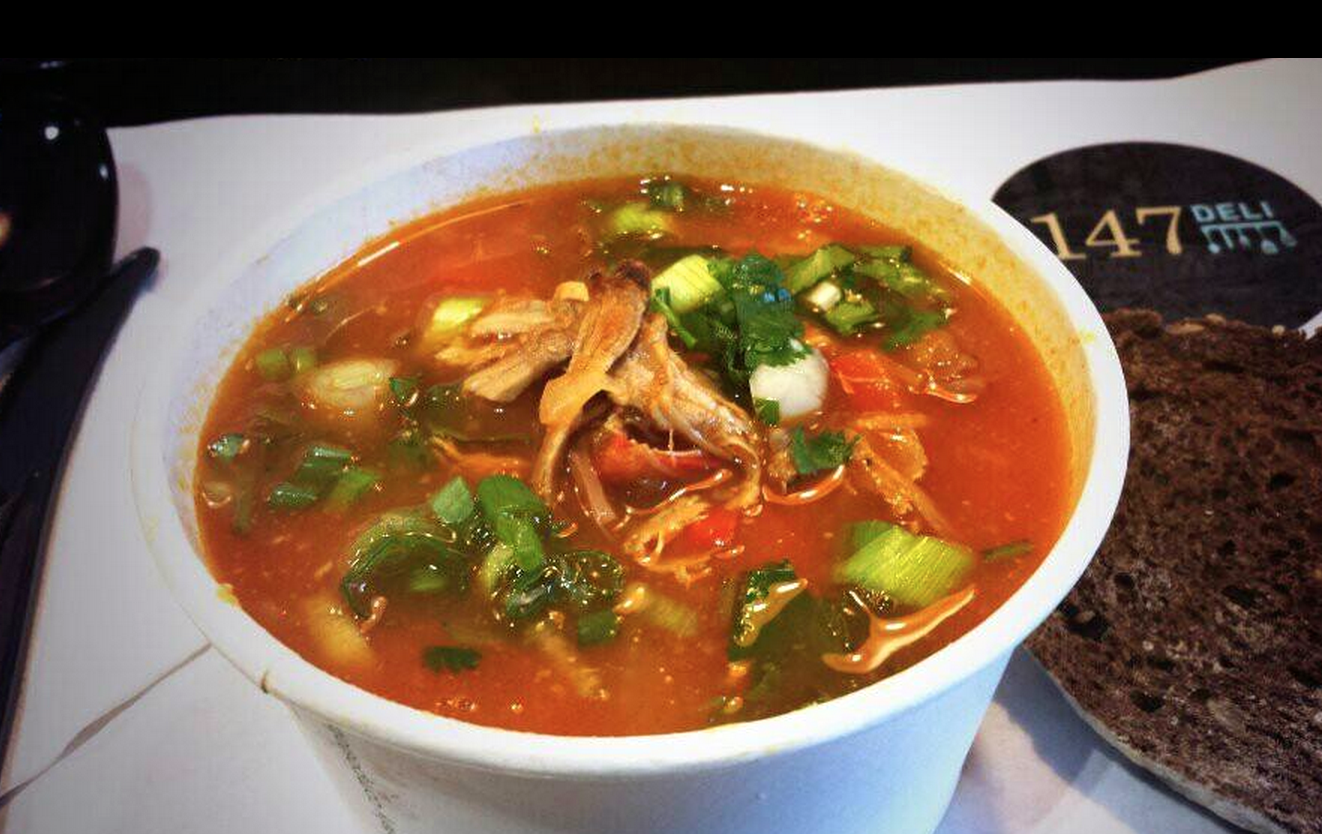 I often get grief (like this in the Irish Times at the weekend) about not writing enough about The North Side but we are taking steps to change that. The fact is I live in Ranelagh and as this started as my own personal blog you are always going to write about the stuff you know best. Caroline, our editor, is from DNS and a number of new contributors will be coming on to spread the love all over Dublin. I actually went to cooking college in Cathal Brugha Street which is just beside 147, circa 1997 - 1999. Back then you'd have had more luck getting gourmet food in downtown Mogadishu than on Parnell Street. Things have changed drastically though with some awesome Chinese, Korean and local Irish spots to choose from. The pick of the bunch however is 147.

They've been popping up on my social media radar now for a couple of months and the variety of their sandwiches was what got me excited. Not only were they all super original but a whole host of daily and weekly specials make this a must visit. Crispy pork, pulled pork, roasted meats and my own favourite, the meatball marinara, which is the exact same as Subway but different in that tastes delicious rather than tasting like a rotten old shitty boot. As I walked in the door they were making the sandwiches to order and you could see the love they were piling in. The key here is the bread. Fresh, tasty and delicious. The bread the salmon came on was especially good and we sat there devouring every mouthful knowing it was a special lunch. Soup and sambos don't have to be the same old boring shite that we are faced with daily and these places are showing that is a different more exciting way. This place is a breath of fresh air and remarkably I now have 3 out of my favorite 5 sandwich places North of the river. Who would have ever thought that? If you own a restaurant you should understand that having a Facebook page is pretty crucial in terms of getting customers into your premises. Most people know that these days but it still amazes me how many places make a complete mess of it. I don't want to see pictures of cats or Brian O'Driscoll or funny videos. We all have enough brands doing that and trying to get into our news feeds. 147 get it completely right because they share timely gorgeous pictures of their food. A quick look through their page and you'll be starving in minutes. It isn't really rocket science but their posts with daily specials just before lunch time will be driving huge amounts of punters in the door. Simple but smart and a page a lot of Dublin restaurants, bars and cafes could learn from. The view from others

I am only one person eating here on any one given day so to add a little balance to the review here are some other top foodies reviewing 147 Deli..
French Foodie
Le Cool