My good mate Sean had just won a few quid gambling so we decided to splash out and have a Christmas / New Year lunch in one of the posher restaurants in Dublin city center. He suggested
The Cliff Town House as he has a strange obsession with shellfish. I'm glad he was paying as the prices on the menu would nearly make you faint. The front door to this place is about 50 meters from the very heart of the Celtic Tiger (Anglo Irish Bank's old HQ) and the prices are stuck in that era. Over 17 Euros for a prawn starter which you can see above. We were expecting vast platters of fresh seafood to come out and we both genuinely thought the bowls the waiter was hovering with must have been the sauce to accompany the platter. It was in fact the starter itself and with a couple of prawns, a tiny nugget of lobster, some shrimp, some crab and a dollop of Marie Rose sauce we certainly weren't blown away by it. 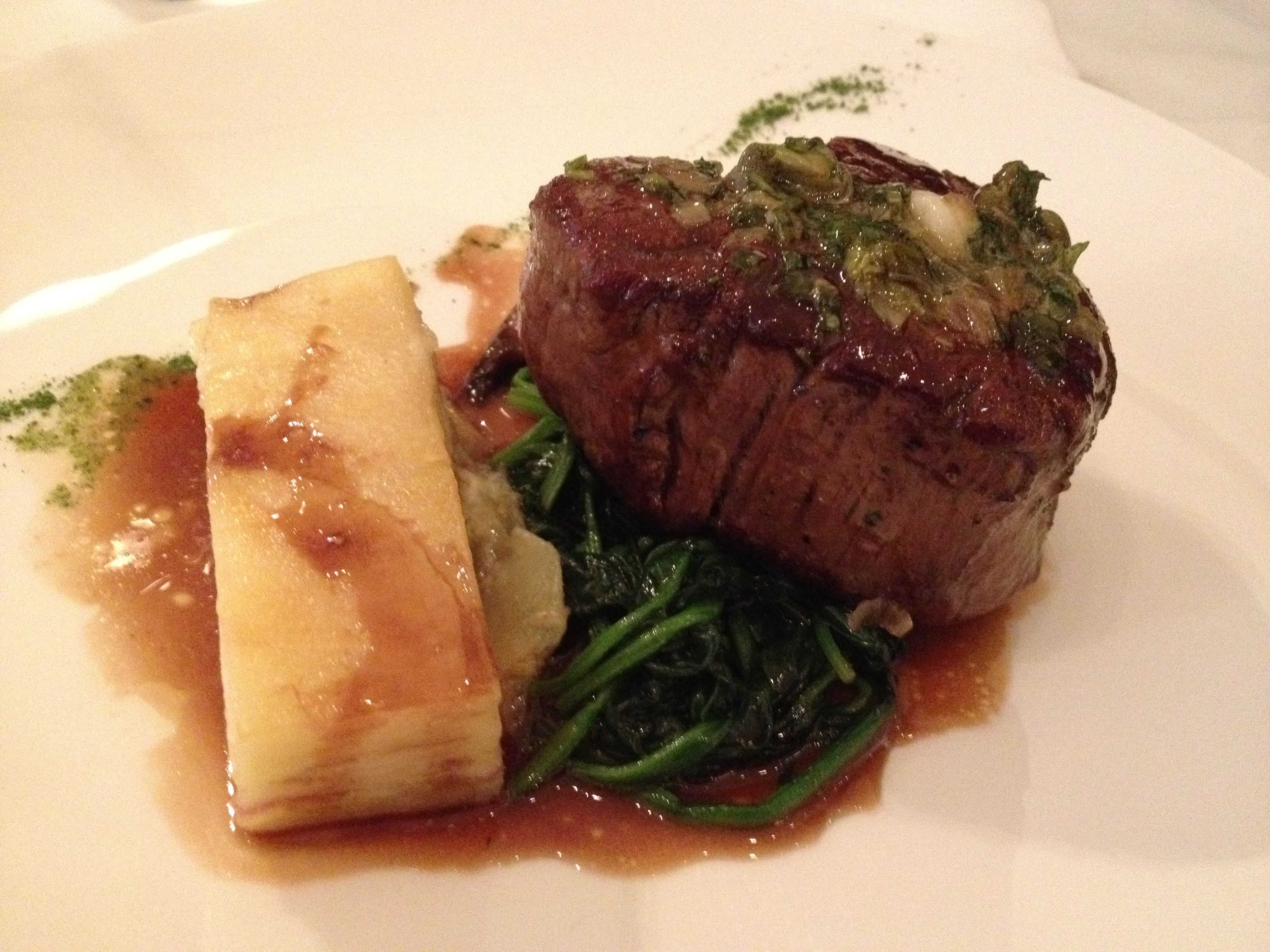 If the shellfish platter was a let down surely all would be redeemed by the €37.50 fillet steak we had ordered? Afraid not. What we got was a decent steak, with a small slice of dauphinoise and some good spinach. The sauce was watery and the only real taste were a handful of capers up on top. For that prize I want to be dazzled but this was something an average home cook could whip up out of a Gordon Ramsay book with little trouble. There was nothing bad about the steak and the chips that went along with it very crispy and superb but I could feed myself for a week these days in Ireland for that price and this dish was the culinary equivalent of negative equity because you had ordered it and wanted it but it suddenly changed it to something expensive and unwanted when it arrived. We'd been sold a dream but were stuck with a big average hunk of steak and spuds. 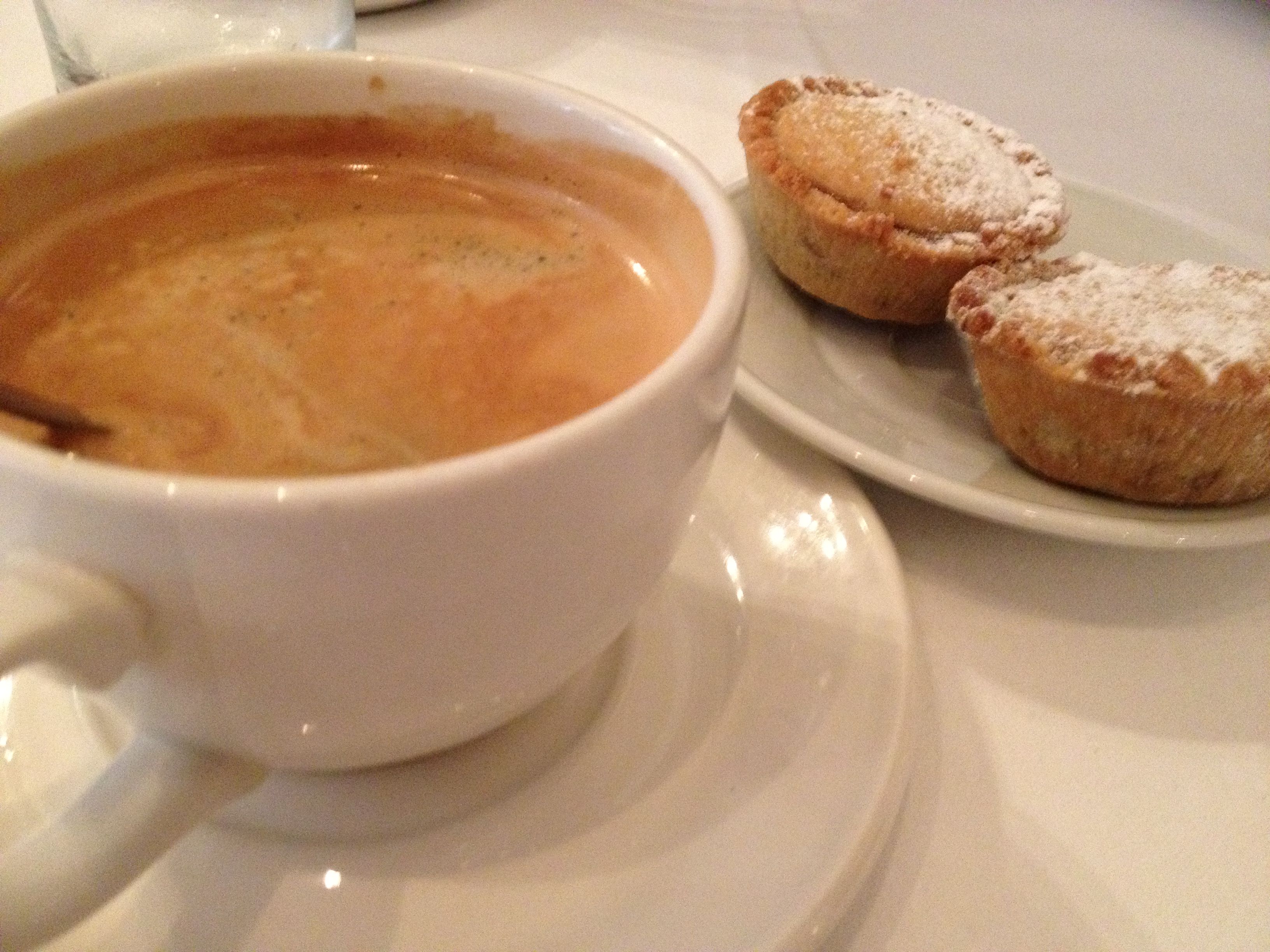 Coffee was a better deal (especially when I noticed they had actually forgotten to add it to the bill) because it came with a couple of little mince pies. Unfortunately for the Cliff they lost their chance to redeem themselves as I happen to hate the things but a nice touch anyway. They looked hot and home made so you couldn't really ask for much more. We finished up and left within an hour (having been told we would only have the table for 90 minutes when booking which is never a welcoming start). Surprisingly the place was fairly busy at this normally quiet time for restaurants and I can't say that the food was bad in any way whatsoever. Everything was fresh and perfectly pleasant but we didn't have any desserts or wine and paying over €130 (including tip) for an hours entertainment just doesn't seem right in Ireland. I'm sure rents are high and ingredients like these cost a lot but we have moved on from this sort of food in Ireland and nobody really wants to go back to it. 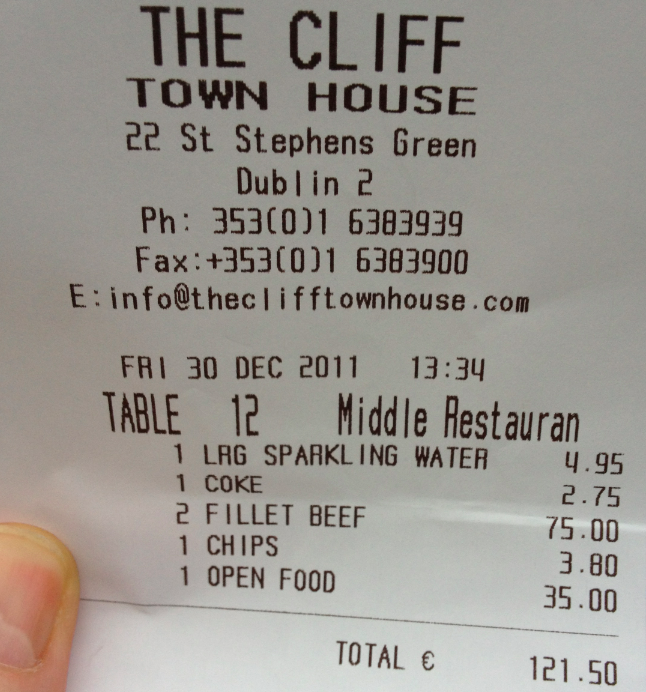