The celtic tiger was generally seen as a bad thing in Ireland. Builders were having fois gras burgers for elevenses, Eddie Rockets seriously considered introducing silver service butlers and a record 6 bottles of champagne were sold on the Northside of Dublin throughout 2006. The money got to people's heads and one place that epitomised the boom was The Four Seasons which is arguably Dublin's highest end hotel. There was probably more cocaine per square inch in the toilets of the Ice Bar than there was on Kate Moss' bedside table back in the day. I remember boycotting the place when I was stuck there between meetings and had no choice but pay for the WIFI as I had a couple of urgent emails to send. It was €25 and through gritted teeth I came very close to running in to reception with a molotov cocktail shouting "you thieving bastards" as I punched my credit card details in angrily. I've mellowed since then and been back a few times to what is a very decent hotel especially for functions where I've had some superb meals but I was back for something entirely different this time as I was being treated to afternoon tea for my birthday. 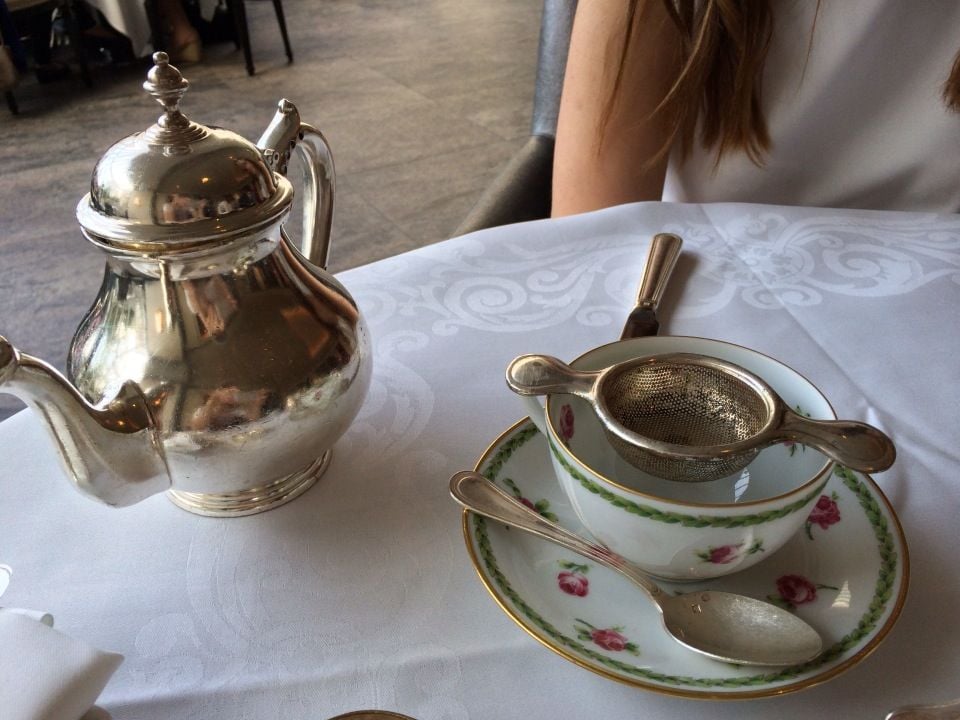 My first thought was what I would bloody do if it was fucking rotten. How could you review a gift negatively? I didn't have to worry for long because as soon as we sat down I knew this would be an experience to remember. Not being a huge tea drinker I decided to go with coffee but I was amazed at the chocolate and mint tea that came with all sorts of pomp and ceremony. It tasted like an after eight in liquid form and was delicious. Not something you would drink every day but a wonderful treat. First up were the samobs which were savage but in all fairness there is only so much you can do with a sandwich. Tasty, petite, perfectly seasoned and about as far away form a Spar breakfast roll as you could imagine. 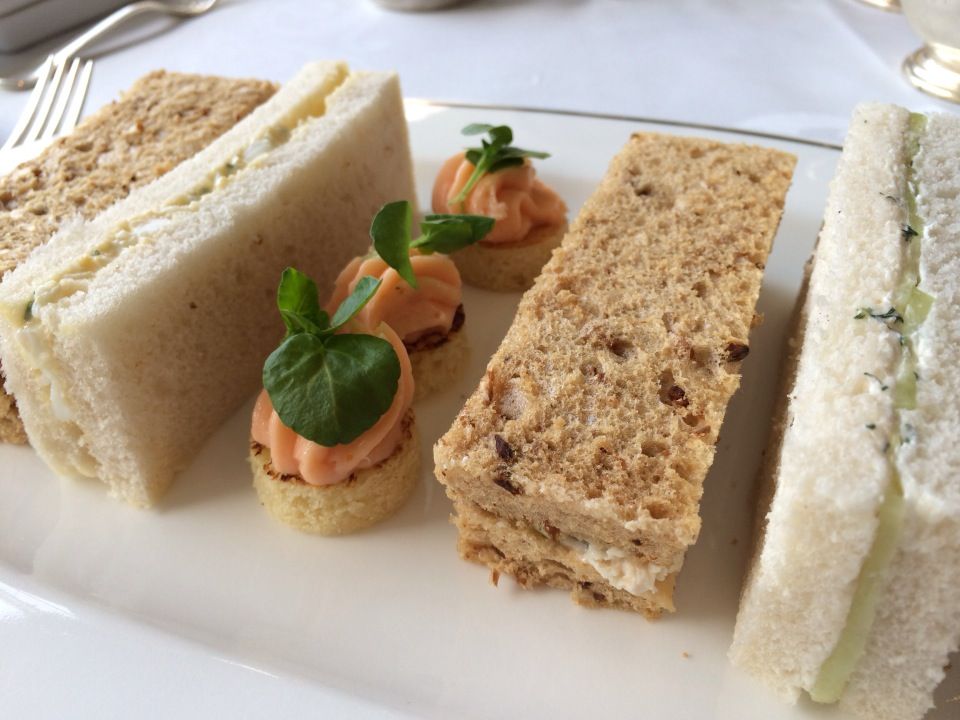 Next came the good stuff and the main reason for being here...the scones and the pastries. The sones were not only perfectly warm but come with lovely soft butter, cream, jams and lemon curd. Because the rest of the platters were all sweets you start thinking that the scones are actually good for you which couldn't be further from the truth of course. 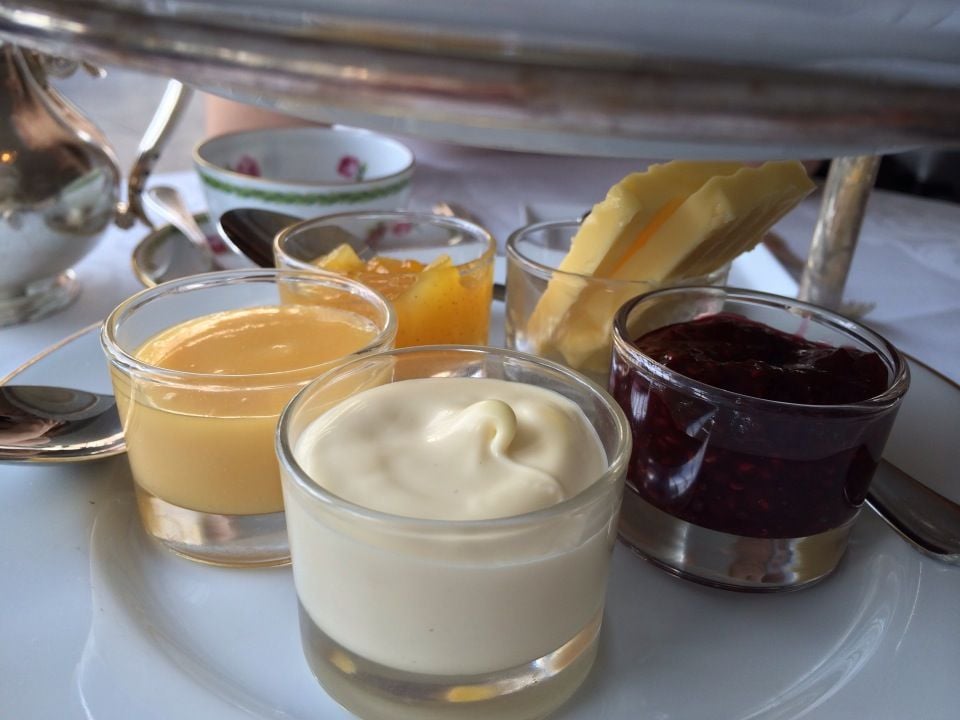 You are not here to be healthy though and if ever there was a day for dirty big smears of butter and extra cream then this is it. The crowd was all yummy mummies and a few boggers who had been let out of their barns to come up and see the hurling match and who must have gotten lost and thought that this was Quinn's pub in Drumcondra. 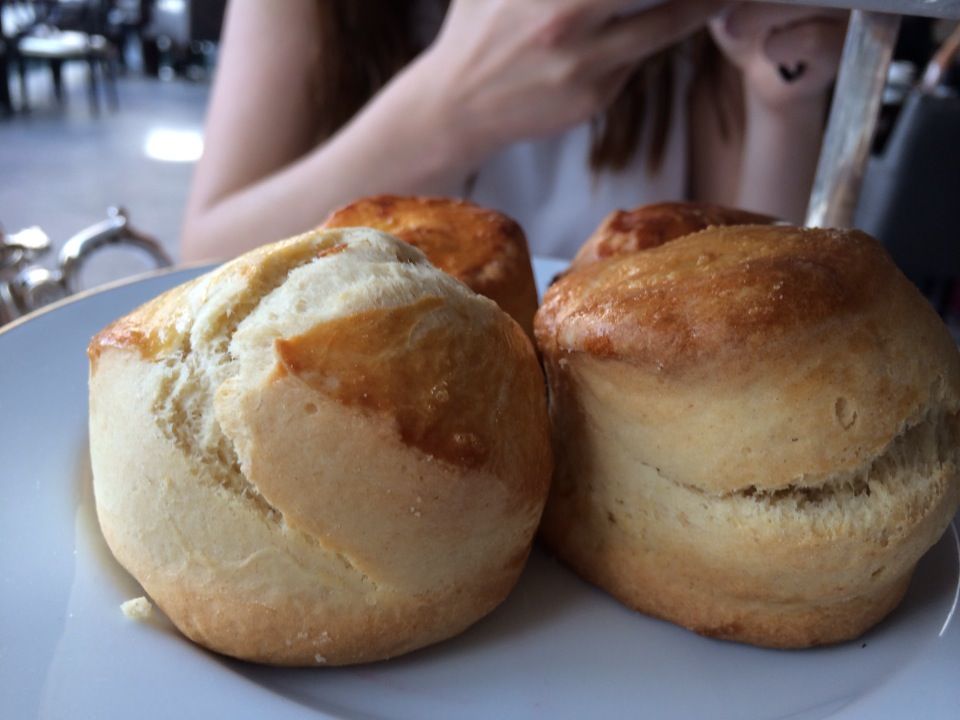 The real jewel in the crown has to be the dainty little desserts that dot the top of the platter. Berries dipped in chocolate. Sweet little cakes. Perfectly flaky pastry and even a glass of chocolate which you just want to stand up on the table and pour all over your face it is that good. By the time you are eating the desserts you are of course in no way hungry but you stuff them in to your fat face as if your entire life depended on it. 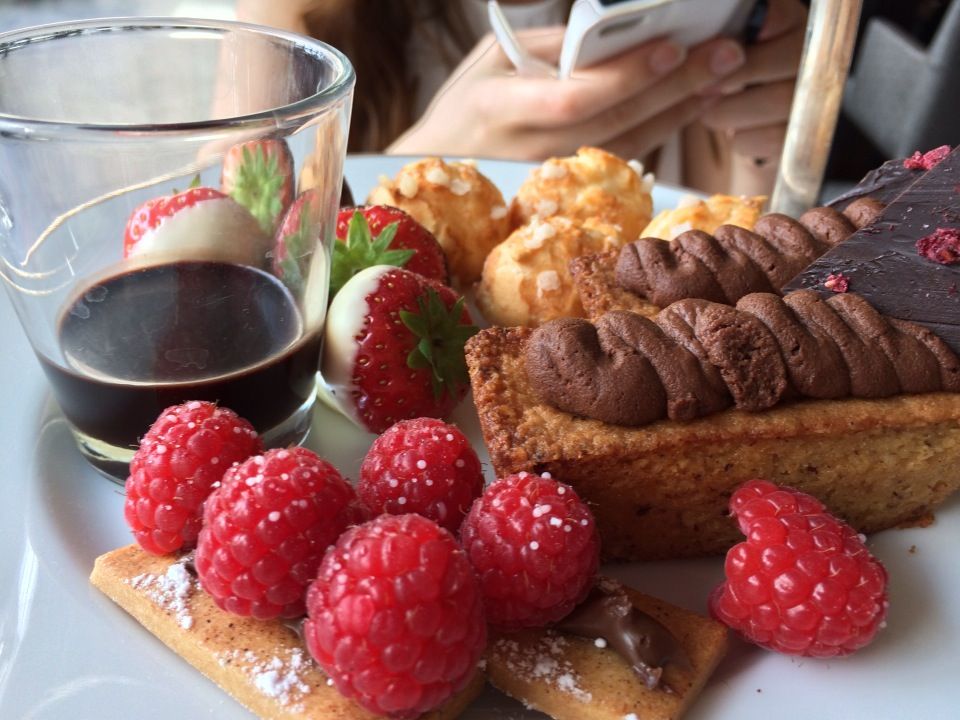 As if that all wasn't enough along came another special surprise of chocolates for my special day which I had to find room for. Not only did I find room for them but I also managed to lick the writing off the slate using a delicate combination of my fingers and a spoon. See that is the thing about the celtic tiger and luxury...it is bloody good fun. This beat having a Lidl home cooked special meal all day long. Hands fucking down. The only issue is that we all went so overboard drinking champagne mojitos like they were pints of water that we now have to live like peasants dare we celebrate anything ever again. This sin't cheap at 35 Euros per person (45 with a glass of champagne) but it is worth every penny. You won't be having this every day and you'll need to run a half marathon straight after if you want to fit in your front door when you go home but this is one of the best treats you'll get in Dublin. Looking around and everybody stuffing their faces you could nearly imagine it was 2006 all over again. 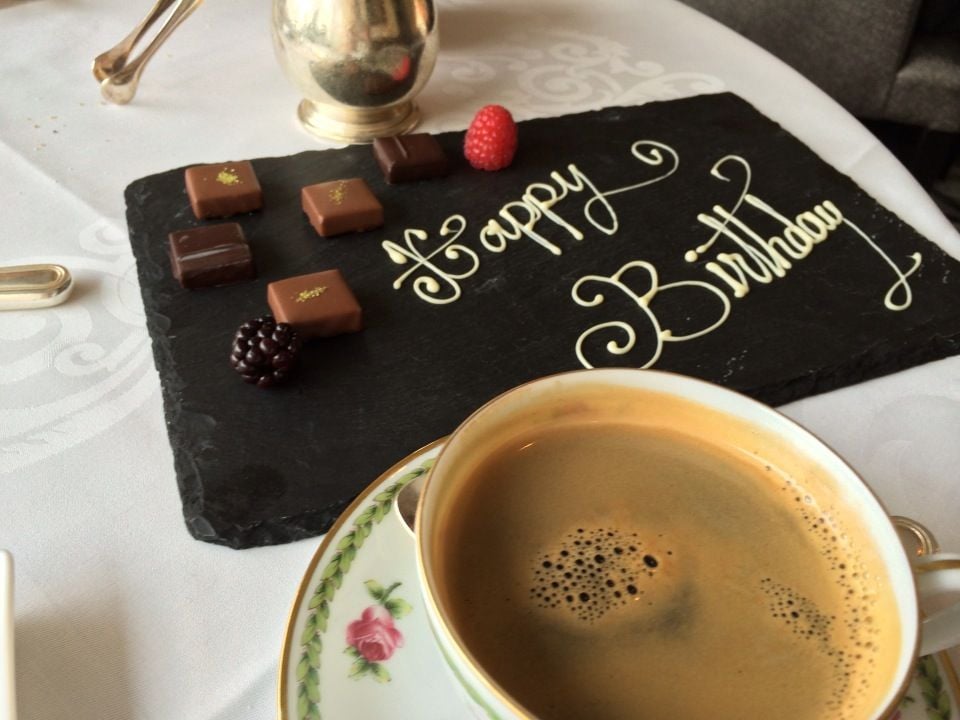