Irish artists have been commissioned to transform Dublin’s Meath Street into a night gallery of street art and it sounds absolutely class.

The Mná Meath Street exhibition, brought to us by the modern Irish whiskey, Roe & Co, was unveiled on Sunday, March 8. And it will be there for the entire month of March thereafter.

The unique night gallery honours the incredible and powerful Irish women of The Liberties, past and present as part of its Modern Éire campaign.

As a modern Irish whiskey brand led by a female team, including Master Blender Caroline Martin and Head Distiller Lora Hemy, the Roe & Co team will celebrate the amazing women who have lived, worked and reinvented history in The Liberties, shaking up the status quo and defining The Liberties, Dublin and Ireland. 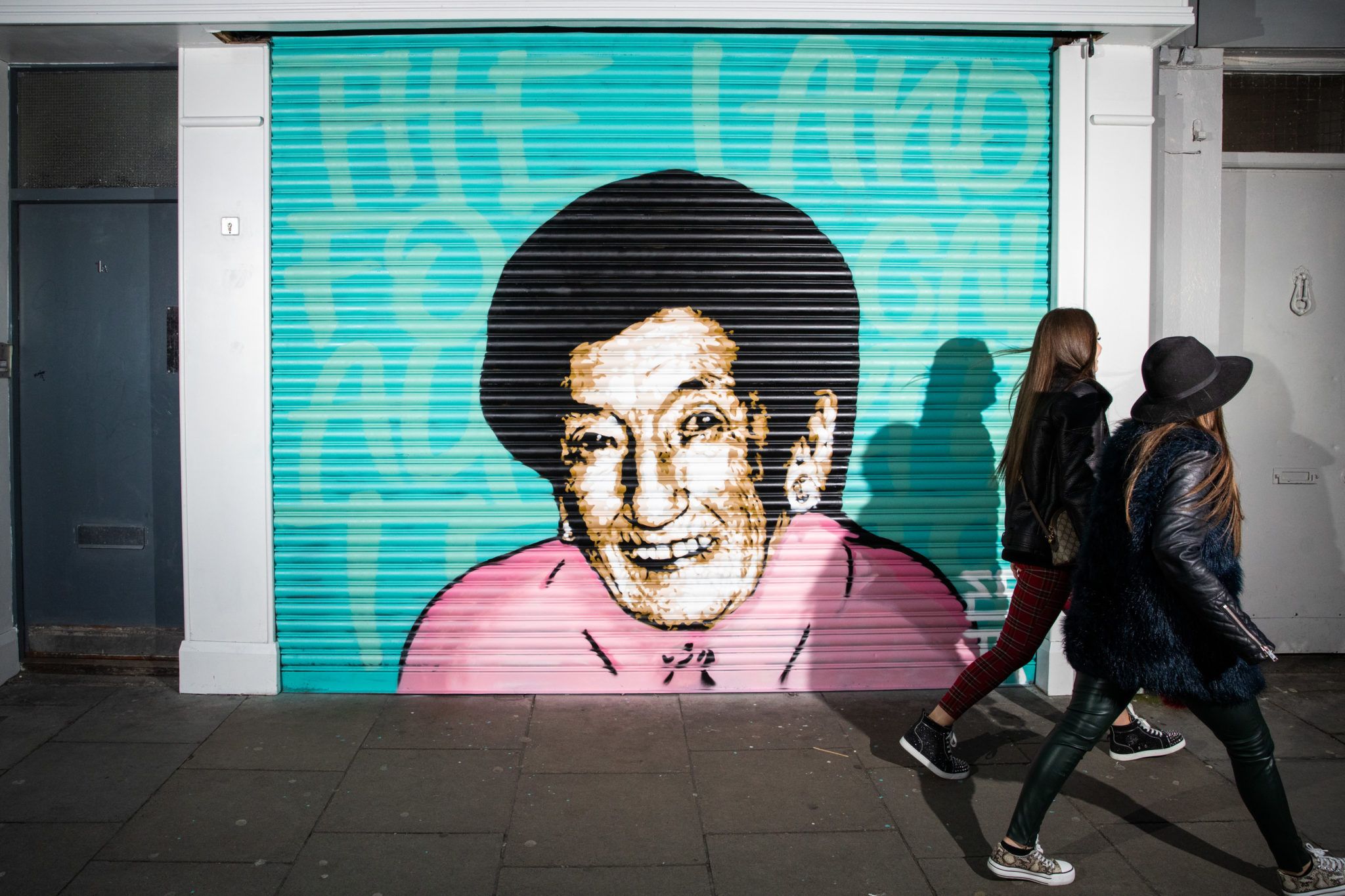 The gallery sees Roe & Co collaborate with Liberties-based historian Liz Gillis, local business owners, Irish and international artists and subjects of the artwork and their families, bringing to life “incredible stories of activism, community and bravery”.

The night gallery sees five shop and cafe shutters along Meath Street transform into beautiful tributes to some inspiring women.

Emmalene Blake took to the shutters of Legit Coffee Co to honour Madge (Margaret) Fagan, one of the first women to embrace social activism on behalf of her community. Hailing from Pimlico in Dublin 8, she advocated for the rights of local authority tenants for over 50 years. 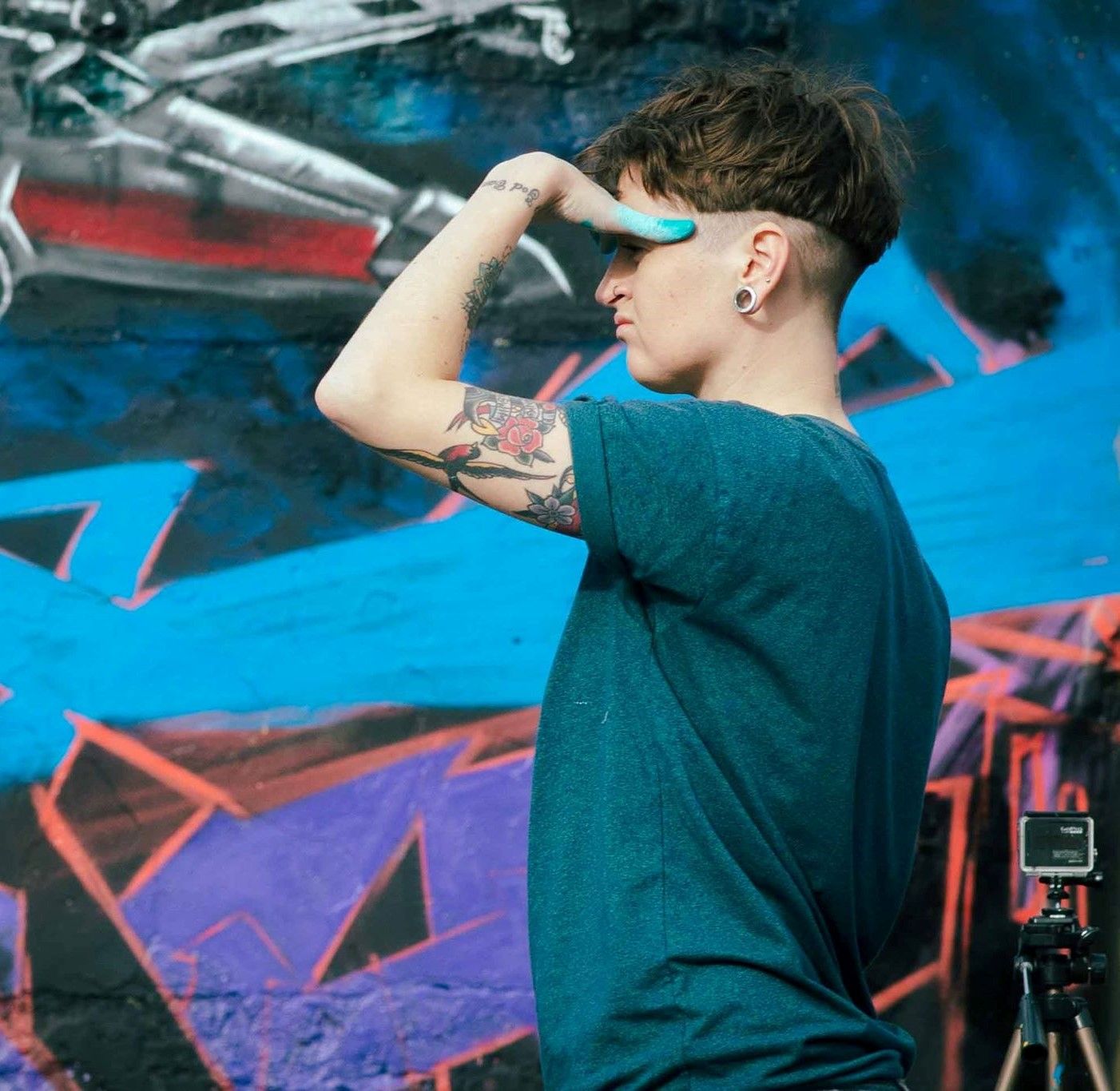 Artist Fink pays tribute to Máirín Johnston on the shop front of Norton’s Greengrocer. Johnston was born and raised in The Liberties. She was a core member of the Irish Women's Liberation Movement, having led a group of 47 women to Belfast to purchase contraceptives which were still banned in the republic. 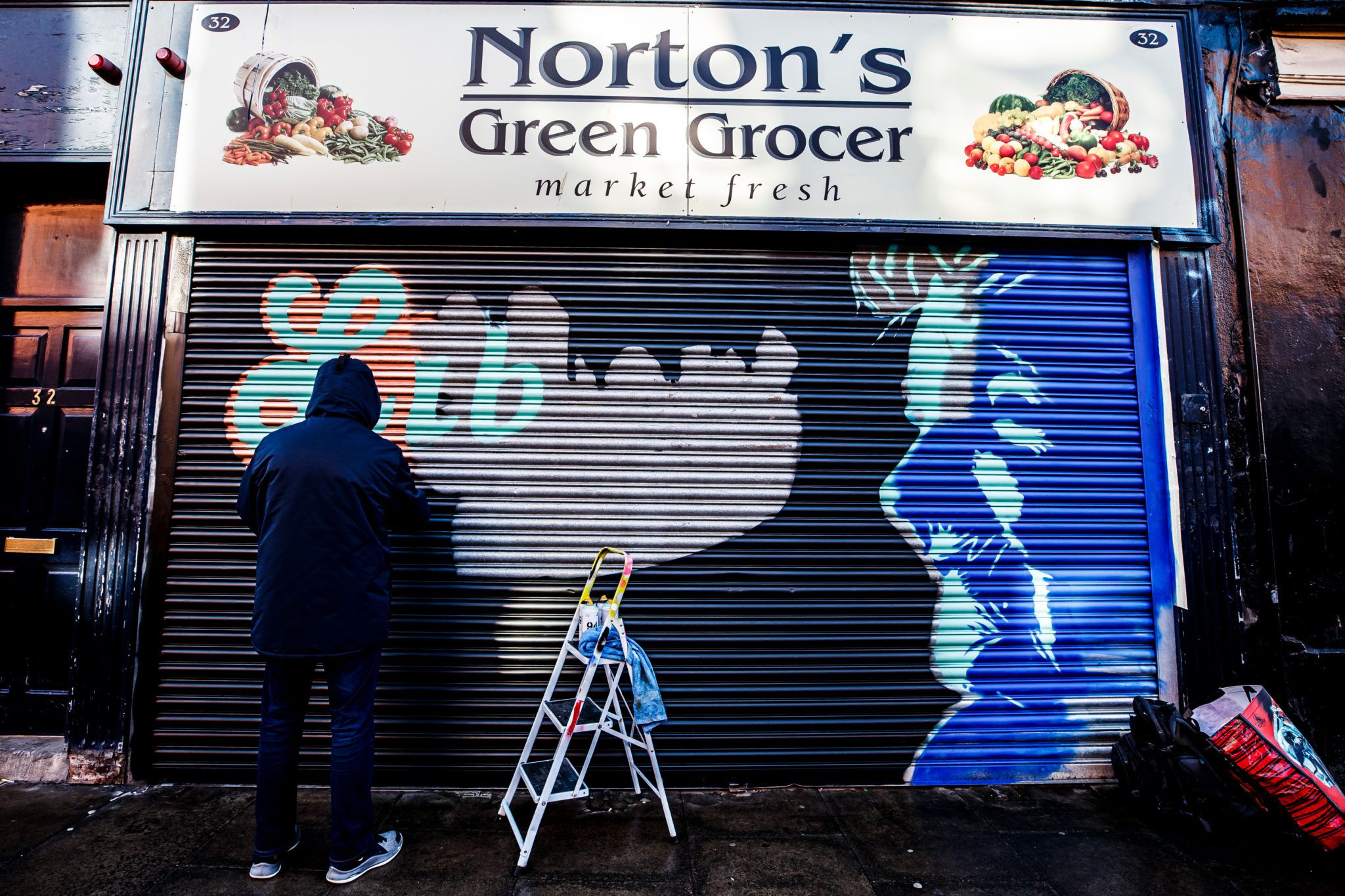 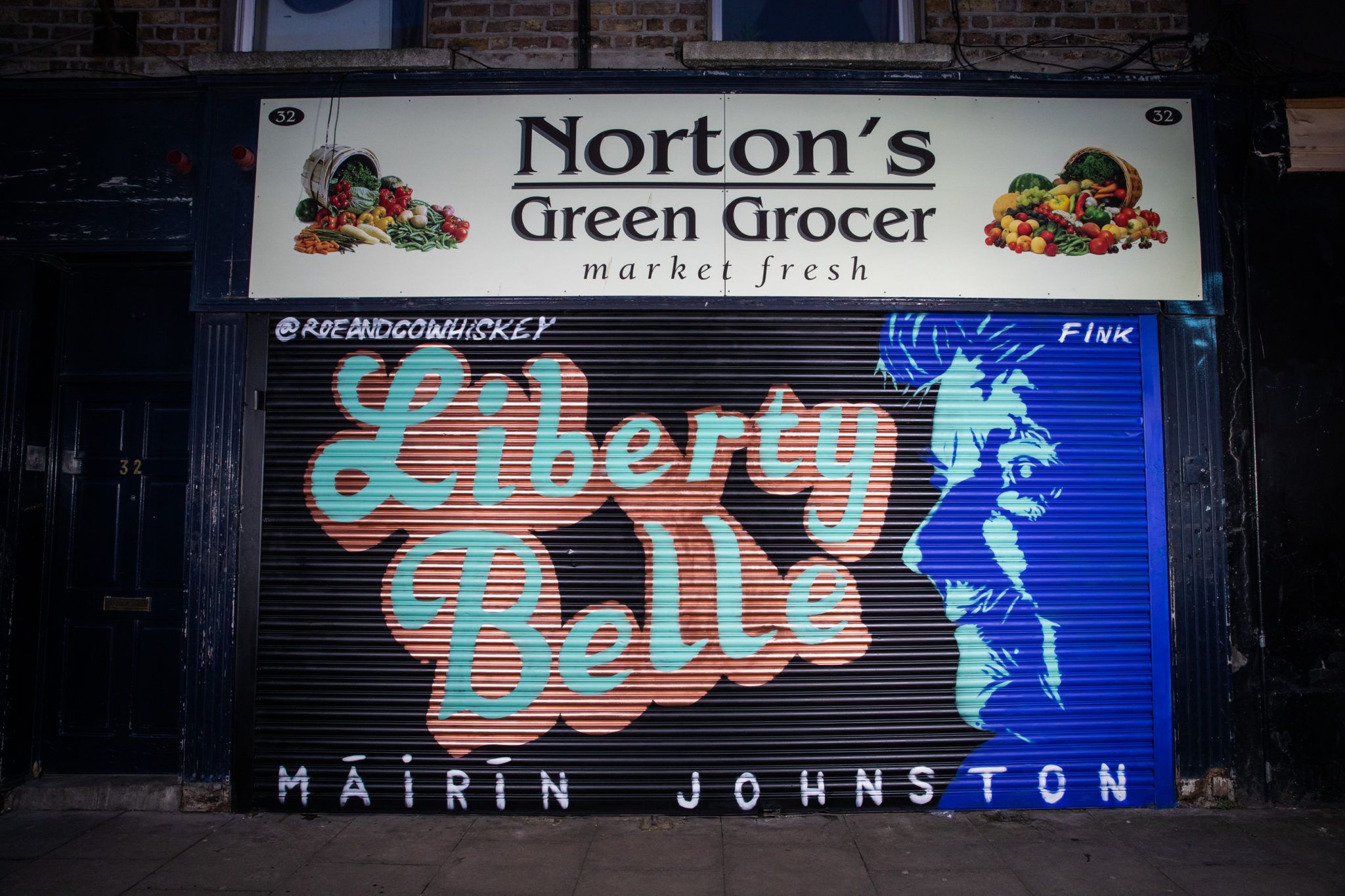 The all-female artist collective known as EPOCH pays homage to Anne Devlin as part of this night gallery on the shutters of C&N Meats. Devlin was an Irish revolutionary who lived and worked in The Liberties following her release from Kilmainham Goal. She was known for her loyalty to Robert Emmet, the leader of the 1803 Irish fight for freedom. 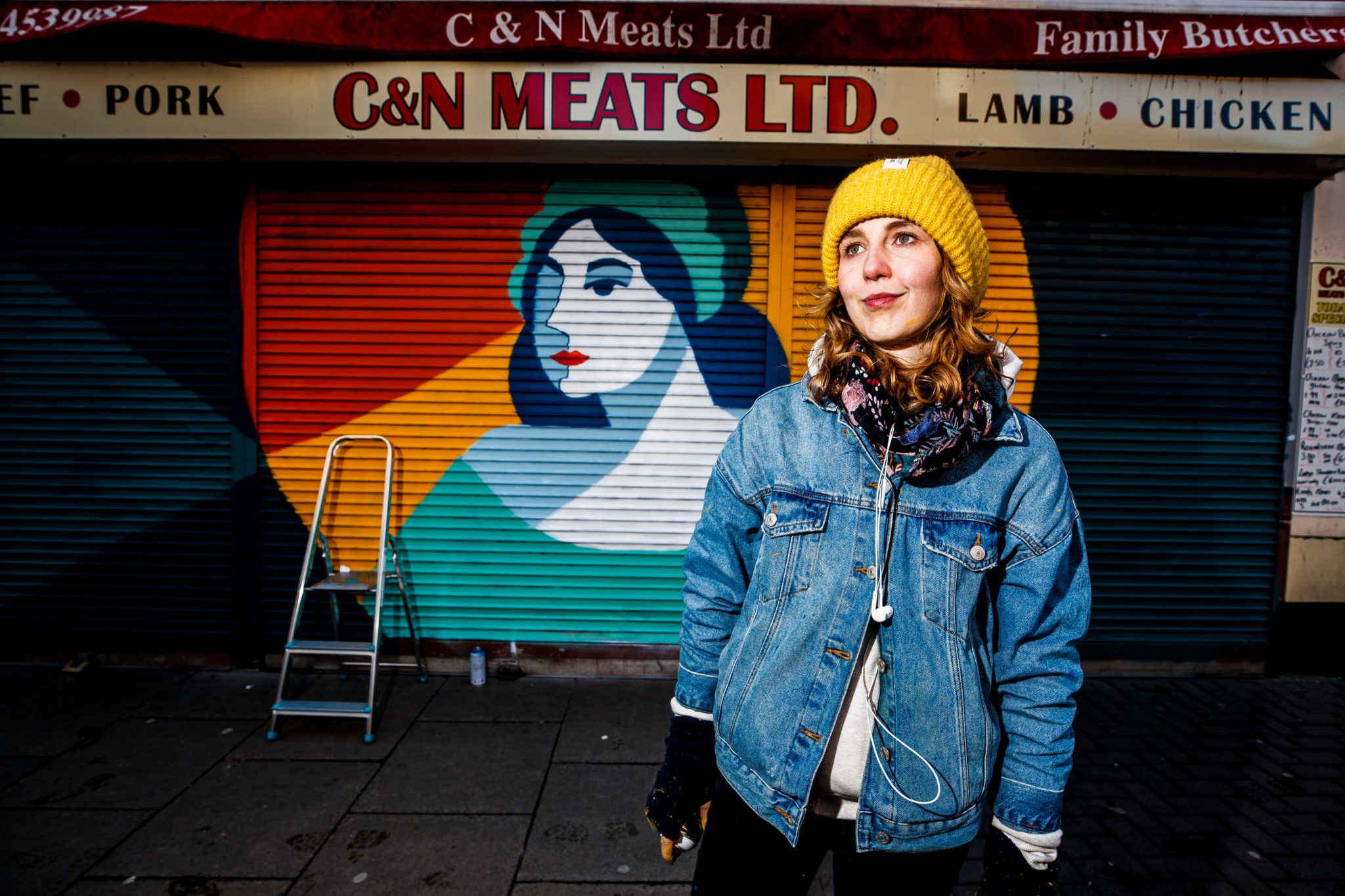 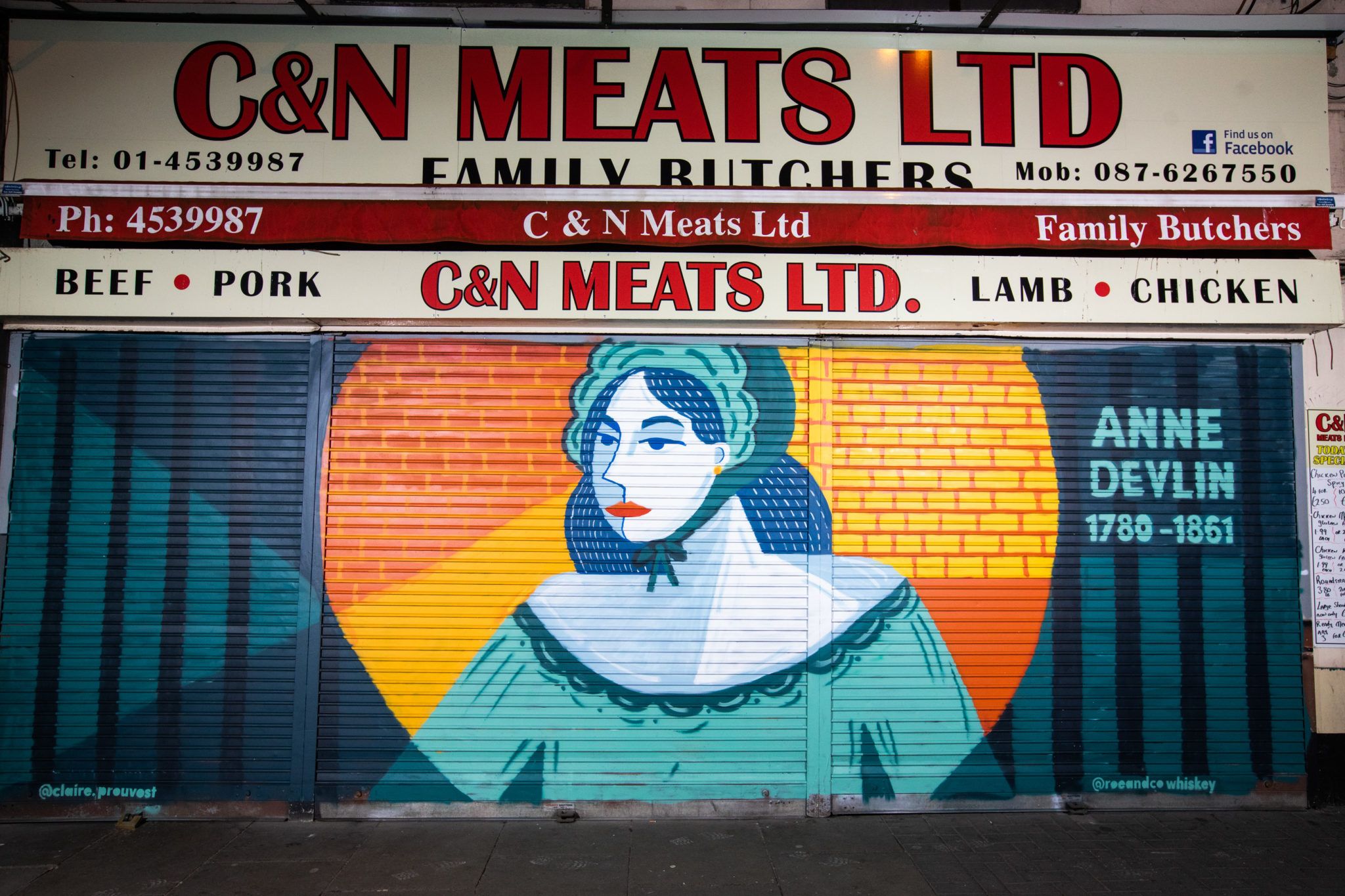 EPOCH also took to the shutters of St Vincent de Paul. Here, they honour Kathleen O’Connor and The Liberties traders, who gave (and continue to give) the area its unique charm. 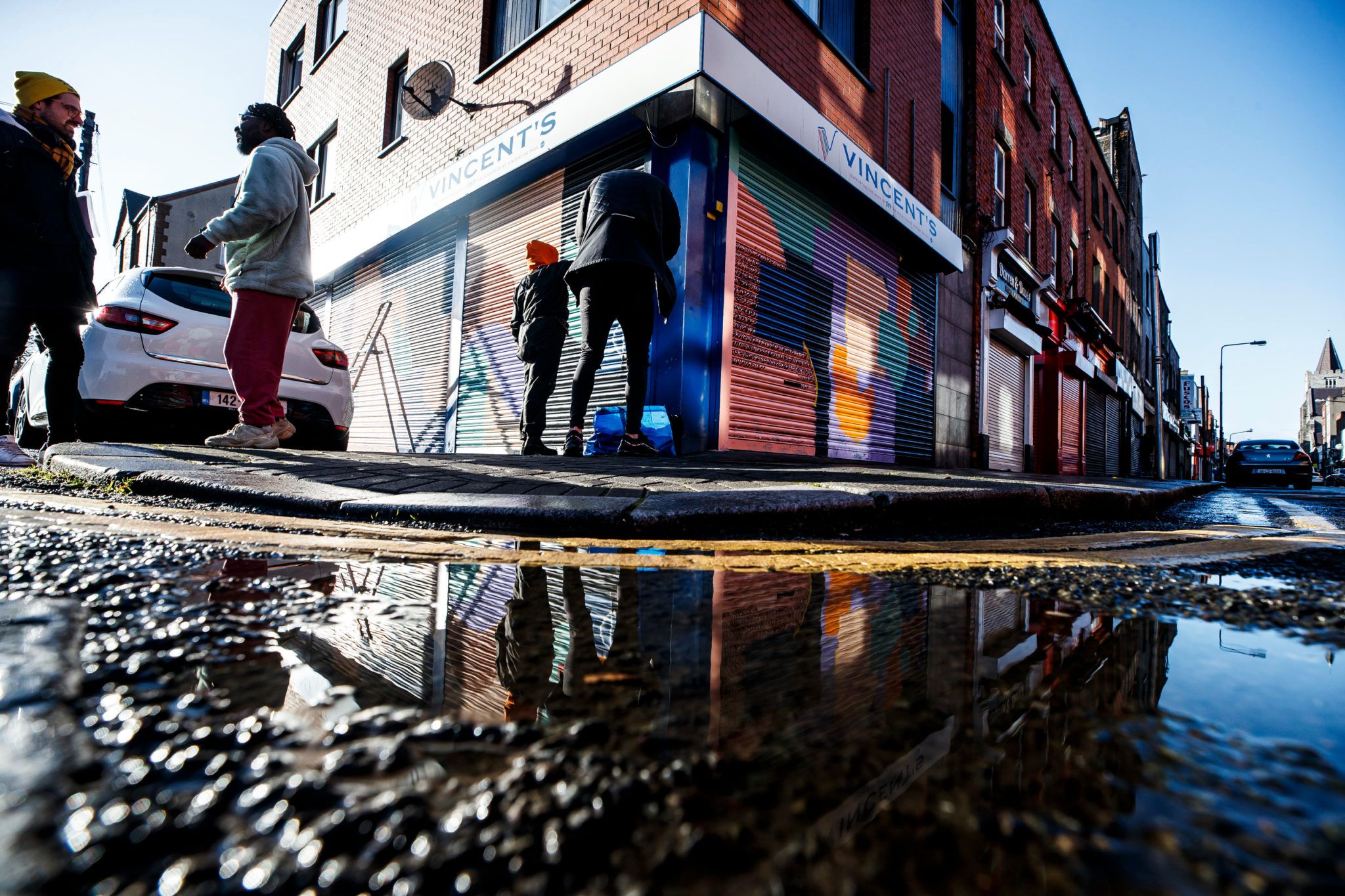 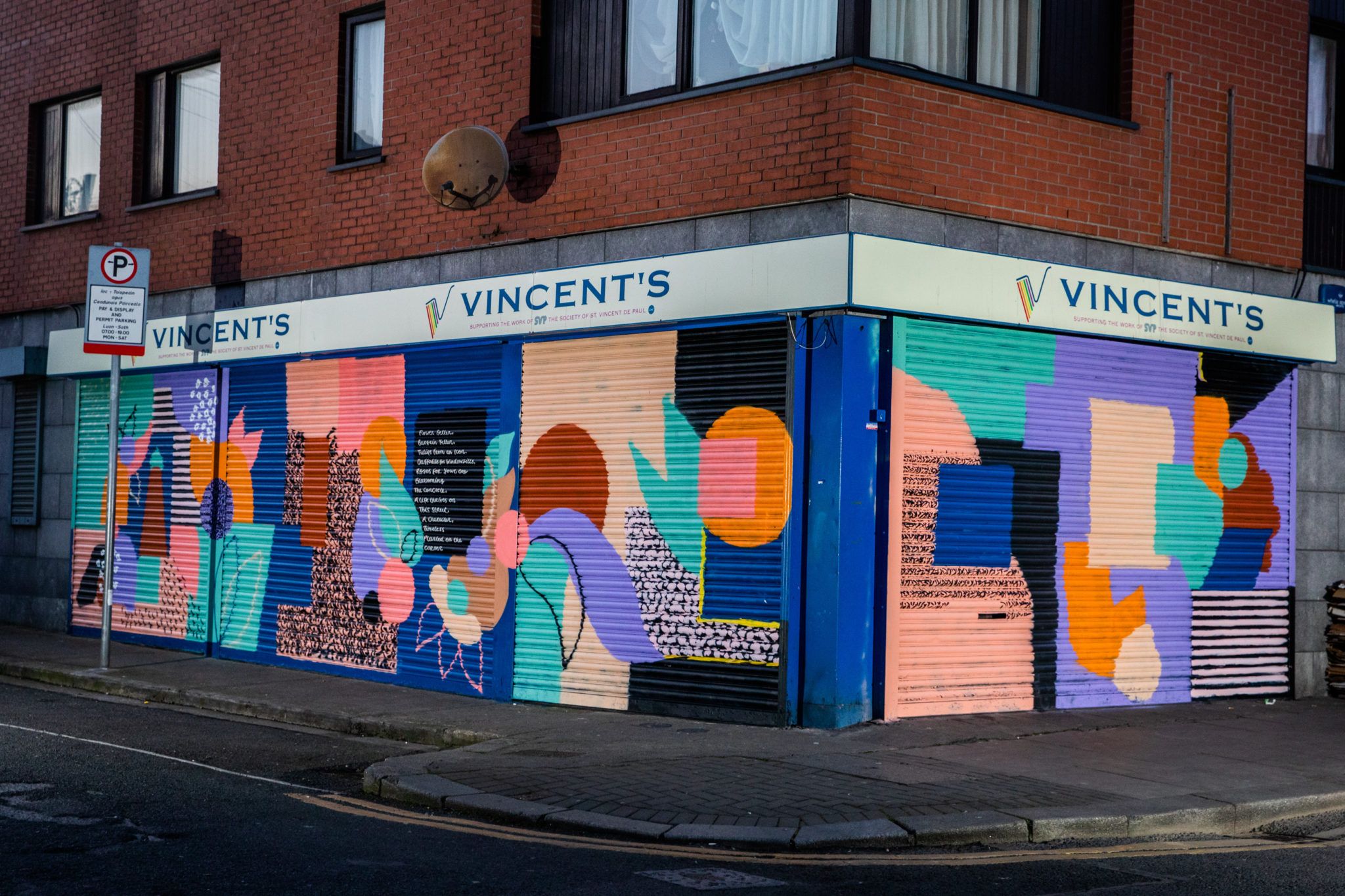 And finally, Constance Markievicz is remembered by Kathrina Rupit on the shutters of Catherine’s Café and Bakery. Where to start with Constance Markievicz? The politician, revolutionary, nationalist, suffragist and socialist was instrumental in the 1916 Easter Rising. She was the first woman elected to the UK House of Commons and formed the first Dáil éireann, becoming the first female cabinet minister in Europe. 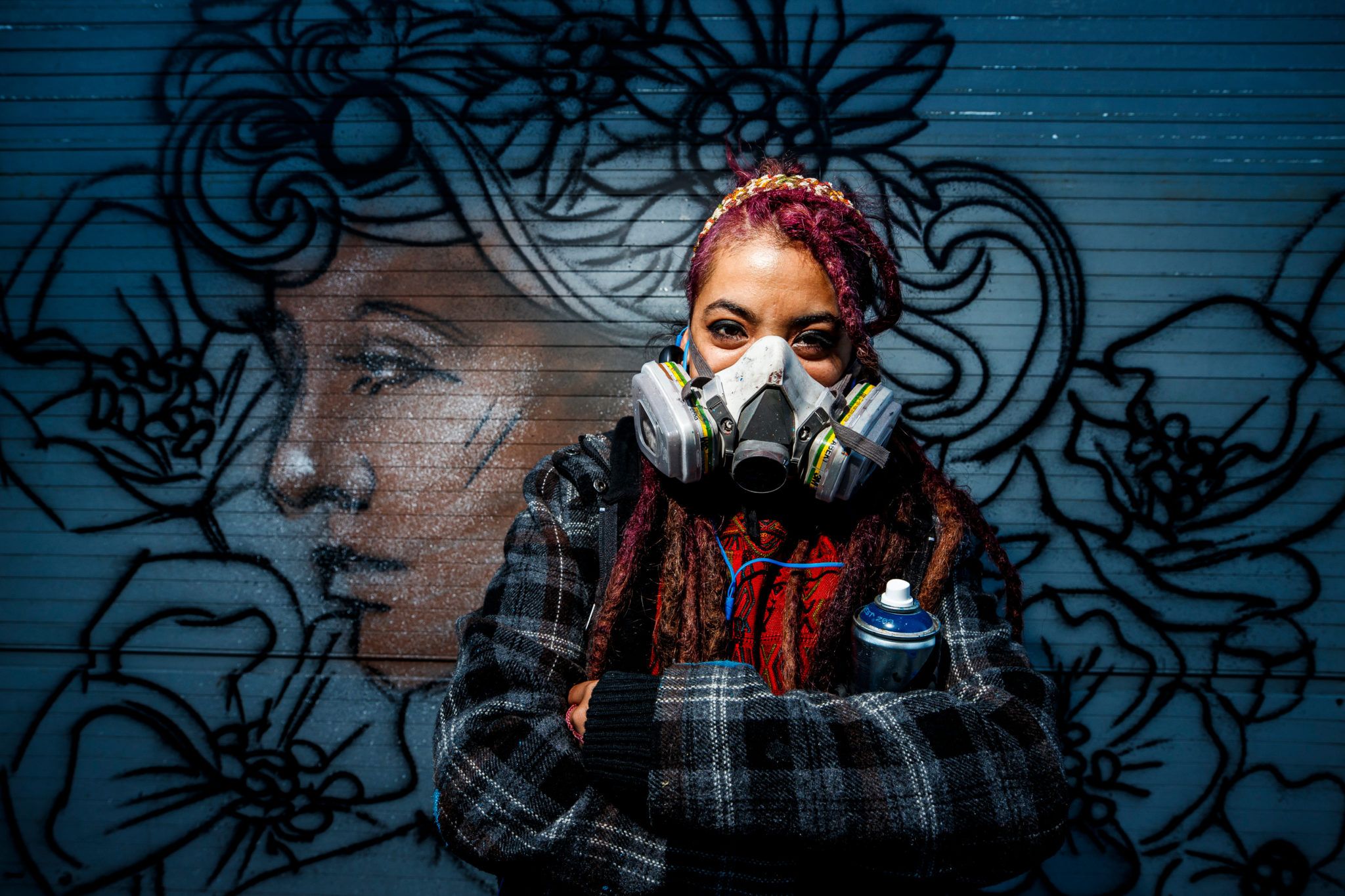 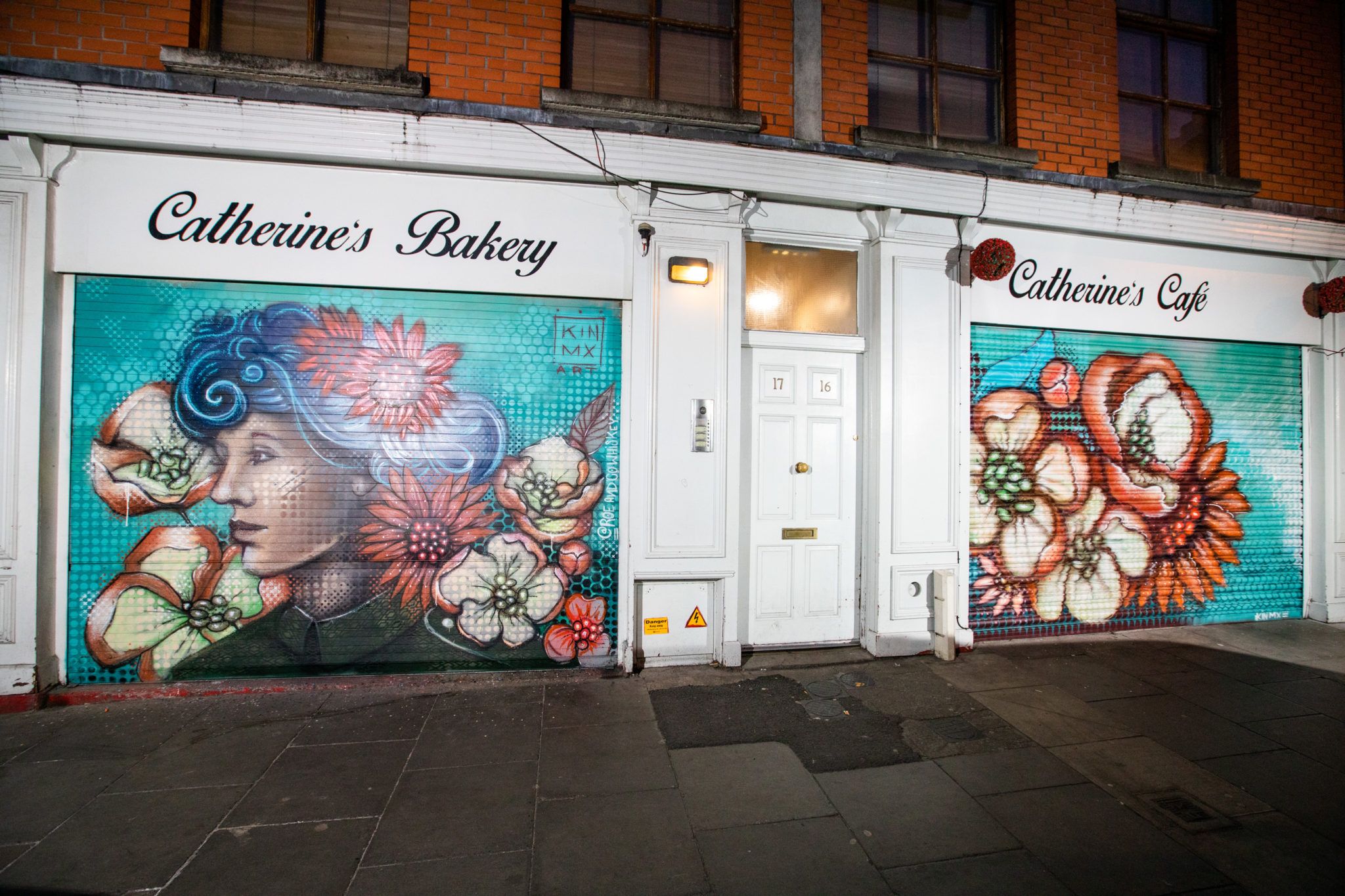 Plus, from March 13 to 17, Roe & Co will continue the Modern Éire campaign in their distillery. EPOCH will open their exhibition ‘Hidden Treasures’ in the slick surroundings of the distillery on Thomas Street, giving us a “modern take on St Patrick’s Day”.

The Roe & Co distillery is found in the heart of this Dublin creative quarter on Jame's Street, just around the corner from the night gallery.

Having moved there last summer, the distillery gives visitors the opportunity to experience modern Irish whiskey like never before. Discover the flavours of the whiskey, create your own cocktail in a hands-on workshop and chill out with a drink in the stunning surroundings of the Powerhouse Bar.