Self-love is the only love, after all.

When we heard Duncan James of Blue fame was coming to Dublin today for a big revelation, we were pretty excited. But we certainly weren't expecting him to unveil a statue of himself. Self-love goals, right? 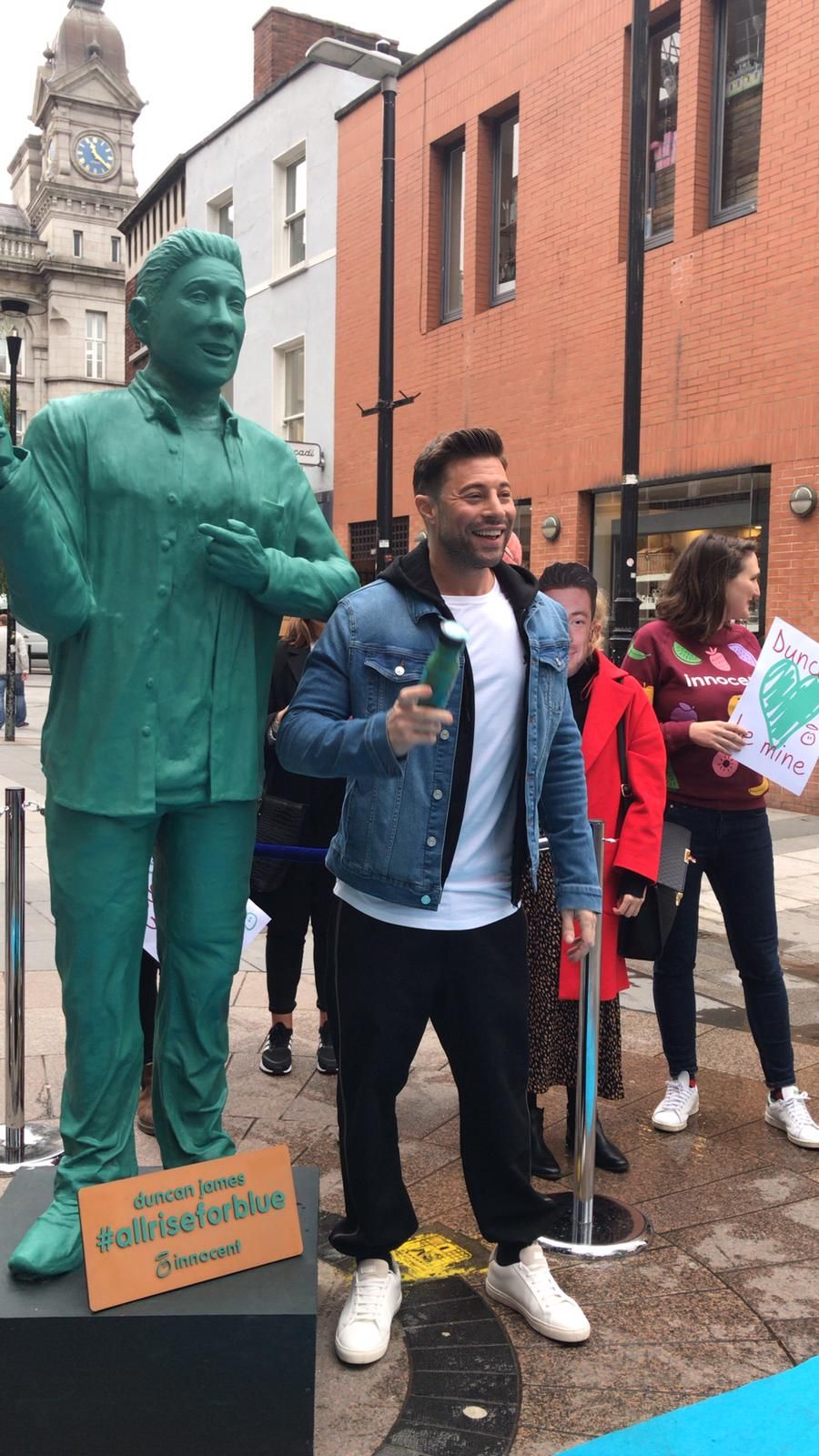 Well, it was actually done as part of a brand new campaign for innocent, who have just released a brand new blue drink. Have you made the link yet?

Duncan has been acting as the ambassador for the new drink, aptly named Bolt From The Blue.

Duncan was surrounded by fans and confused onlookers alike today before he revealed the statue, immortalising him in the streets of Dublin. 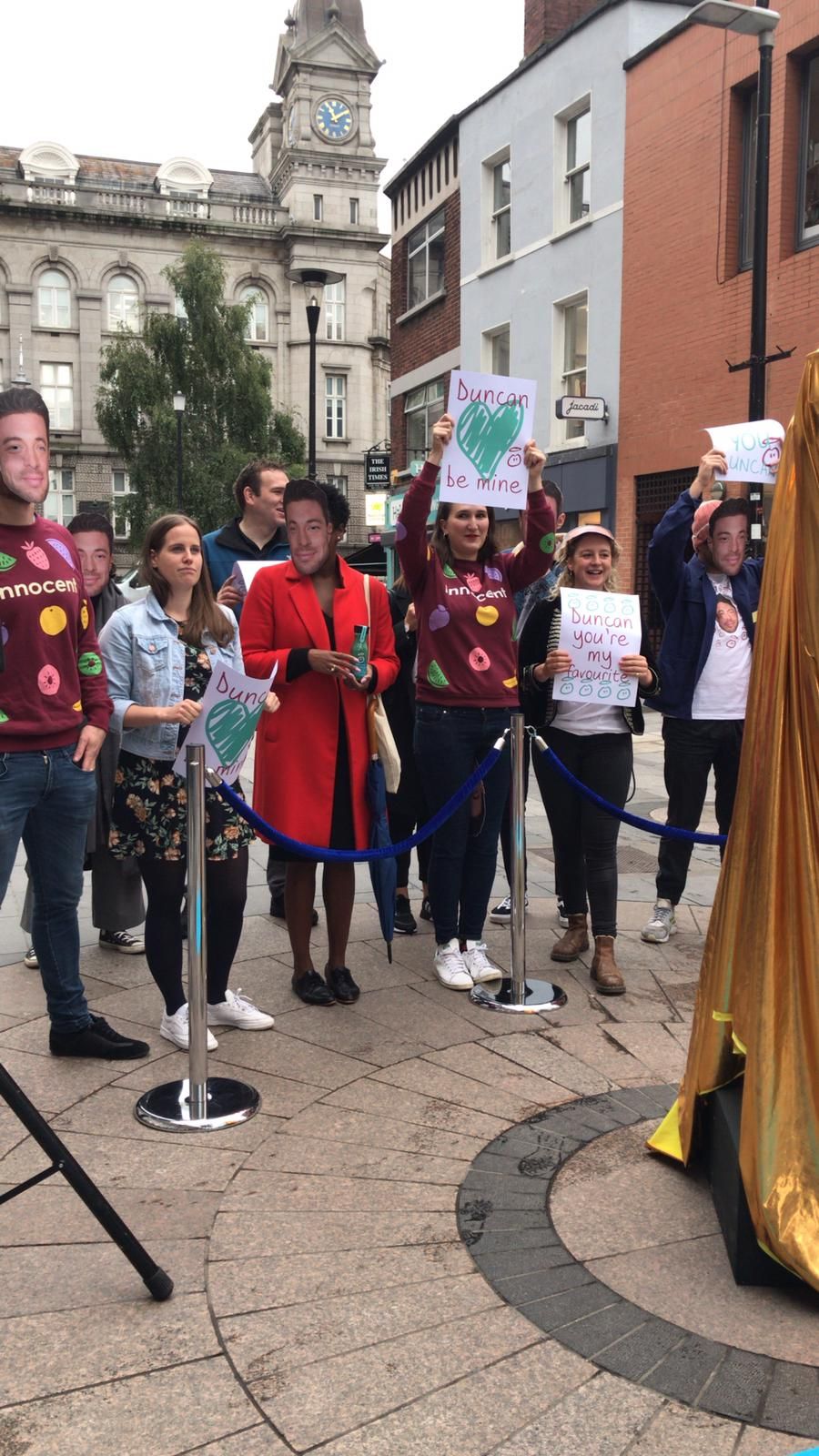 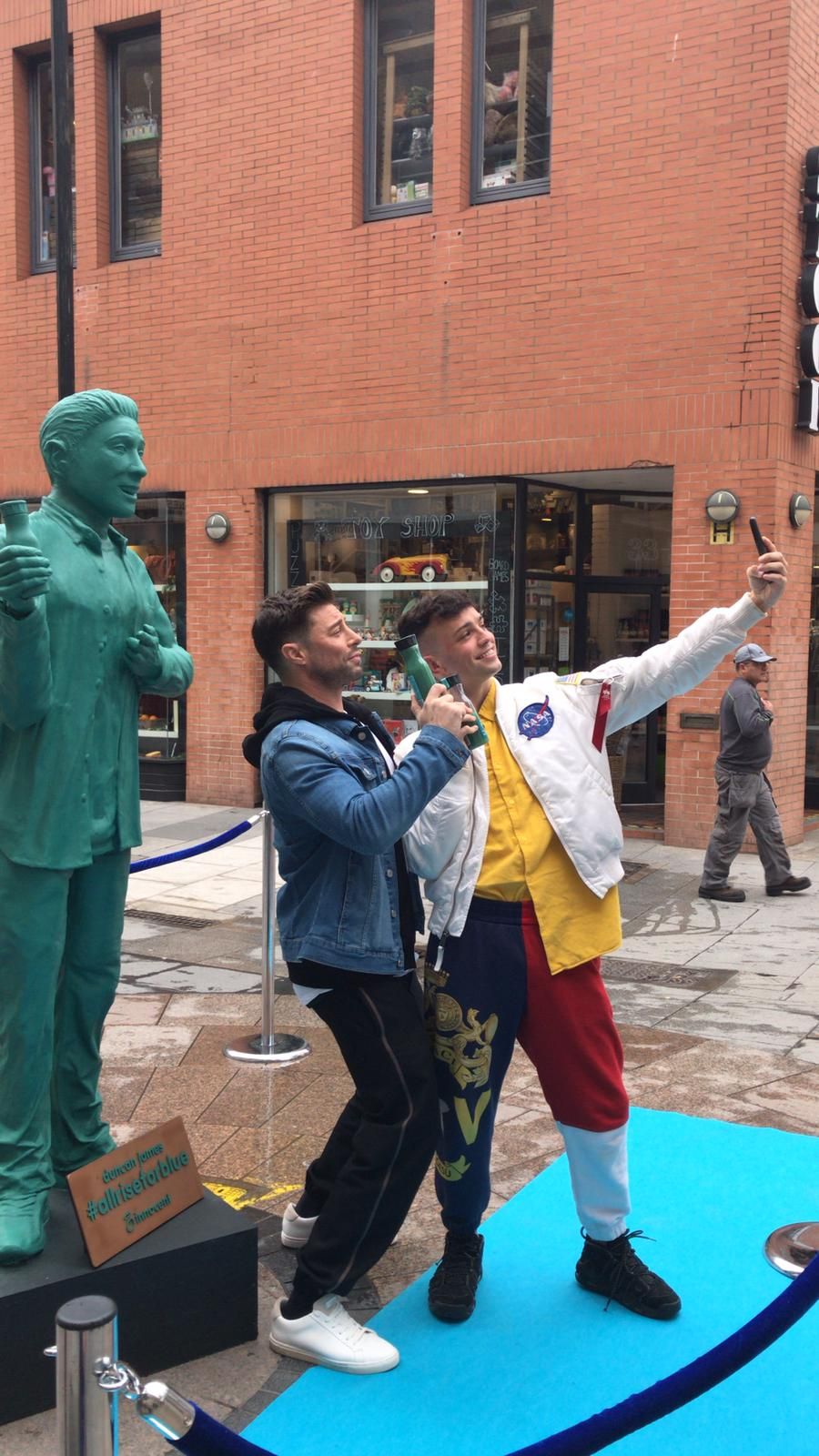 Duncan himself explained why he decided to get on board:

"I’m definitely not selling out. I mean Blue the band - blue drink, it’s a natural fit!

"Bolt From The Blue and the innocent plus range are boosted with vitamins to keep your body feeling tip-top and if you check out my statue on South King Street, you can see I know a bit about keeping my body feeling great. Excuse me, I just need to call my agent to see if my cheque has cleared." innocent recently released the brand new drink, which is full of vitamins and even counts as one of your five a day.

Bolt From The Blue is made from apple, guava, coconut water and a dash of spirulina- which gives the drink its signature blue colour. Jaysus, with all of those nutrients, it's sure to keep you from feeling blue...

I'm going to keep going with these puns and you can't stop me!