If you're looking to buy your first property, we have a proposition for you: a gorgeous university town in North County Kildare that goes by the name of Maynooth.

Between restaurants, bars, cafés, transport links and all kinds of amenities, Maynooth is the place to be as of late.

Being just a 30-minute drive to and from Dublin City Centre, it's the perfect mix between the peace of rural Ireland and the excitement of urban living.

From the university to the chocolate shop, this town has it all #ad

Since 2018, we have been assisting first-time buyers with everything property-related. We've hosted (and continue to host) summits and informative brunch events, and we've highlighted some of the best areas to look for property.

And we aren't limiting ourselves to Dublin City. Because this time Maynooth is under the spotlight. We decided to put together a list of just eight reasons Maynooth is a fantastic place for first-time buyers to consider.

(Psst! Make sure you try AIB's handy mortgage calculator here to find out how much you're eligible to borrow!)

In terms of nature and green space, Maynooth has plenty of it, namely Donadea Forest. Covering approximately 243 hectares, the forest features an array of different walking routes including the 5km Aylmer loop, the lake walk and the nature trail.

The forest is also home to many historical features such as the remains of a castle, walled gardens, a church, a tower, an ice house and a boathouse, as well as a 2.3-hectare lake.

Maynooth has its fair share of restaurants and eateries. Popular spots would be Stone Haven, Avenue Cafe And Restaurant and Bistro 53.

There are also some interesting eats to be found in Picaderos Argentinean Grill and Spanish Restaurant, Donatello's authentic Italian restaurant.

A post shared by picaderos restaurant (@picaderosrestaurant) on Aug 21, 2016 at 2:10am PDT

If you work in Dublin, then you might be surprised how easy it is to get to and from Maynooth from the city centre, because there are plenty of options.

Plus, there is also Dublin Coaches, which will take around the same time.

Waiting for the train......in the sunshine ☀️

As well as restaurants and cafés, Maynooth is also made up of some pretty great pubs and even nightclubs.

A popular spot would be The Duke and Coachman, which is an incredibly chic and swanky bar featuring modern decor, a fairly nice beer garden, some unreal food, tasty cocktails and late opening hours.

Another popular spot in Maynooth is The Roost, which is a great spot to watch soccer, rugby and GAA and enjoy some late-night antics on the weekend.

It’s almost the end of #humpday! Why not treat yourself to a cocktail🍹 #TheDukeAndCoachMan #DukeAndCoachman #Maynooth #Kildare #cocktail

If you're into fitness or if wellness plays a major role in your life, then there is plenty in Maynooth for you.

Glenroyal Leisure club features a gym, massage, health and beauty treatments and a swimming pool. Meanwhile, Maynooth University offers the use of its state of the art gym.

Kildare Now actually recently reported that a 24-hour gym facility was being planned for Maynooth. 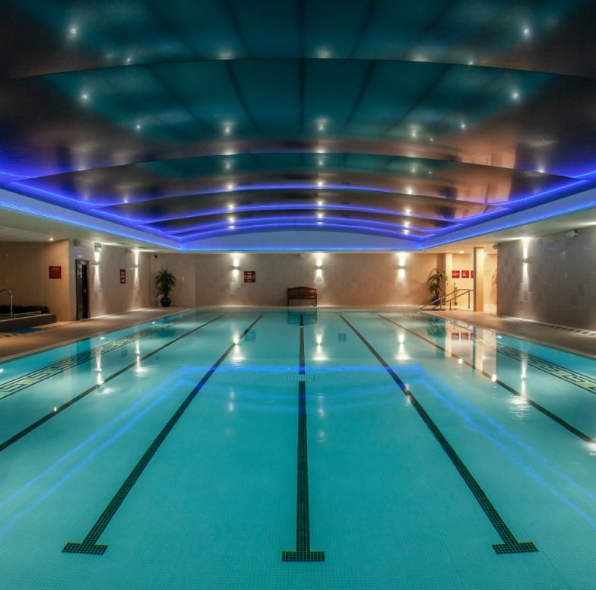 Yes, you read that right. Maynooth has its very own chocolate cafe,

Established by Nicolas Bateau and Cyril Borie, who hail from Bayonne (AKA the chocolate capital of France), L’Art Du Chocolat first opened in Maynooth in 2013.

They use Valrhona Chocolate to produce handmade chocolates and sculptures. In the Chocolate Bar, you can enjoy fine French-style patisserie and chocolate treats which are made right in front of you.

One of the main things Maynooth is known for is the university. And what comes with a university? Well, students, of course.

Having the university in Maynooth brings a certain kind of liveliness to the town, and the bars and clubs will normally have a fantastic atmosphere every night of the week.

But the university itself is a fantastic amenity to have in the area. It has its own bar and open events on campus too.

As well as Donadea Forest, there is also the Leixlip to Maynooth Walk, a picturesque canal walk that normally takes around two hours to complete.

The Royal Canal starts in Dublin and makes its way through Kildare, Meath, Longford and Westmeath, providing plenty of opportunities for picturesque strolls along its banks.

Once you've completed the walk, you can enjoy everything that Leixlip has to offer: cafés, restaurants, bars and much more. Then, you can make your way back along the canal, or take the train back to Maynooth from Leixlip Confey Station.

Making a constant gift of oneself in love to God and others leaves the human person with no time for pride or conceit. #Sundays #prayer #love #contemplataaliistradere

Are you thinking about buying your first home? Keep an eye on our AIB Livin Dublin hub, which will house all the information you'll need as well as updates on upcoming first-time buyer events.