London is practically just a hop, skip and a jump away from Dublin and, since it's one of the most popular cities in the world, us Dubliners should really be taking more advantage of our proximity.

All you need is a good enough excuse to make the trip — so we've assembled seven good reasons to visit the English capital this summer.

We've teamed up with Clayton Hotel Chiswick, ideally situated to explore all that London has to offer, to give you the inside track to the city.

The easily accessible Clayton Hotel Chiswick is nestled in the leafy suburb of the city, a mere three-minute walk from Gunnersbury tube station, and offers the perfect balance of high end luxury without the extortionate Central London prices. The hotel is easily reached from Heathrow or London City Airport, which receive eight flights from Dublin daily, and is located near Richmond, Kew Gardens and Westfield Shopping Centre.

Clayton Hotel Chiswick is running a special promotion where you can get 25% off your next stay and several other benefits... but you'll find out more about that at the bottom of this article.

Simply pick one of these events and start planning your trip to London this summer...

Why not start your weekend on a literal high?

Make your way to Archbishop's Park where you'll find Zip Now London, home to some of the world's fastest urban zip wires.

Here you'll climb to a whopping 35 metres above the city and descend at speeds of up to 50mph. Not a bad way to get a look at that skyline, eh?

Taking place on the Southbank, the celebration is crammed with so much entertainment that there's guaranteed to be something for everybody.

You can expect comedy, music, street food, circus, theatre, cabaret, and even children’s shows. Definitely worth a try.

Where? The Southbank, in-between Southbank Centre, Jubilee Gardens and the London Eye, just off Belvedere Road

How much? Prices vary depending on the show

After you've done your obligatory touristy activities, why not put your feet up at the movies?

Don't go to just any old picture house, however, but The Luna Cinema, a charming open-air cinema which travel throughout to UK where you'll be able to see the likes of The Greatest Showman, Dunkirk, The Shape Of Water, Mean Girls, Moulin Rouge! and many more.

We also highly recommend you pack a picnic for the occasion.

Spend one wild night on a hallucinatory trip around London for this annual arty extravaganza.

Kicking off at the beginning of the evening and ending at dawn, in your wanderings you'll stumble upon installations dedicated to contemporary art, performance, music and architecture.

This year Art Night will focus on the theme of the home, gardening and urban produce.

Where? From Southbank Centre, through Vauxhall and Nine Elms, to Battersea Power Station

If you're a theatre goer, or you're thinking about becoming one, there's no better excuse to visit the West End right now than to see Hamilton.

6. The Comedy About A Bank Robbery

If you prefer your live performances to be of the humorous variety, check out The Comedy About A Bank Robbery.

Set in '50s Minneapolis, this slapstick comedy tells the story of how an escaped convict, his righthand man, his girlfriend and a maintenance man attempt to rob a priceless diamond.

Considering the show received rave reviews for its hilarity from the likes of The Telegraph, The Times and WhatsOnStage, you can be fairly certain you're in for good ol' chuckle.

Why not take in the colourful sights and cacophonous sounds of London's biggest street festival?

Caribbean traditions, music and food spills into the streets of west London over this annual wild and wonderful weekend.

Save €10 per room per night every time you book with claytonhotels.com.

Right now they're also running a special promotion where you can get 25% off your next stay, including complimentary breakfast, late check out up to 3pm and a drink voucher!

What are you waiting for? Book a stay at Clayton Hotel Chiswick here. 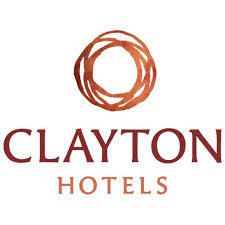 The future of ordering drinks post-Covid and beyond is here