We've teamed up with Fire & Smoke to tell you a little about six Southern US states, shining a light on their most delicious dishes and helping you whip them up at home.

This time around we're heading to the Pelican State, before showing you how to make a delicious Fire & Smoke Louisiana Style Ham & Sausage Jambalaya.

Here the guiding philosophy is "laissez les bon temps rouler" meaning "let the good times roll" and it's reflected in all areas of Louisiana life.

With strong Spanish, French, Native American and African influences, the state's rich cultural heritage has culminated in a great love for life, which is expressed through its jazz music, the spectacular Mardi Gras celebration, and Hogs For The Cause BBQ festival.

It's a complete melting pot and they make for the best foodie destinations.

But the most famous Louisiana dish has to be the hearty jambalaya, often made with smoked sausage, rice and the 'Holy Trinity' of onion, celery, and green bell pepper... 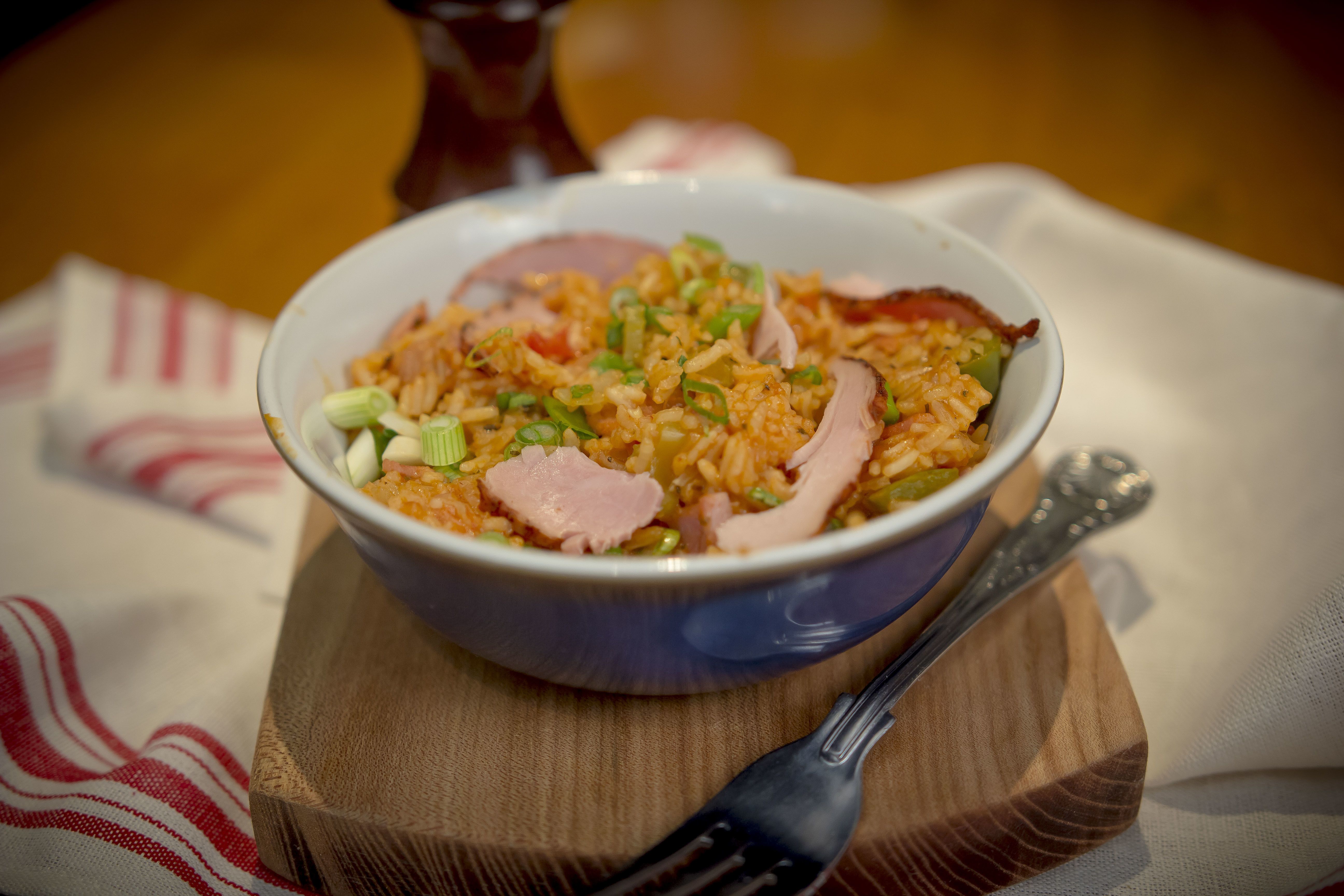 How tempting does that look? We reckon you’ll love this drool-inducing recipe for this tasty Louisiana Style Ham & Sausage Jambalaya.

Heat vegetable oil in a pan and add 350g of ground pork sausage to sizzle. Then add your chopped garlic and stir together.

Chop your green bell pepper, onion, and celery and add it to the mix. Take your paprika, oregano, sage & basil and stir in too. Then pour in the Worcestershire sauce.

Shred your Fire & Smoke Louisiana Style Ham and mix it into the pot. Then pour in your white rice, followed by the chicken broth and allow it to simmer for 30 minutes. Then you're ready to get stuck in!

The next time you're hankering for a feed, keep this bad boy in mind.