Niamh O'Sullivan is celebrating the launch of the Smirnoff Summer Sound Series with us, so we got her to put together her ultimate summer soundtrack.

Smirnoff and Lovin have teamed up to celebrate the launch of Smirnoff’s Selzer through the Smirnoff’s Selzer’s Summer Soundtrack. We challenge some of Ireland’s favourite personalities to curate the soundtracks to their summer, which you can check out on our IGTV. Expect bops, tunes and a serious dose of nostalgia as they reminisce on summer holidays, romances and everything in between.

We may not have got the summer we wanted, but these familiar faces are still helping us enjoy the vibes with their tunes as we get nostalgic about our summer memories.

We all know Niamh O'Sullivan for her love of food, lifestyle and sustainability. We caught up with Niamh, enjoyed a deliciously refreshing Smirnoff Seltzer and she told us about her favourite sounds.

First up, Niamh chose Everywhere by Fleetwood Mac, telling us that "it's obviously such a classic so it's not like it brings me back to one specific time, except for the fact that I actually went to Fleetwood Mac last summer. It was amazing!"

Niamh went for another timeless classic that she says is the "perfect intro into your barbeque setting." She explains: "The burgers aren't quite ready but they're sizzling and you bring in Otis Redding's Sittin' On The Dock of the Bay".

There's some Irish representation among Niamh's selection as well as she chooses World Of Our Own by Westlife. She says that "I would honestly put myself up there as one of Westlife's biggest fans. This song - you can't not smile, you can't not sing along and I refuse to accept anyone who tries to go against me on any of those points!"

You can watch our full chat with Niamh O'Sullivan as part of the Smirnoff Summer Sounds Series below...

Summer 2020 may not have been everything we had hoped for, but we have teamed up with @smirnoffeurope to bring you the sounds of summer to keep those summer vibes going long into winter! This week, @niamh_osullivan shares her Smirnoff Seltzer Summer Soundtrack - think of those tunes that bring back memories of the greatest summers of your life. Refreshing Friday feels only. ?? #SmirnoffSummerSoundtrack AD

Made with Smirnoff vodka, sparkling water and natural fruit flavour, it's seriously delicious. Picture it now, you're in the back garden (or in the kitchen) and you have all of your favourite summer tunes playing in the background. Grab one of these stunning drinks and serve chilled. Does that sound gorgeous or what? 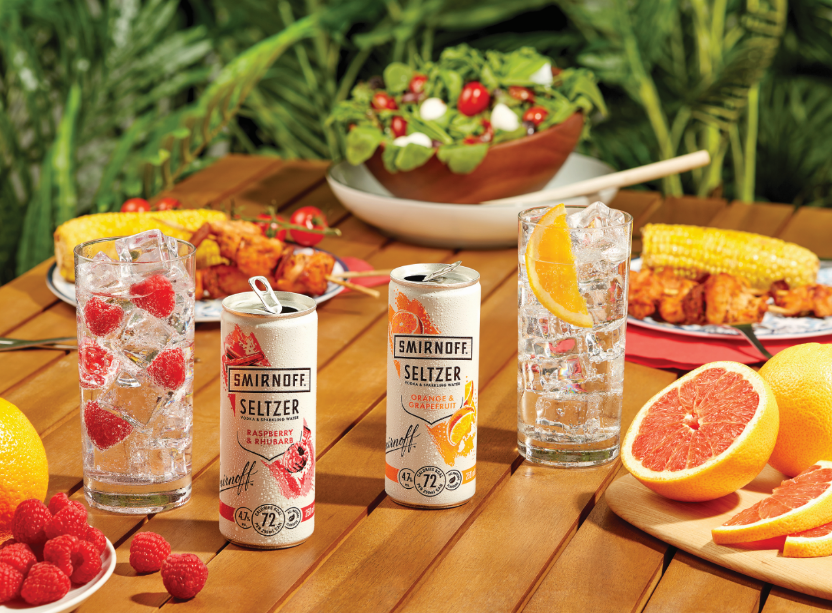 A delicious convenient and light drink with your three or four best pals. Sure what else do you want?

And if you need inspiration for the ideal playlist, then check out Niamh's ultimate summer soundtrack below.