To coincide with Migraine Awareness Week this week, 9th-15th of September, a new study conducted by Teva Pharmaceuticals Ireland has revealed the lack of awareness and understanding around migraine in Ireland, as well as a stigma attached to the condition.

To mark Migraine Awareness Week, 100 people lined the Samuel Beckett Bridge and raised awareness of the condition, which affects one in seven people in Ireland today, or 700,000 people living in the country today. 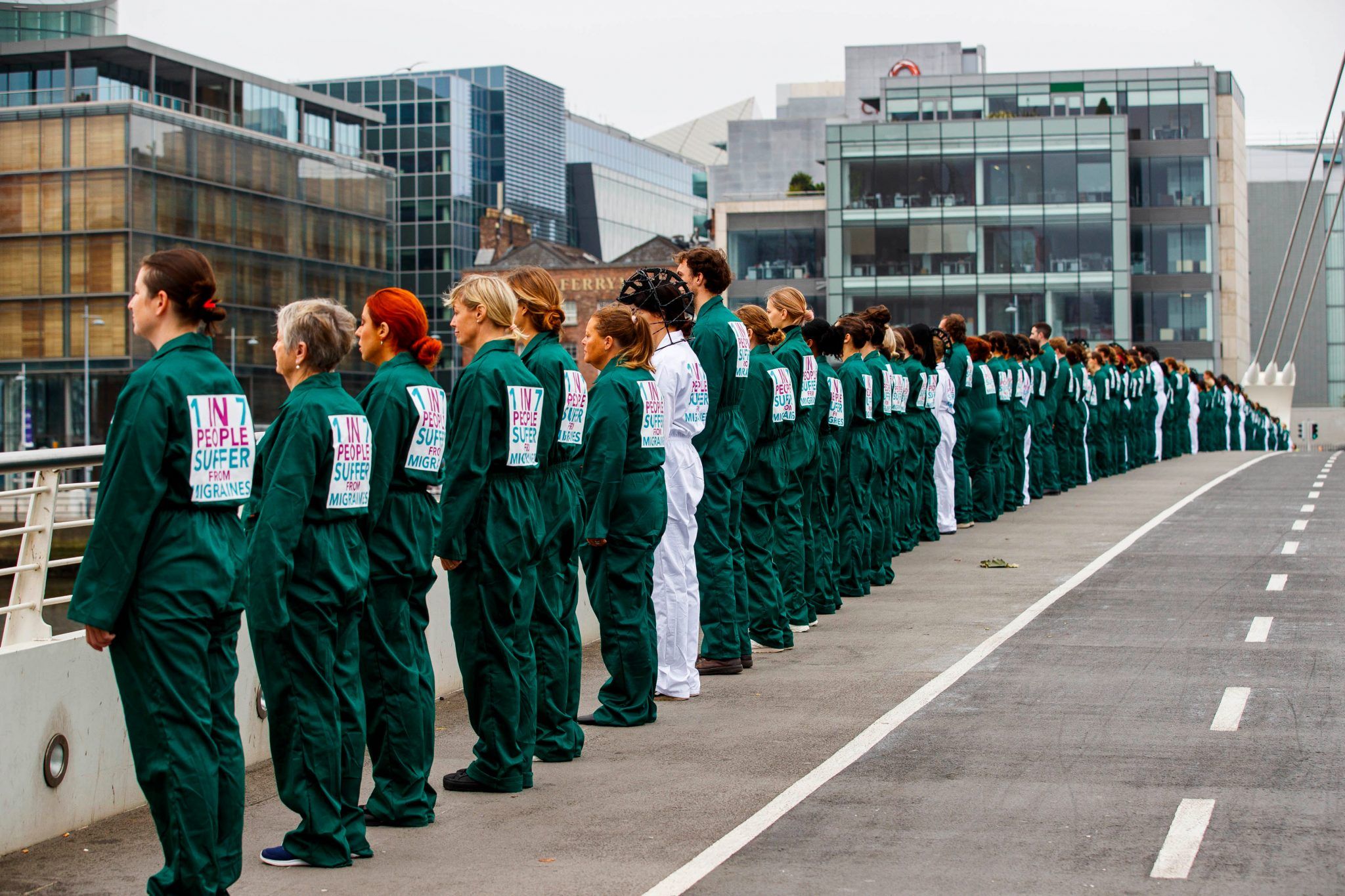 The campaign aims to remove the stigma attached to migraine and increase public understanding of what the condition actually is and how severe it can be.

One of the main aims of the campaign is to tackle the common idea of migraine just being a ‘bad headache’.

According to the new study, two in three migraine sufferers said that the most common form of stigma associated with migraine is that they are just overreacting to a bad headache.

While over half of people currently employed have either experienced a migraine at work or know someone who has, only two in ten people are actually fully aware of and understand migraine. 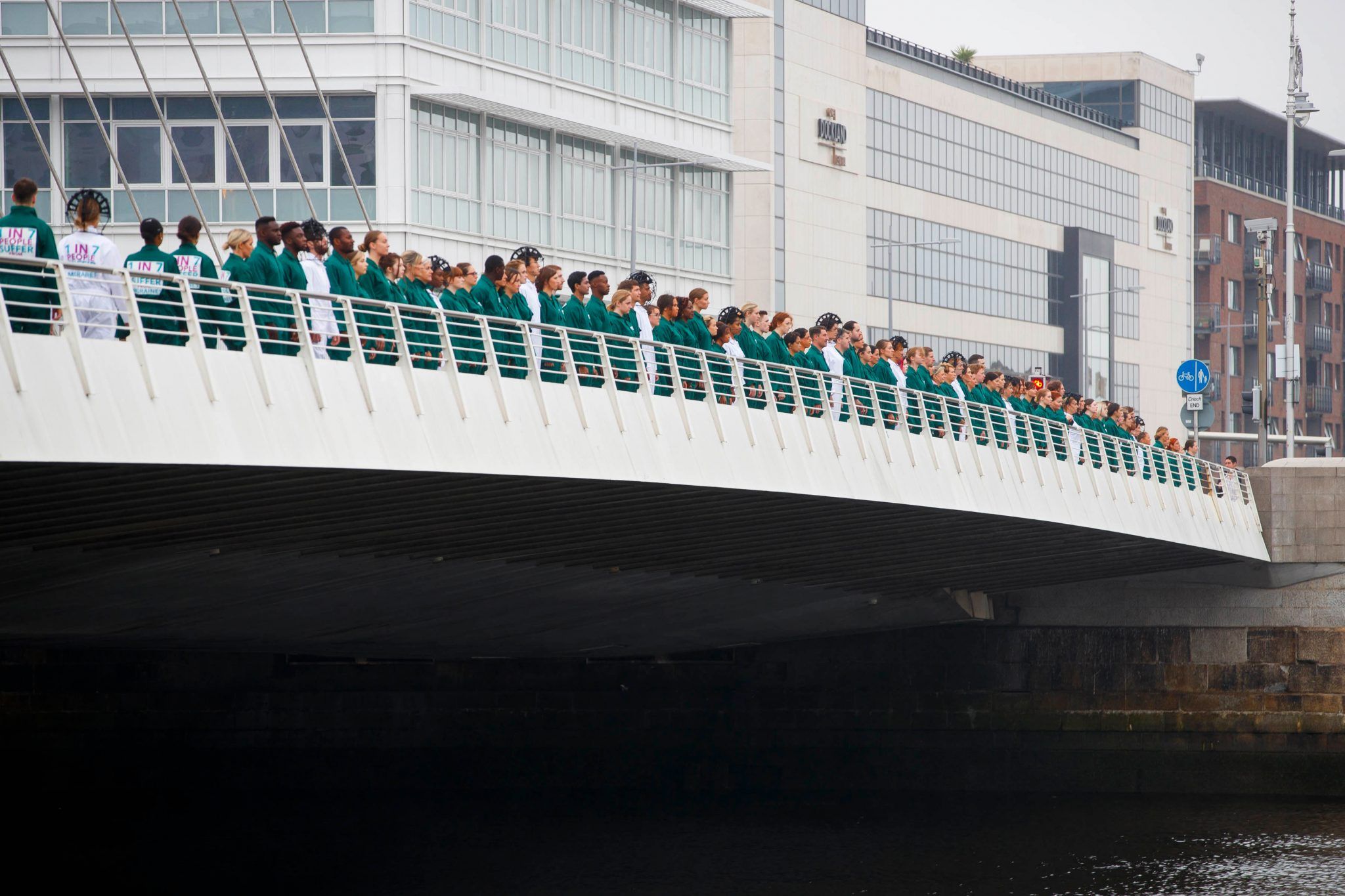 Director at Teva Pharmaceuticals Clodagh Kevans said, “Migraine is more than just a headache but a debilitating condition, which is often poorly understood by the wider public. Our campaign aims to create a better awareness of the condition and encourage those with migraine to seek professional support.”

Ciara O’Rourke, who is a working mother who suffers from migraine, said:

“Migraine can be a crippling condition. As a busy working mother, migraine, when it strikes, it really impacts my home and professional life. Thankfully I have an extremely supportive family, friends and work colleagues who understand how devastating it can be.

“Yet, sometimes one of the hardest things to cope with is people seeing migraines as just headaches. That’s why today’s research is so important to raise greater awareness of the condition. I would ask people who don’t have migraine not to jump to conclusions but to take the time to understand, just a little more, the impact of migraine for those affected by it.

“Equally for those with migraine is it critical that they seek help to better manage their condition, but also that they challenge preconceived ideas about migraine. Only then will we end prejudice and stigma toward the condition.” 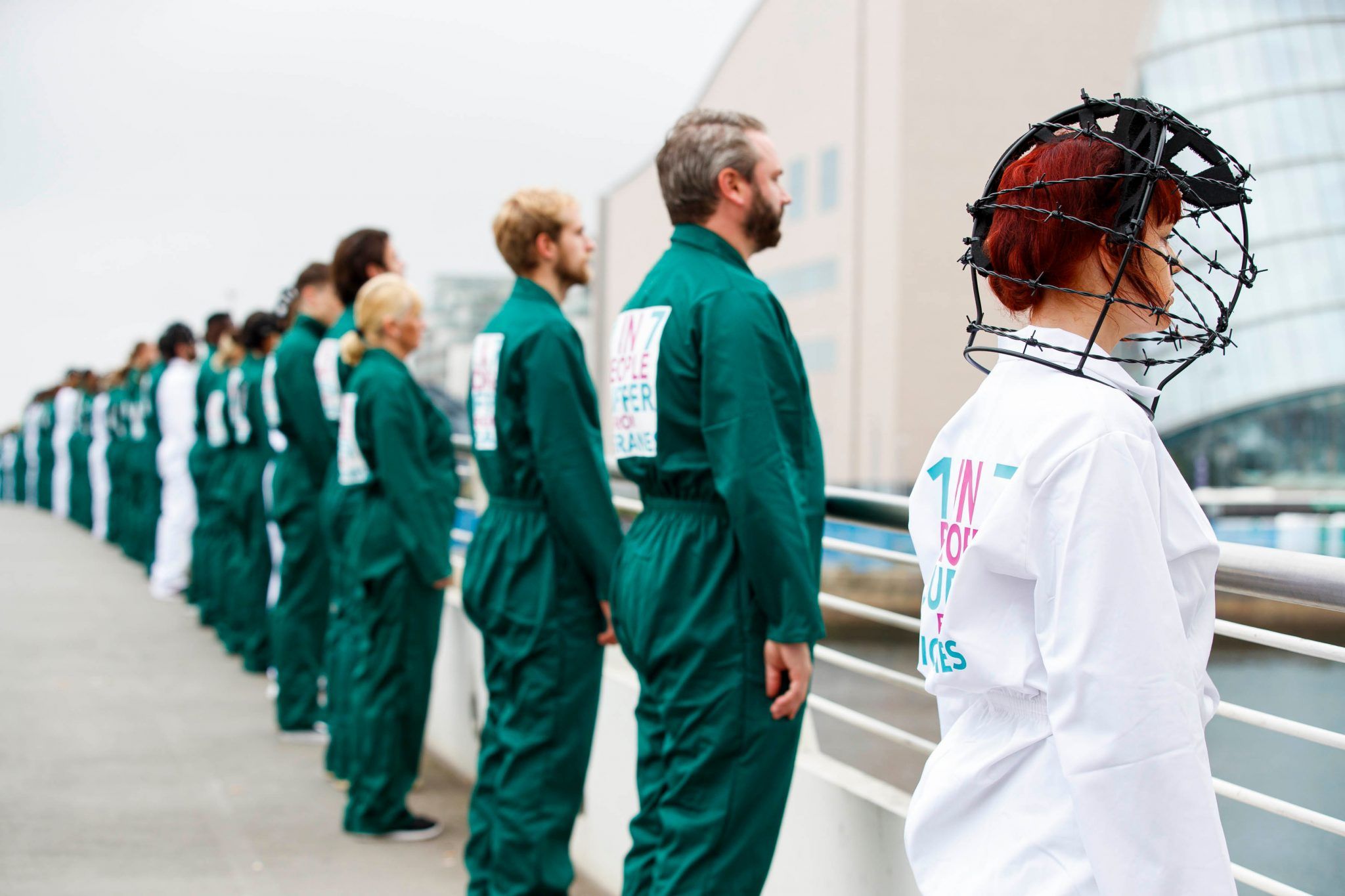 Migraine Awareness Week takes place between Monday, September 1 and Sunday, September 15, with the International Headache Congress, which will be attended by medical experts from around the globe, taking place at the nearby Convention Centre.