March has just kicked off and after scoffing ourselves with pancakes, the next big thing on our minds in Paddy's Day. Obvs.

Now, I've done my fair share of parades and pints around the city, but sometimes you just want something slightly different and a bit off the beaten track. Johnnie Fox's is just that! An unreal, cosy spot up the mountains with live music and copious pints of plain. Seriously, what more could you want?

Situated in Glencullen on top of the Dublin mountains, Johnnie Fox's is one of Ireland's oldest and most famous traditional Irish Pubs - it's been on the go since 1758... so it's clear to see why it will be a deadly place to celebrate St. Partick's Day 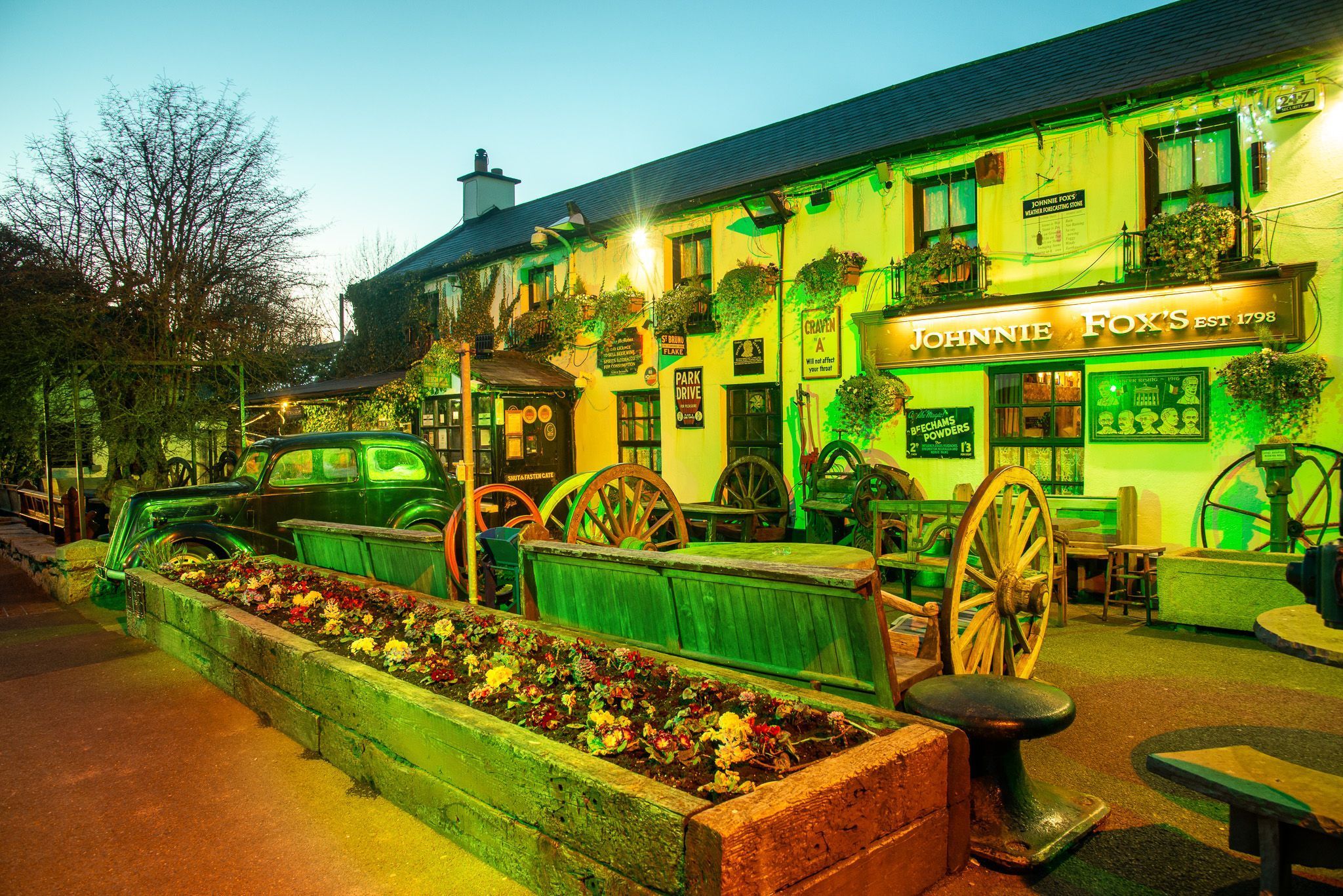 During the day, you'll have live music and delish food between 12.30pm - 9.30pm to keep you well fuelled before the Hooley show kicks off later that evening. As you can see, it's a pretty epic Paddy's Day game plan, so it's probably best to reserve a spot - don't want to get all the way up the mountains for nothing!

So that's delish food, deadly live music and a Hooley show in the evening - what could make this better? Oh - how about a free shuttle bus to get you there and back? Leaving the City Centre at 2.30pm on March 17th, the bus will make the following stops before reaching the pub around 3.30pm:

Guests must book their seats in advance directly with Johnnie Fox’s to secure a seat on the bus and it will leave the pub at 10pm that night taking the same route back into the city. Happy days!

A charge of €5 per person will apply if guests wish to stay later for the normal shuttle bus leaving the pub at 11.45pm and returning to the city via a different route available online; here.

Sponsored By
Hosting the world since 1798. Guests from all over the world have set on a journey through the Dublin mountains to discover the quaint charm that lies behind the doors at Johnnie Fox’s Pub. The setting is just like you have been invited to a 19th century rural Irish home, with food and service to 21st century standards.
Visit our website
Follow us on Facebook
Share:

How smartphones might replace printed menus in restaurants, cafes and bars