If you haven't tried Trinity City Hotel's brunch menu yet, there's no better time to give it a try than within the next month.

The Pearse Street spot is offering its customers a whopping 20% off all brunch foods for the next four Sundays (July 16, July 23, July 30 and August 6) if customers show their staff this article.

The four-star hotel — which is made up of a Georgian building, a former fire station and a central courtyard garden — boasts a varied brunch menu that includes such treats as cinnamon pancakes, Eggs Benedict, golden fried fishcakes and a host of cocktails (you can find the full menu HERE).

Just take a look at what's on offer...

If you're looking for someplace new to enjoy a drink, the hotel has also got the tastefully decorated The Brunswick Bar or people-watching hotspot that is The Front Lounge.

Trinity City Hotel is a hideaway in plain sight in Dublin's city centre and it's definitely someplace to keep in mind for a relaxing staycation.

To avail of our brunch deal with Trinity City Hotel, pay them a visit over the next four Sundays from 12pm until 4pm. 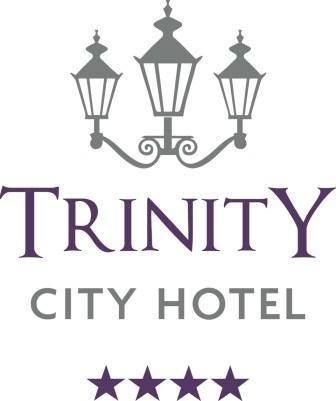 Your hub in Dublin city.

A 'tiny theatre' is coming to this iconic Dublin pub