A viewing party has been organised for Conor McGregor's comeback fight at UFC 246 this weekend.

McGregor makes his return to the Octagon on Saturday night, when he will fight for the third time at welterweight.

The Irishman's opponent, Donald 'Cowboy' Cerrone, is one of the most experienced fighters on the UFC roster and holds the records for most stoppage victories in the organisation's history.

Fewer Irish fans are expected to make the trip to Las Vegas for UFC 246 than have done so for McGregor's previous bouts.

"I love MMA dearly, I love the @ufc dearly."

The way Conor McGregor is talking, we couldn't be more excited to see him get back to work at #UFC246 👊

For those who are not heading Stateside for the fight, there's a UFC 246 viewing party taking place on Saturday night at Bluebell United Football Club in Dublin 12.

Multiple large screens will be put up around the venue, with a variety of ticket options available.

General admission is priced at €80; which includes access to the venue, a full free bar which is open all night as well as finger food.

Access to the main VIP room costs €100 per person. You can book a table for how ever many friends you want and avail of free drink that will be served by a hostess or access the full free bar. There will be a large VIP screen, a bottle of vodka on the table with mixers. Finger food and a pool table are also part of the VIP package. 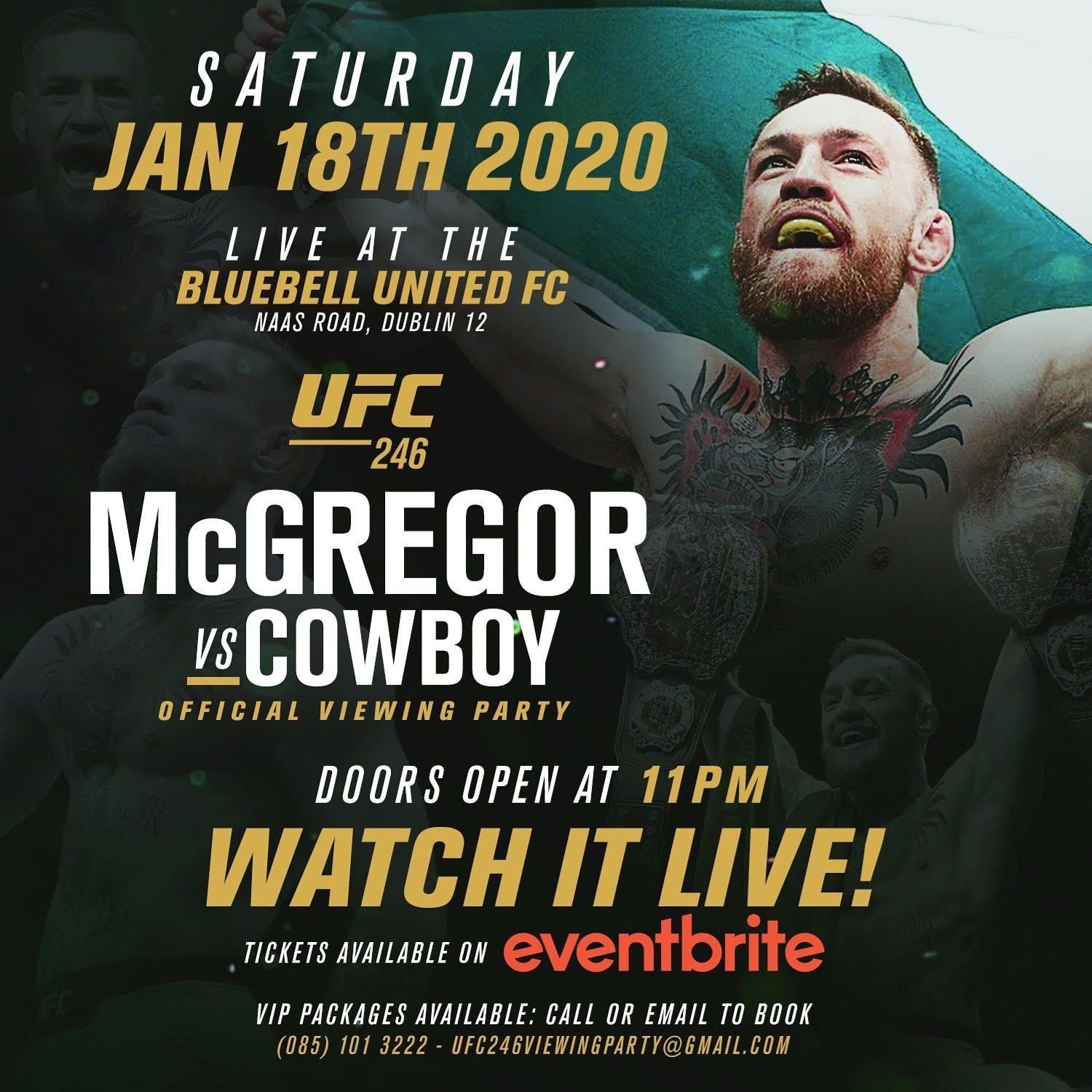 There is another VIP room upstairs for one large group (minimum 30 people) priced at €120 per person for added privacy.

Doors for the event open at 11pm on Saturday night, with the full UFC 246 main card on show and McGregor vs. Cerrone due to get underway at roughly 5am on Sunday morning.

Also organised for the night are four DJs and a dance floor. For tickets, visit EventBrite.ie.