A brand new night of comedy is coming to Dublin.

You may or may not have heard of Richy Sheehy but you've almost certainly seen him. He's the man behind Kevin Murphy, Cork's biggest Liverpool fan.

Channeling Kevin, Richy went viral a couple of years ago with his take on The Archies' Sugar, Sugar that paid tribute to Liverpool's attacking triumvirate of Mohamed Salah, Sadio Mane and Roberto Firmino.

The parody was viewed millions of times and Richy (as Kevin) ended up appearing on Soccer AM to provide a live rendition of the tune.

Not content to rest on his viral stardom, Richy continues to perform stand-up comedy around the country and further afield.

And now he's setting up his own weekly themed comedy show in Dublin.

Having taken his Tree Fiddy show to Amsterdam, Edinburgh and his native Cork, Richy is bringing the show to the Irish capital and its debut is set for Doyle's Bar on Thursday, December 5.

Headlining this Thursday is the hilarious Shane Clifford with support from the likes of Show Me The Funny winner Mark O'Keeffe, Sinead Walsh and Kerz.

The theme of each week's show is typically decided a day or two before the gig and the comedians are asked to write gags on that specific topic, which is usually in the news that week. The performer of the best joke on the night takes home a slick Tree Fiddy medal. 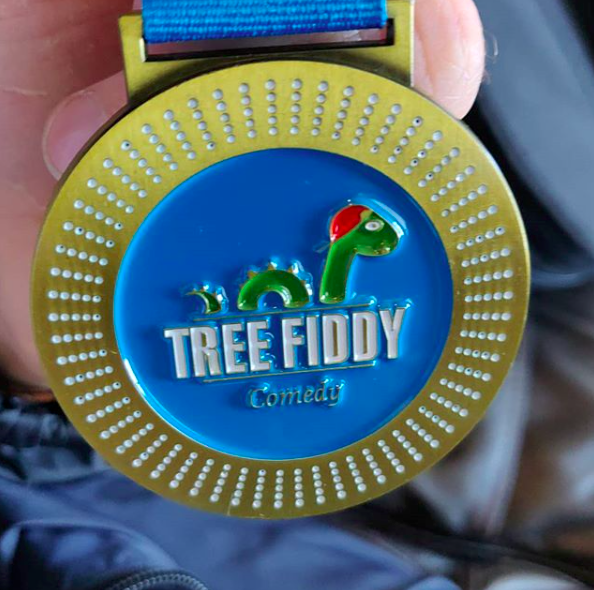 Richy told Lovin Dublin: "I enjoy running shows like this and love the challenge. These nights were successful in Amsterdam and most recently at this year's Edinburgh Fringe Festival and they're something different.

"Comics have fun writing for it and the audience is always engaged as the theme is usually a current trending issue. It makes the night unique as you get 'in the moment' jokes which are usually the highlight.

"The common theme amongst acts ties the night together nicely and no two nights are ever the same."

Thursday's show, which begins at 8pm (doors 7.30pm), is free although it's recommended you pre-book your seat on EventBrite to avoid disappointment.