Welcome to my weekly Dublin guide to help satisfy all your live comedy needs. Netflix is great and everything but you can't beat the real thing so here's what's happening this week in the fair city.

Cherry Comedy in Whelans has the hilarious Emma Doran, Davey Reilly and Robbie McShane. Tickets are a fiver from WhelansLive.com or on the door. 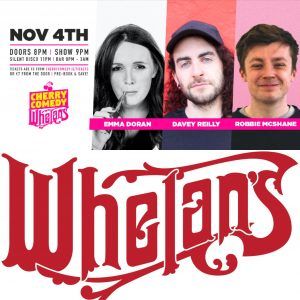 If Improv comedy is your buzz then head over to The International Bar on Wicklow St, where the show starts at 9:30pm and it's only a fiver in.

The Comedy Shed upstairs in The Woolshed Bar on Parnell Street has a comedy tournament on this Monday where 12 comics do battle against each other. 8:30pm and free entry!

The Comedy Crunch, Stag's Head - The very best in stand-up with Matt Sadlier and special guests on Monday night and Keith Fox and more on Tuesday. Hosted by Colm McGlinchey plus there's FREE ice-cream and it's PWYW (Pay What You Want) too! Winning. 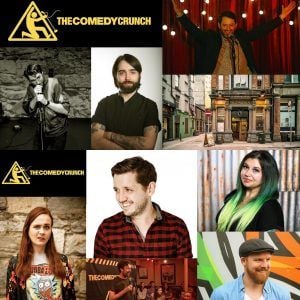 The Comedy Cellar in The International has Joanne McNally, Kevin O' Sullivan, Amy Walsh and it's hosted by Davey Reilly, starting at 9pm. Tickets are a fiver at the door.

Anseo Comedy Club has Aidan Killian and guests, tickets are free and you can reserve them on Eventbrite.

Riff Raff Comedy Club has a weekly secret line-up in the basement of The Chelsea Drugstore on South Great George Street and is always a belter of a night in there. It starts at 9pm ad it's PWYW (Pay What You Want). 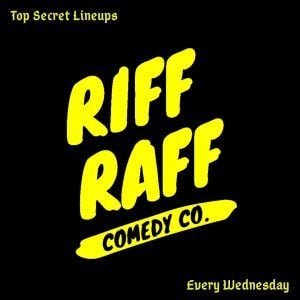 The Comedy Cellar in The International has Kevin Gildea, Tony Cantwell, Michael Rice and hosted by Davey Reilly, 9pm. Tickets are a tenner at the door.

The Laughter Lounge, Eden Quay - Dublin's largest weekly comedy venue brings you a stellar weekend of live stand-up with their powerhouse line-up including John Colleary, the UK's Laura Lexx, Paul Marsh and hosted by Gar Murran. Shows start at 8:30pm and tickets are available from laughterlounge.com from €26, they do deadly group deals as well so drop them an email if you have a gang of pals or a work crew looking for a great night out! 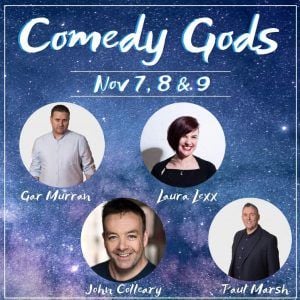 The International Comedy Club on Wicklow Street has Ryan Cullen, Patser Murray and more this weekend. Thursday's show kicks off at 9:15pm and there's an early and a late show on both Friday and Saturday at 8:15pm and 10:45pm. Tickets are a tenner at the door or book online at theinternationalcomedyclub.com

Ardal O'Hanlon - Vicar Street (This week's top pick for me). Ardal brings his The Showing Off Must Go On live show to the iconic Vicar Street. I gigged with Ardal at Electric Picnic this year and he absolutely killed it, he's back to his best stand-up at the moment. In a recent interview, Ardal said: "I’m absolutely thrilled to be bringing my stand-up show on the road in 2019, having been testing stuff in clubs and at festivals for the past few years. It’s great that the noise in my head is finally cohering into delightful comedy chunks." Tickets from €29 from Ticketmaster.ie and the show starts at 8:30pm

Scotland's Fern Brady brings her Power and Chaos show to The Sugar Club on Leeson Street. Tickets are €15 from Ticketmaster.ie and it starts at 8:30pm 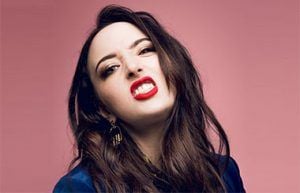 The Comedy Crunch at The Stag's Head is finishing the comedy week strong in Dublin with an all-star line-up featuring 'Irish Comedian of The Year' winner Steve Bennett, Anna Clifford (RTE), Padraig Williams and hosted by yours truly. Sundays here are super busy so get in for 8:15pm to get the best seats, free ice-cream too and it's PWYW (Pay What You Want). Show starts at 9pm.

The International Comedy Club on Wicklow Street has Aideen McQueen, Gary Doyle and Ronan Grace. Tickets are a tenner.