As the years tick along in life, you find yourself going against musical trends in many ways. Gone are the hardcore beats of Scooter and the lyrically questionable rhymes of Eminem and gradually your ears become more attracted to softer, more soulful sounds. But enough about this writer's misspent youth.

As I've gotten older, one genre which has really grown on me is jazz and we're lucky enough in Dublin to have plenty of options when it comes to its consumption. From Sundays at The Tram Café to Wednesdays at the Dwarf Jar, we're never short on a few spots to sit back, relax, and treat ourselves to some soothing music played by talented individuals.

One such star to emerge in recent times is Bob McQuaid, otherwise known as jazz singer Bobby Mc. Originally from Co. Meath, Bobby has created a new show in honour of American singer Gregory Porter, who he cites as one of his musical heroes. 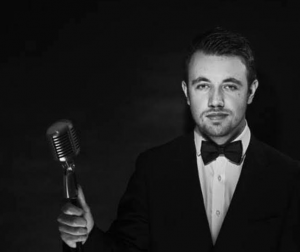 Take Me To The Alley is a night of Porter songs which Bobby performs with a full live band. The young man is said to perfectly capture Porter’s earthy brand of jazz, soul, and gospel and some of the tunes he will perform renditions of include Hey Laura, Water Under Bridges, Be Good, and On my Way to Harlem.

The show takes place in the Sugar Club tomorrow night and sounds like the most satisfying way to spend a Friday in the city. If you agree, you can nab your tickets here.

READ NEXT: The Happy Pear Are Opening A Branch Of Their Café In Dublin Airport