Following on from the sell-out success of his Whelans headline show tonight, Yungblud has announced his return to Dublin.

He hasn't even hit the Whelan's stage but after it being so popular he has announced a date for later this year.

He will perform Vicar Street on November 27th and this promises to sell out just as quick.

Tickets start at €20 inclusive of booking fee and go on sale Thursday, March 7th at 9AM. 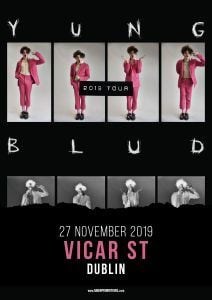 A French-style mini food market is happening in Dublin tomorrow

An Italia '90 exhibition is starting in Dublin this weekend