In a period where many Dubliners are lamenting the decline of our city's culture, it seems outsiders still think we have plenty to offer.

The capital has been ranked in fifth position in TripAdvisor's list of the most cultural cities in Europe, behind Paris, Brussels, Athens and Lisbon. The chart used categories including entertainment, points of interest, historical sites and museums & galleries. Monuments & statues, parks & nature and religious sites were also used to separate Dublin from other cities.

All of the categories were added together and divided by square kilometres and the results can be viewed in the list below: 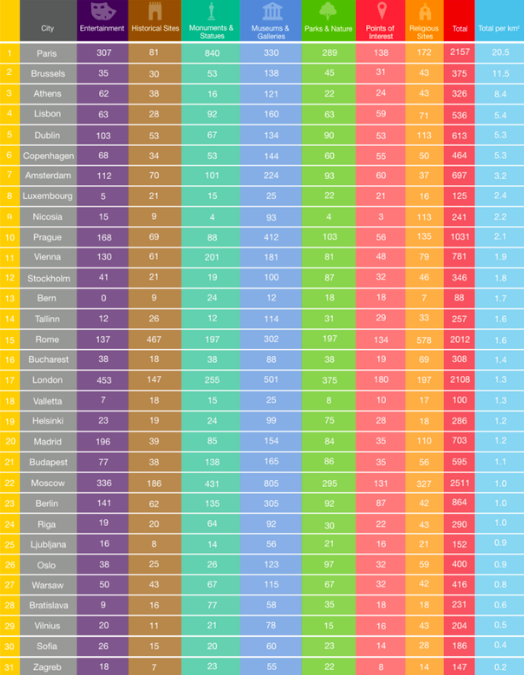 As you can see, Dublin finished ahead of cultural gems like Copenhagen, Vienna, Prague, and even Rome which tops the European bucket list for countless culture vultures.

It just goes to show that there is still plenty to see and do in Dublin, even if a large chunk of the city is being eaten up by hotels. Let's hope the powers that be take note.

You can read more about the list in more detail here.

READ NEXT: Move Over, Phibsboro - Stoneybatter Is Now One Of The '50 Coolest Neighbourhoods In The World'