One of the most iconic shows from the '90s will soon be available on Netflix for Irish viewers.

Running from 1998 to 2003, Dawson's Creek was one of those shows that seemed to completely rule the world.

Created by Kevin Williamson (two years after he made it big by writing the screenplay for Scream), it revolved around a group of close knit friends and their lives navigating those tricky high school years and then on into college.

For most of us, it was our introduction to James Van Der Beek (as Dawson Leery), Katie Holmes (as Joey Potter), Joshua Jackson (as Pacey Witter), and Michelle Williams (as Jen Lindley), and looking back now it is staggering to see where their individual careers have taken them, including Williams' FOUR Oscar nominations and Van Der Beek now more famous for being a GIF shorthand for ultimate sadness.

Anyways, Netflix have announced that all 128 episodes across six seasons will be available to viewers in Ireland from Sunday, November 1.

That does seem like pretty soon, but also... I don't wanna wait... for this month to be ovvvvveeerrrrr.... 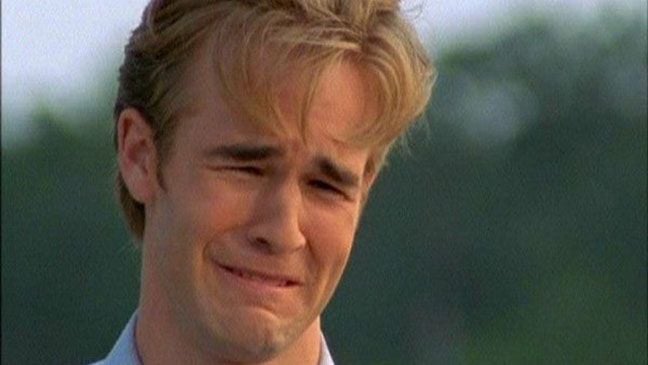