Who is the killer in The Undoing? We try to solve the murder mystery that has everyone talking.

A few weeks back, we recommended that you all check out the first episode in the new HBO murder-mystery series The Undoing, and now here we are, just a few days away from the sixth and final episode airing, and we're still none the wiser as to who the killer might be.

Oh, sure, we've got guesses - educated guesses, even! - but we still don't know for sure.

Yes, we know, there is a book out there that might spoil the ending for us, but we don't want to do that to ourselves. Plus, the director has already said that the show takes some big changes from the book's story; even the title You Should Have Known has been changed to something much subtler.

So with all of that in mind, we power through, and discuss the potential killer of Elena Alves (Matilda De Angelis), and we are talking about The Undoing with the knowledge of everything that has happened in the previous five episodes. So spoilers if you haven't watched any of that.

Now, on with the list, going from least likely to be the killer, up to most likely, starting with...

There is just no way that he is the killer, right? All of the evidence is pointing right at him, so it is entirely too obvious that he is the killer. Sure, he cheated on his wife with the victim, and sure, he ran the second he discovered her corpse, but he also came right back to his family when he could've just kept on running. Although, if it turns out he was the killer all along, that'd be a great fantastic final rug-pull for the show. But it just doesn't seem super likely. 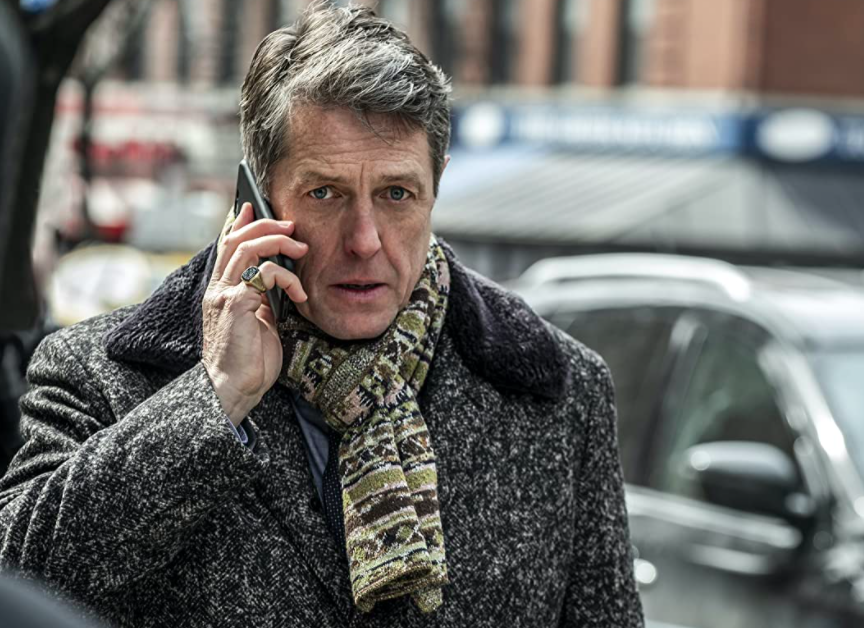 Elena's grieving husband would certainly have motive to kill his wife, having not only found out that she was cheating on him, but that the baby they have together isn't his at all. But much like Hugh Grant's character, having the wronged husband be the killer just feels all-too-obvious. Statistically, in real life, he would be the prime suspect for sure, but this is a glitzy Hollywood show, and having the angry hubby do it just isn't plot-twisty enough. It could be her, couldn't it? Technically, it could be literally anyone (more on that in a bit), but it definitely could be Grace. She conveniently forgot to mention to the detectives that she was literally RIGHT OUTSIDE the building the victim was discovered in, right around the time of the murder. For a psychologist, she doesn't seem to handle the pressure of being asked questions by the police particularly well, and if she knew her husband was cheating on her, she could've just snapped, right? Yes, but it just doesn't feel very satisfying for Grace to have done it. If she turns out to be the killer, we'd all just kinda shrug and go "Yeah, fair enough." 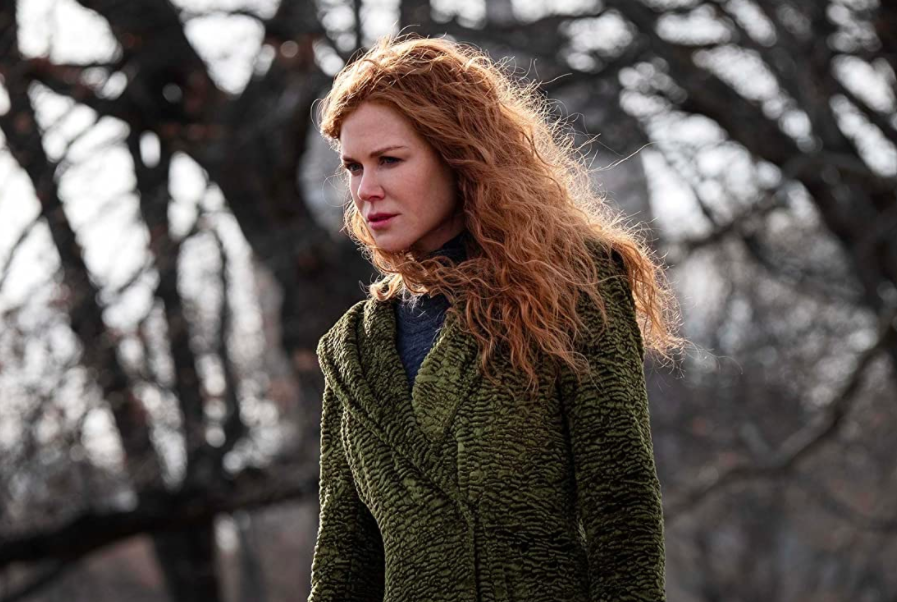 Elena's young son found his mother's body, so there is no way he done it, right? Well, not necessarily. We're told that is what happened, and sure, we see him find her body, but this could all be a case of unreliable narrator. Miguel could be getting mad at his mother for cheating on his dad, for potentially ruining their happy family. It is definitely a possibility, but out of the two young suspects this show has lined up for us, Miguel seems like the less likely of the two. 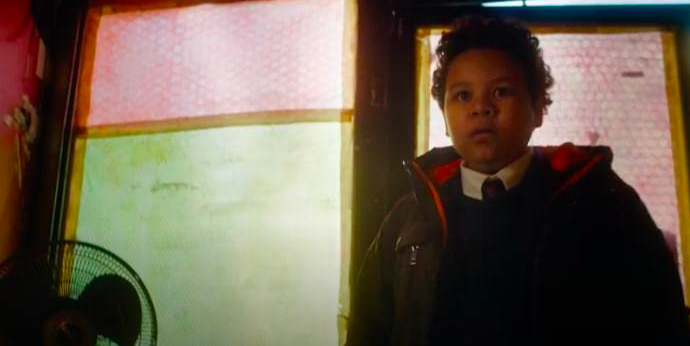 Here is the thing... It might not be anyone we know at all. It could be a complete and total stranger, a random act of violence against Elena by a complete unknown, but it stirs up so much paranoia between friends and family, that you quickly see the foundations of their relationships crumble around them. It would certainly put a lot of things in perspective for the characters in the show, and would definitely take viewers by surprise. If, y'know, we hadn't just pointed it out right here, that is.

Okay, he DEFINITELY did it, didn't he? He isn't even the most likely candidate, but he still definitely did it (Warning: This isn't the last time we'll say this about someone in this show). He was prone to some severe anger bursts throughout the show, saw his dad mid-affair with Elena, and then his mum found the murder weapon in his bedroom at the end of the last episode! How much more evidence do you need? Well... lots, to be honest, because anyone could've put that hammer there in order to point the blame elsewhere, or specifically at someone too young to get jail time for the murder. 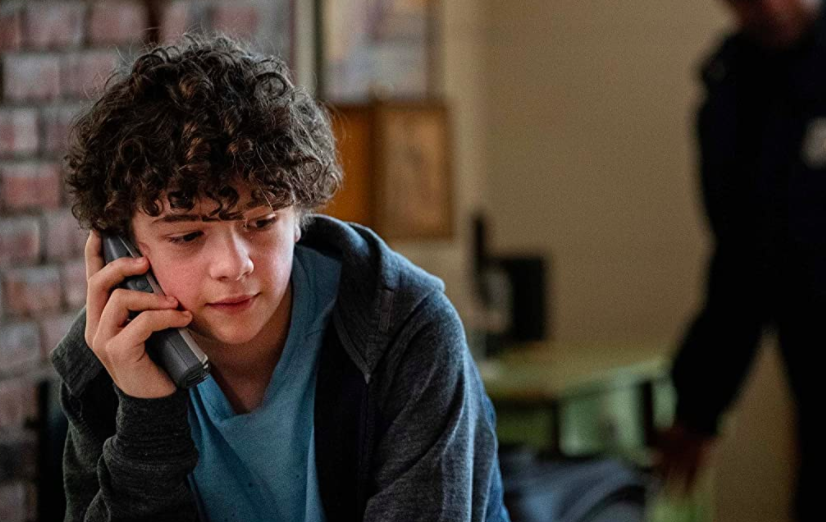 Okay, he DEFINITELY did it, didn't he? With all of that money and power and influence, and he openly admitted to simply not liking Jonathan. So if he killed Elena (or, much more likely, paid someone to kill Elena) after he found out about the affair, and then pinned the murder on his disliked son-in-law, then that will almost literally be killing two birds with one stone. Again, it feels a little bit obvious for him to have done it, but obvious in a much more satisfying way, for some reason. Okay, she DEFINITELY did it, didn't she? WHAT ARE YOU UP TO, SYLVIA?!?! We're not sure why, but we just don't trust this woman! You all get the sense that she has slept with Grace's husband too, right? She always seems to be around exactly when Grace needs her, the only one not to ostracise her, but that could just be to keep a close eye on what is happening. Why does she keep waving at the prosecutor?? Either she has been feeding the other side information to help put Jonathan in jail, or she was having an affair with him, found out about Elena, and killed her. 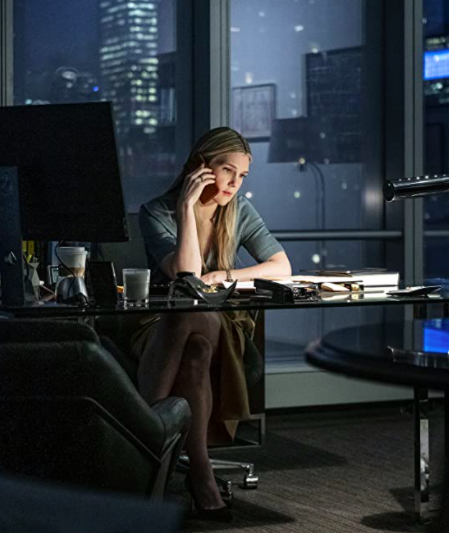 Yes, she definitely did it. Or she didn't, but thankfully we don't have too long to find out.

The final episode of The Undoing will be available to watch in Ireland from 2am on Monday, November 30, on NOW TV.

READ NEXT: Ireland is putting forward an entry for the Best Foreign Language Oscar