We've said it before and we'll say it again: Ireland is without question one of the most beautiful countries in the world.

Not too long ago, while on an Aer Lingus flight across the Atlantic, I was disappointed to look out the window and find that the view I'd anticipated was completely obscured by a thick grey drizzle. It got me thinking about the fact that some of the most remarkable views I've seen of our country's capital have been from the air.

It can be hard to understand the geography of a city when pounding the pavements from day to day, but these remarkable photos will amaze you, showcasing Dublin in an entirely new way.

Super rare for a city to have a huge expanse of space like this so close to the centre. Add in a zoo, deer, great cycling and running tracks and this photo helps you appreciate just how special our massive park is. 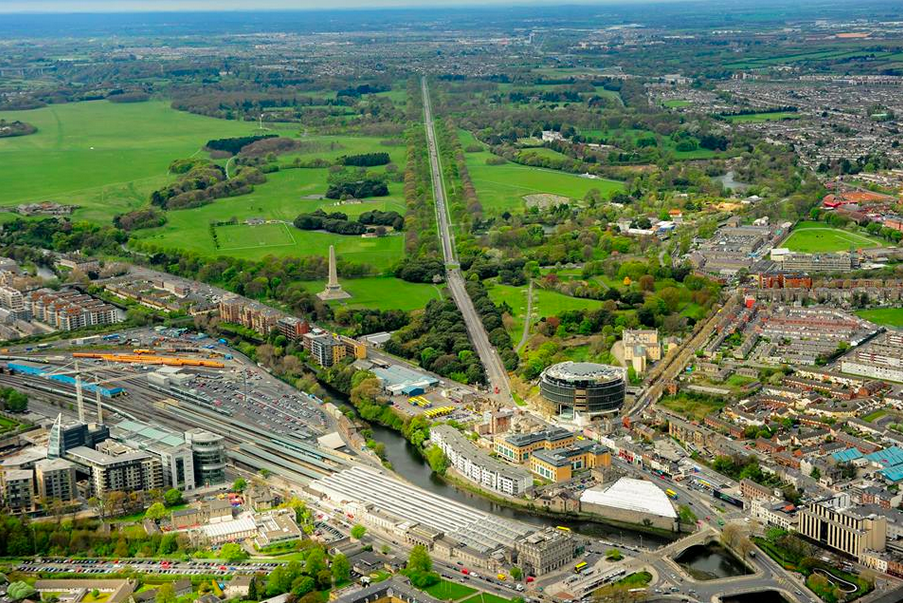 When I saw this photo for the first time, it really helped me to understand the city in a new way. The port is essentially a funnel where goods, products and people get shipped in and out. As important today as it ever was for Dublin. 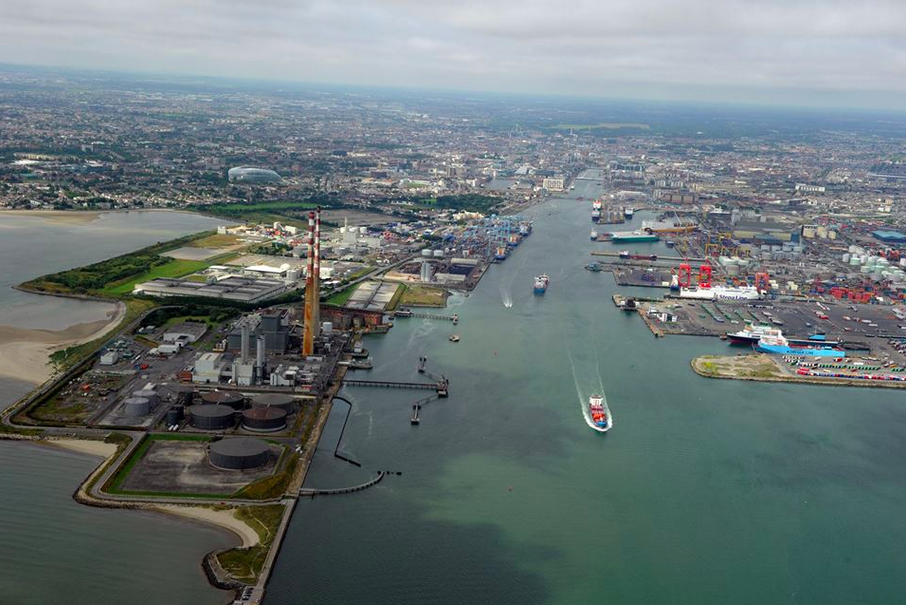 I can't say I'm a great fan of zoos (it's the whole keeping wild animals in pens thing), but Dublin Zoo do some good work. What surprised me here was probably the confined space that so many animals and people live in. Much smaller from the air than I would've thought. 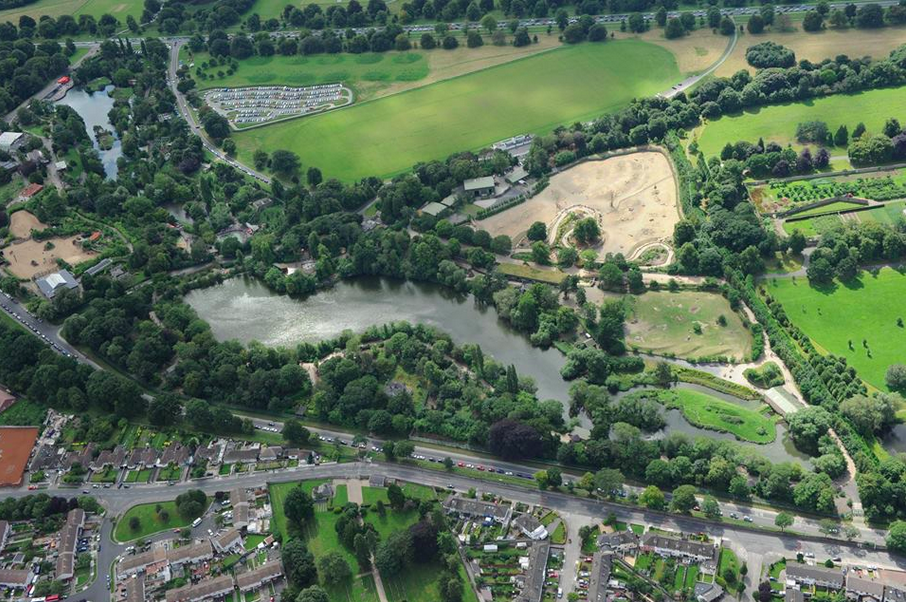 This picture really helps you understand how the quays are like the main arteries of the city. You can also appreciate when looking at this photo just how bad the traffic gets along them, and why. 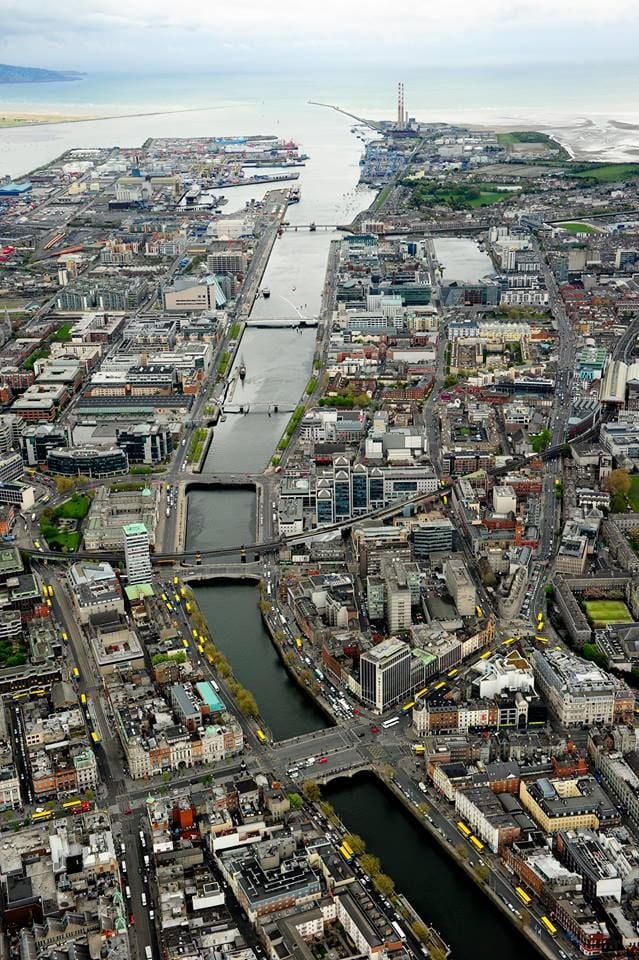 Our very own miniature version of Central Park, but right in the heart of Dublin. You always get the sense that it's an incredibly well kept green space, which is only highlighted further from the air.


Once one of the most important buildings in the country, it's amazing to see how the city has grown up around it. The IFSC. Now there's all the tech businesses and international companies along the Grand Canal, yet the building stands strong. 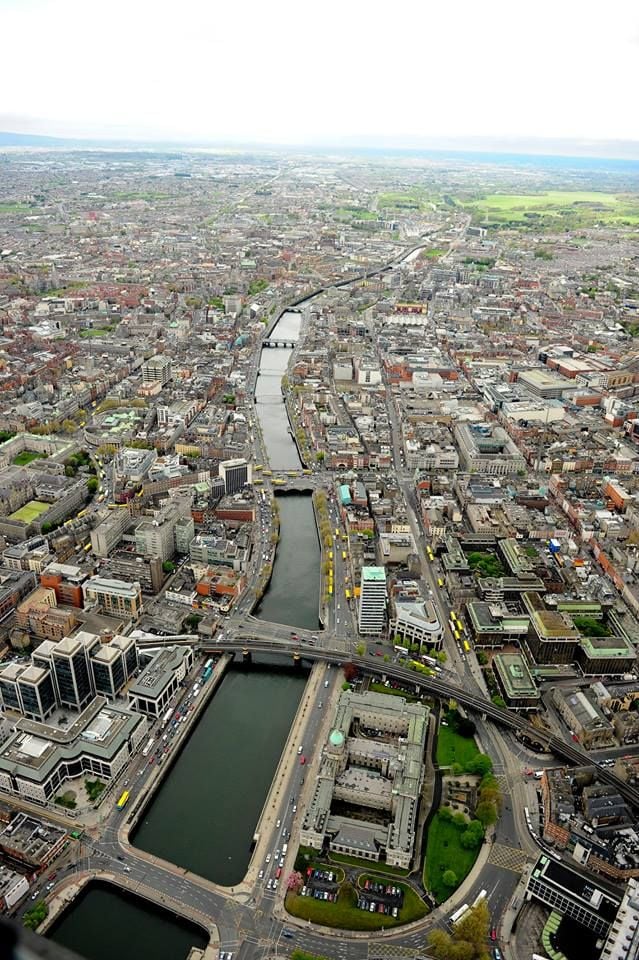 Very few cities are lucky enough to have a university right in the heart of the city with grounds as well kept as these. No matter how much the rest of our country's colleges improve, they'll never beat Trinity in terms of location. 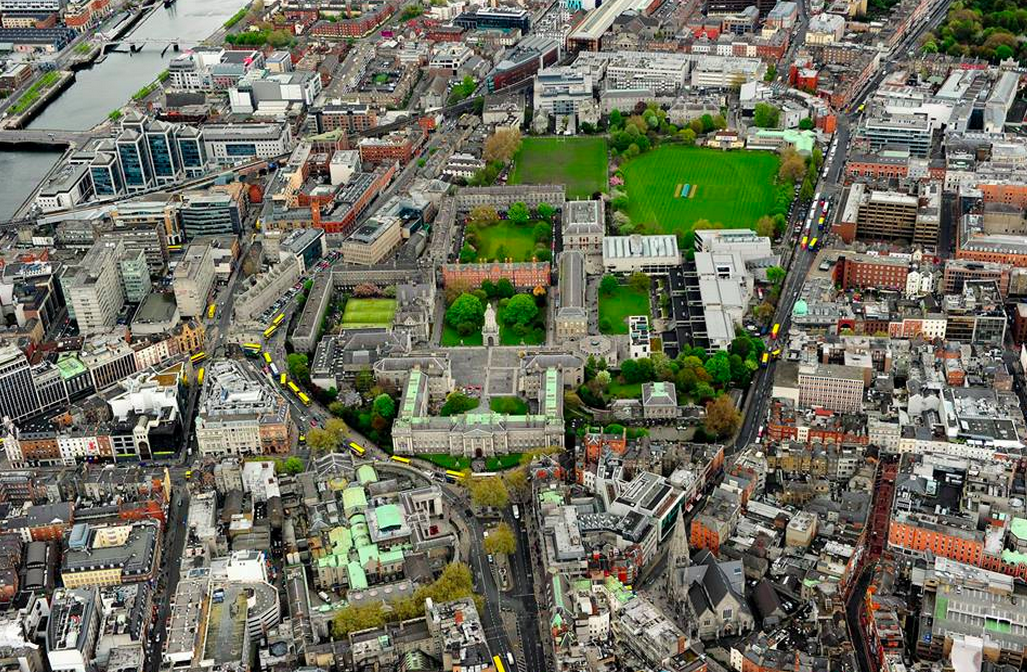 Probably the most iconic street in the country and one that plays a vital part in our history. Little buses move along it like dinkies and the Spire stands proudly at its centre, it's now become an iconic part of this great city.

All the above images were taken by the good people in the Irish Air Corps.
Check out more of their amazing pics on Flickr and Facebook.

READ NEXT: Move Over 3-In-1s, The 'Munchy Box' Has Arrived And It's Absolutely FILTHY