There’s a long weekend ahead for most of us, and it’s supposed to be a nice and sunny one. Good times! For obvious reasons, this week’s Craft Beer of the Week is coming to you a day early. That gives you plenty of time to join the rest of the Dublin population in pursuing our favourite “Good Thursday” pastime: queuing for booze like the apocalypse is coming. Warning: this beer is so amazing that such queues might become a daily phenomenon once people get a taste of it. Amber-Ella is a dangerous temptress. Ready to be seduced? Here we go.

Eight Degrees Brewing was set up in Mitchelstown by Cam and Scott, an Aussie and a Kiwi. 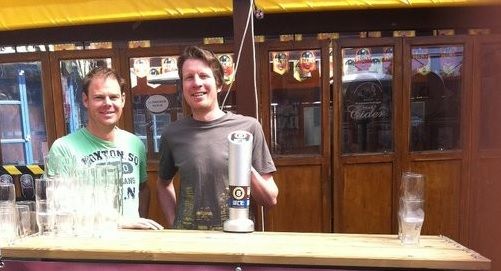 Their story is similar to that of many craft breweries. They arrived in Ireland and were shocked that in a country where pubs and beer are such a big part of the culture, there was a significant lack of Irish craft beer. So they decided to make their own. They had been keen homebrewers before and had both taken courses to Germany to hone their skills even further. They launched their first beers in 2011 and have been brewing a fantastic core range of 4 beers plus some extremely delicious seasonal specials and limited editions ever since.

Even though we were used to them making great beers, I don’t think anyone was expecting what happened when they brewed Amber-Ella as a special edition beer last year.

She had her debut at the Irish Craft Beer and Cider Festival in September, and anyone who met her instantly fell in love with her, including me.

Amber-Ella is an American Amber Ale. That means that she is a pale ale with a certain variety of malt – crystal malt – added to it to achieve the amber colour. She’s brewed with American as well as Aussie hops. One of those is called Ella. Hence her name, Amber-Ella.

She pours a lovely deep amber colour with a small white head. The beauty of Amber-Ella starts before you even have the first sip. Smell the beer once it’s poured, the aroma is amazing. So hoppy and citrusy, with a sweet caramel note. I told you, she’s a temptress. In the taste, there is lots of grapefruit, tangy and a little bitter, along with other tropical citrus fruit flavours. Once it’s warmed up a bit, a taste of berries and a little sweetness from the malt come through. If you’ve ever had Brew Dog’s 5 A.M. Saint, this one is similar, but better. 5 A.M. Saint was my favourite beer in the world for a long time, so it takes a lot for me to say that. Feckin’ hell, these guys and their head brewer Mike have really nailed this one. 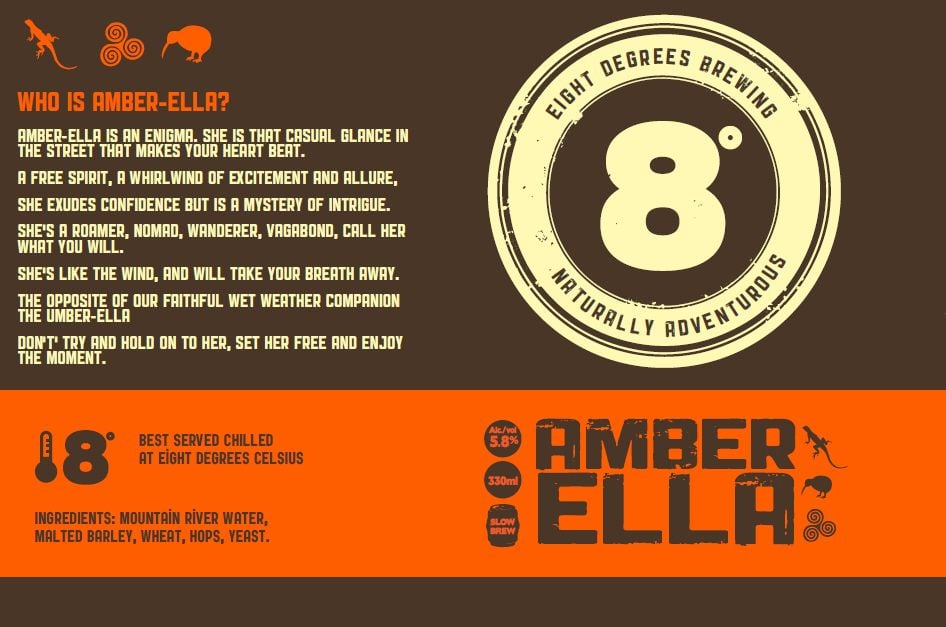 But you haven’t heard the best part yet. Eight Degrees entered Amber-Ella into the 2014 World Beer Cup. The World Beer Cup is an international brewing competition in Colorado, acknowledged world-wide as the “Olympics of Brewing”. There were over 4,700 entries from 1,403 breweries in 58 countries. It is a HUGE deal. Amber-Ella was competing in one of the most hotly contested categories - the American-Style Amber/Red Ale category.

An American-style category, in America. With entries from all over the world. And little Irish 1-year-old Amber-Ella from a 3-year-old brewery went and won BRONZE. That’s how amazing she is. She’s an Olympic Medalist.

And this wasn’t even her first award. She had already been crowned 1st Runner-Up in the 2014 Beer of the Year Awards by Beoir.org, the independent Irish craft beer consumer organisation. 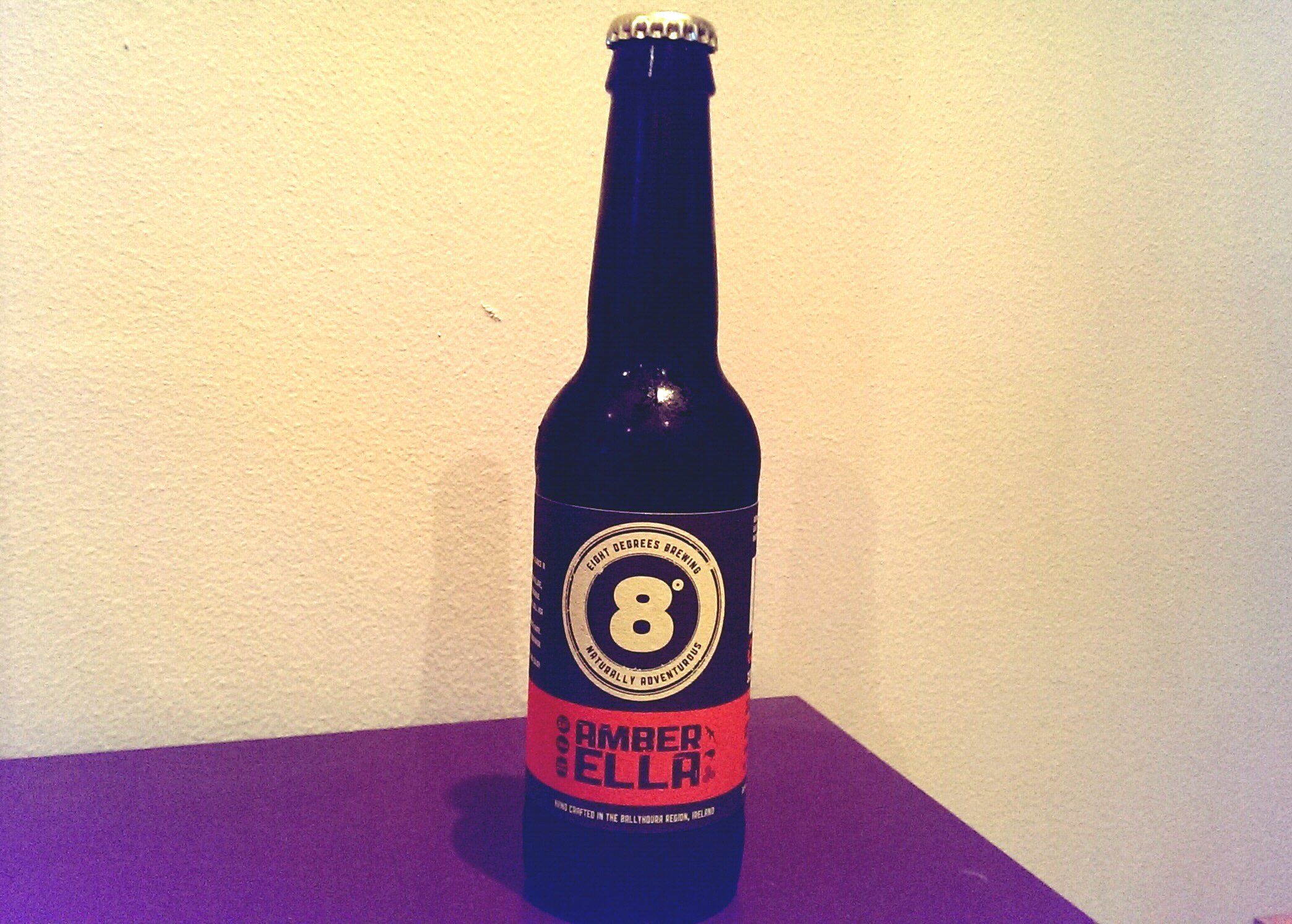 Amber-Ella was meant to be a one-night-stand, a special edition for the Craft Beer Fest in September. But once people got a taste of her, they were hooked and pleaded with Cam and Scott to give her a permanent position and allow her to stay around. And I’m delighted to say that Amber-Ella is not going anywhere. She is now part of the core range and we can expect to see a lot more of her in the coming months.

Amber-Ella is available in bottles from Probus Wines, Drinkstore in Stoneybatter, Baggot Street Wines and McHugh’s on Kilbarrack Road. She is quite hard to find on tap at the moment, but that will change now that she’s permanent. I saw her last in the Porterhouse on Parliament Street last week, so she might still be around.

So back to those sunny Easter Weekend preparations. Dump the umbrella, buy a shitload of Amber-Ella. 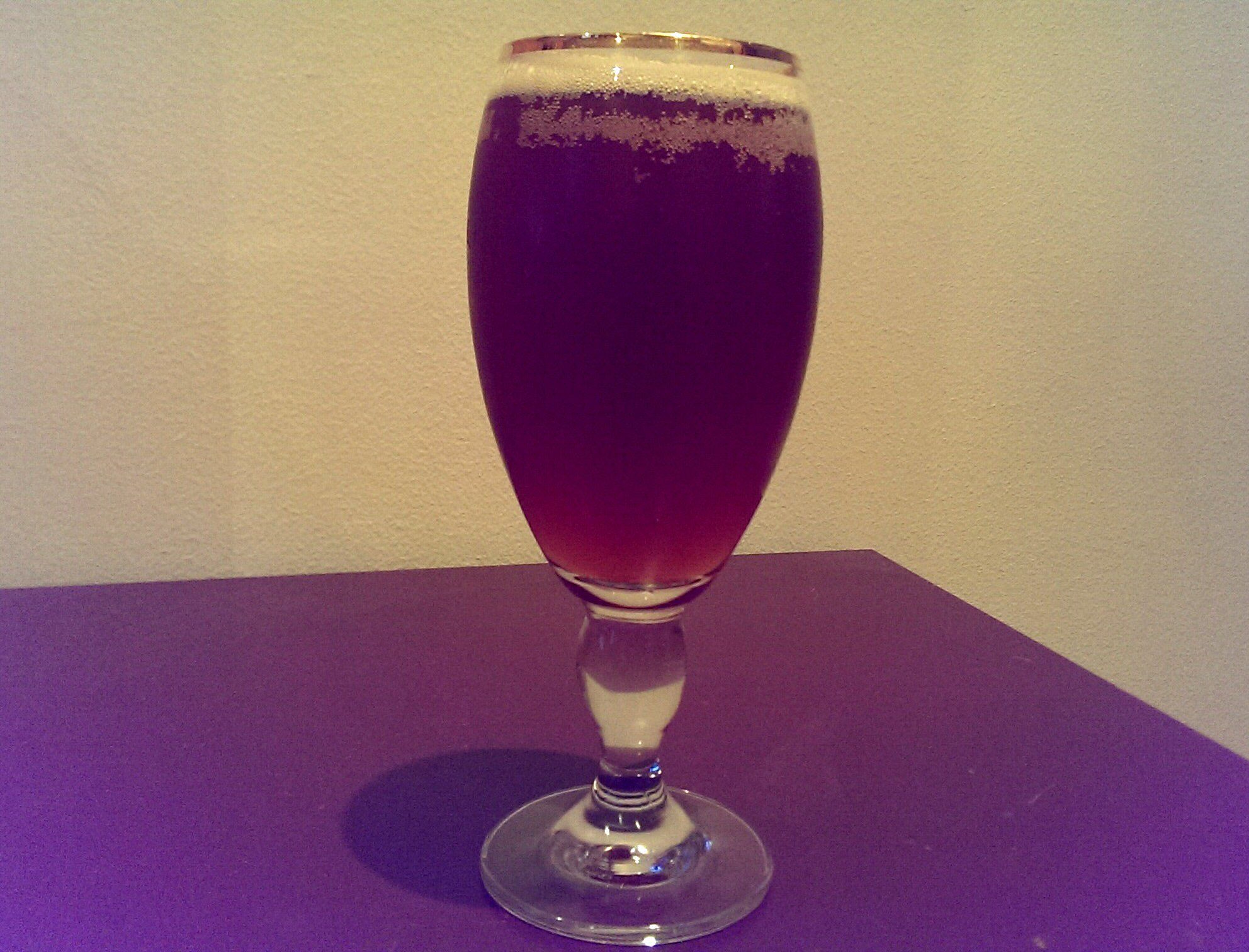 We’re hosting a fab online event for parents, here’s how you can join the fun

Register For Our 'Mum Talks From Home' Event