So that heat wave did happen and it happened with a vengeance. Let’s hope it continues over the weekend and we all get to spend the next few days chilling out on the beach and then eating our body weight in grilled meat, chugging down beers for refreshment. One beer just won’t cut it in these Sahara-like conditions. That’s why, this week, I’m bringing you three. 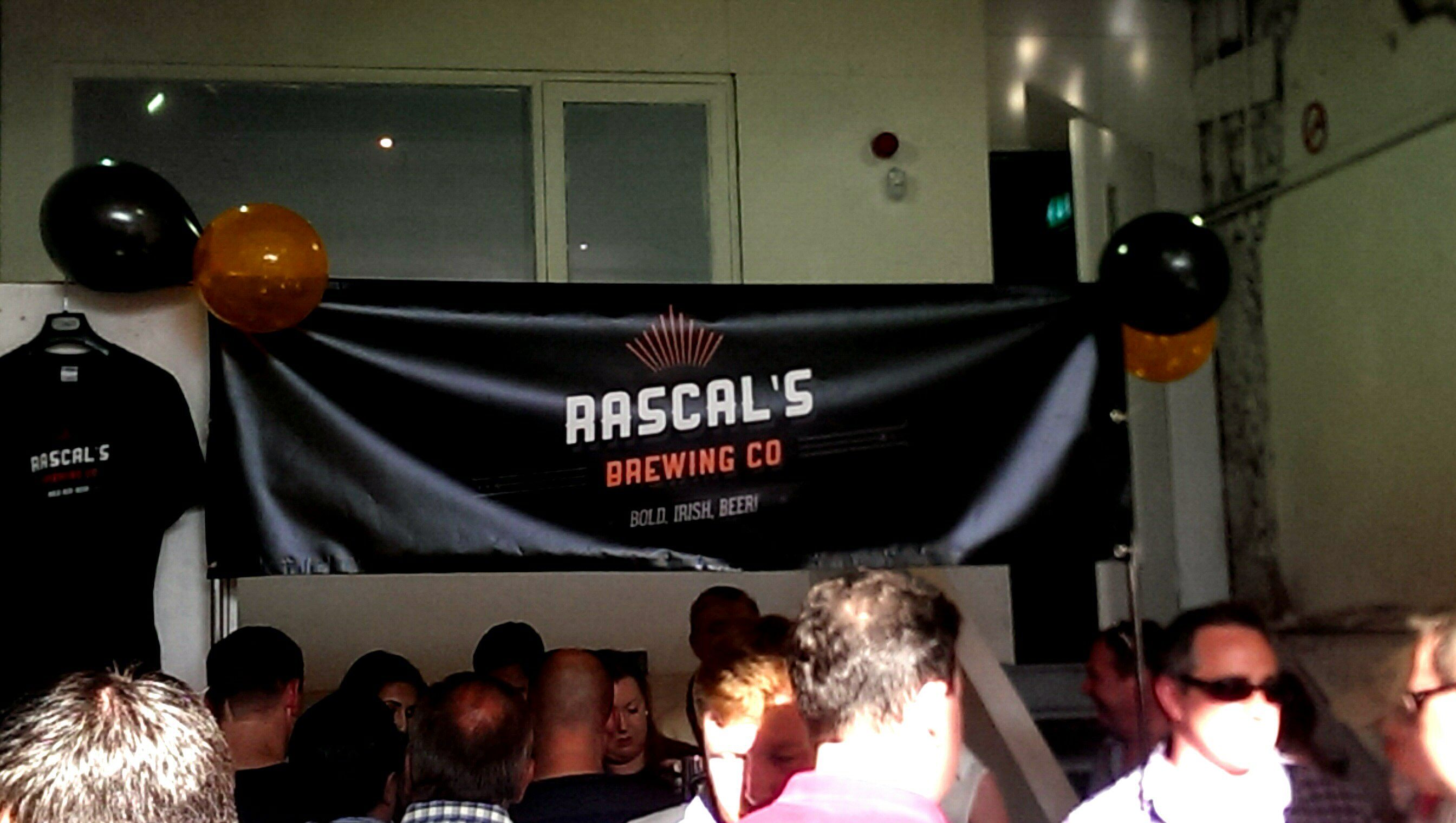 The lovely folk of Rascal’s Brewing Company invited the Dublin Ladies Craft Beer Society to come along to the launch of their brewery on Wednesday. It took place in The Mart in Rathmines, that building with the huge red doors beside Café Moda, which is now a great gallery and art studio.

Wednesday was the day we had the yellow weather warning because of the heat. Even at 6 PM when we arrived at the launch, it was still absolutely scorching and the place was packed. The free beers were very much needed and appreciated. 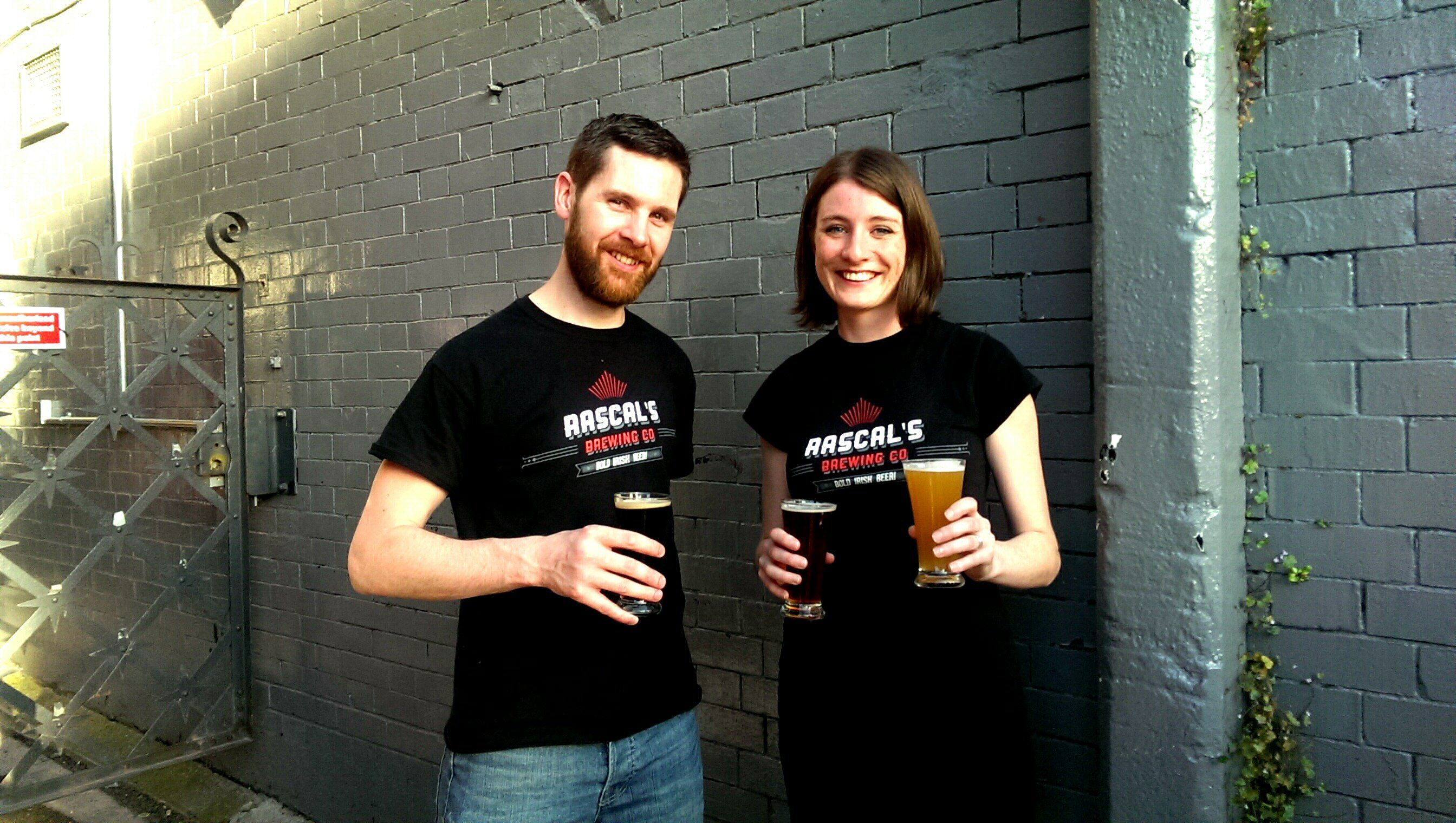 Rascal’s Brewing Company was founded by Emma Devlin and Cathal O'Donoghue (who are lovely people and took the time to pose for a pic on this busy night). The brewery is based in Rathcoole right here in Dublin. They have years of home brewing experience under their belt and their Ginger Porter has already won multiple awards. Now they’ve finally opened their own brewery and have started brewing 2 more beers: Big Hop Red and Wit Woo, a Belgian style wit (white) beer.

Their Ginger Porter has been a favourite with many craft beer drinkers ever since it became available. It won its first award back when it was still a homebrew, and later as a commercial beer it scored a Gold and a Bronze at the Alltech cup. It’s a traditional porter recipe, but they’ve added cocoa and of course ginger to the mix. It makes for a lovely, chocolatey, zingy beer that is one of the few porters I would find light enough to drink during the summer. I’m not a huge porter drinker usually, but I would urge anyone to try this delicious, chocolatey, gingery goodness at least once. 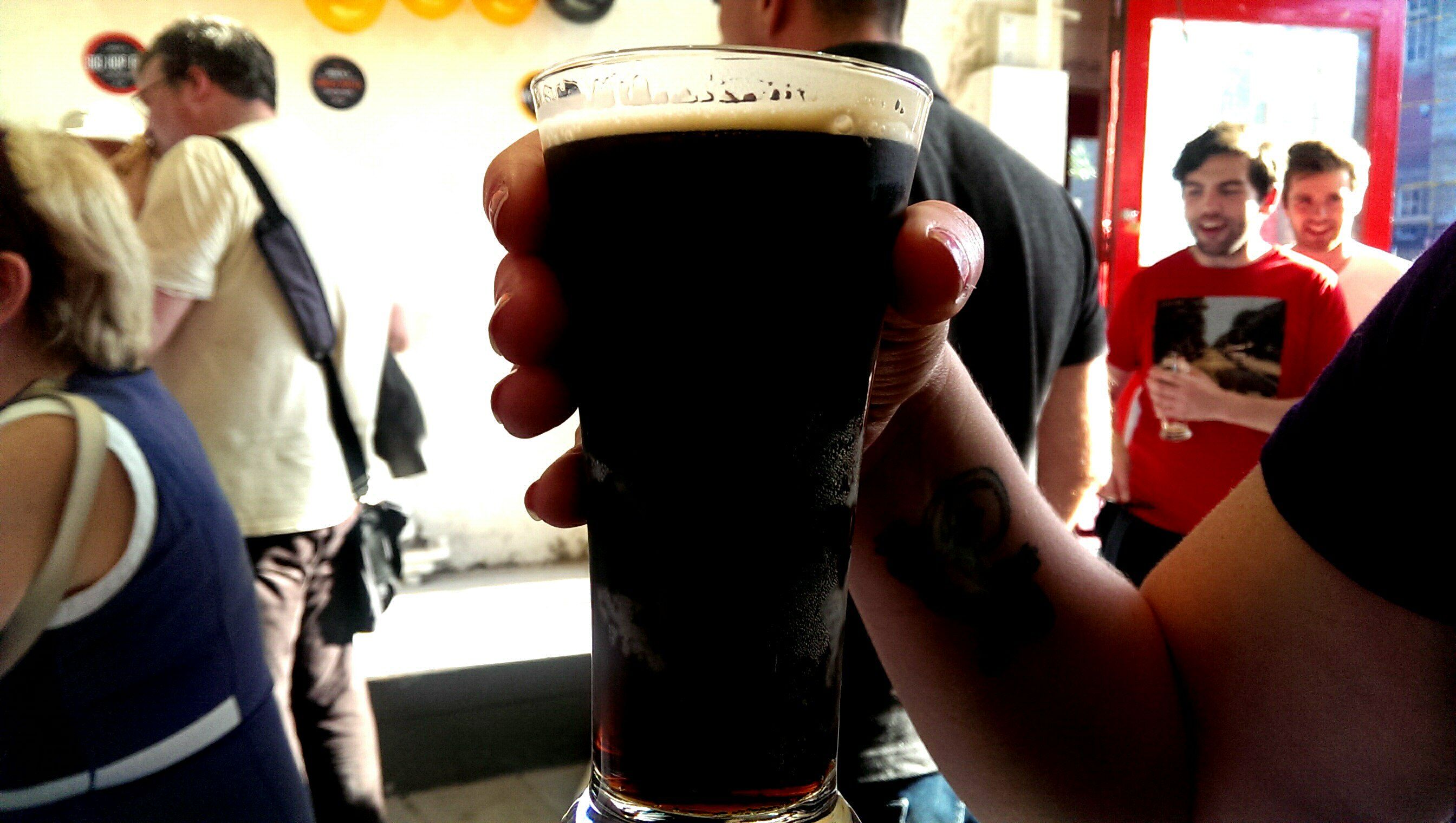 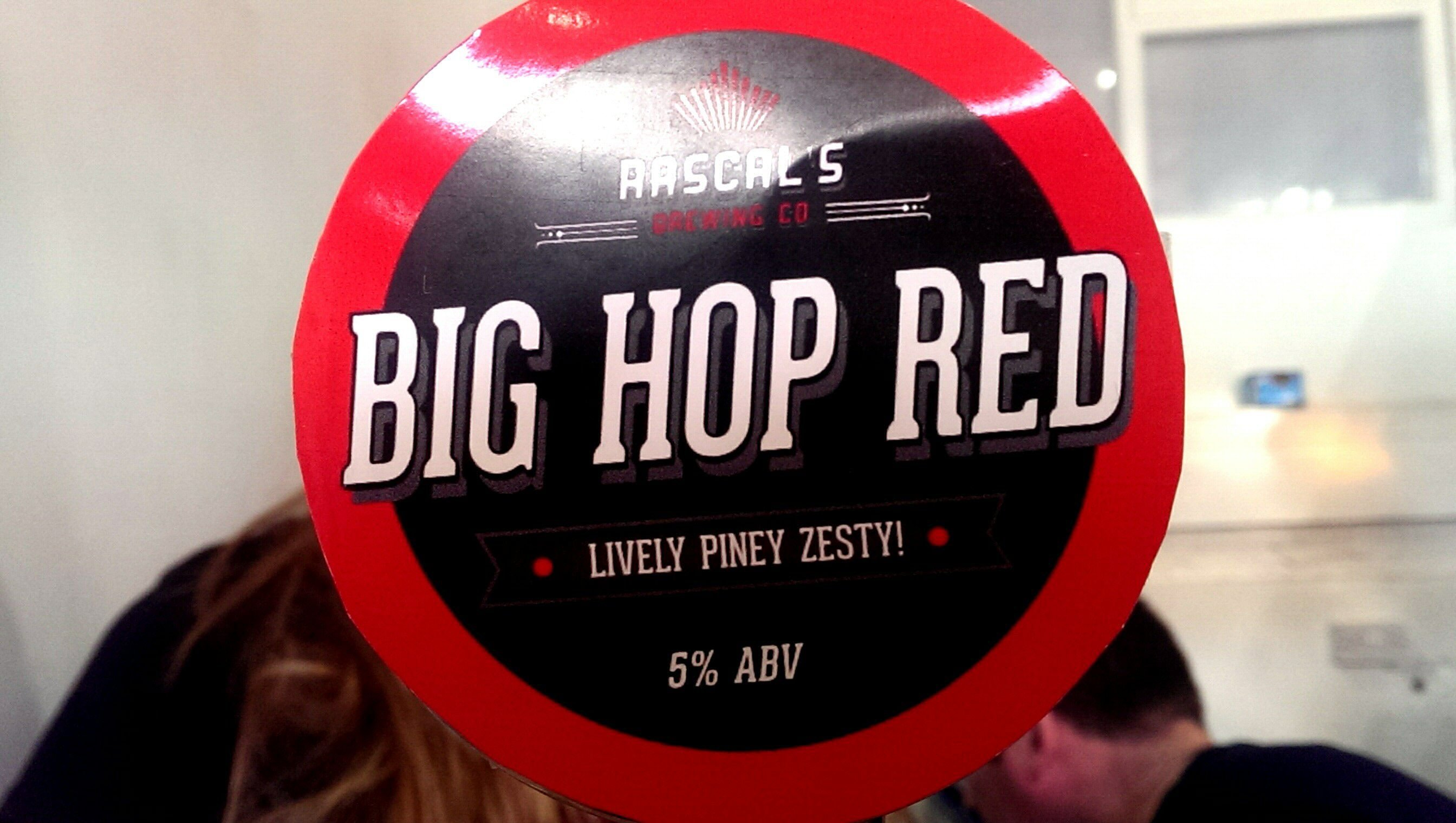 Big Hop Red is one of their 2 new beers launched on Wednesday. It’s absolutely fantastic. One of the best red ales brewed in Ireland in my opinion, and I think I’ve tried pretty much all of them. They’ve really nailed it. On the night I heard several people say that they usually don’t drink red ales but they were blown away by this lovely, hoppy, malty drop of red ale heaven. Absolutely recommended and I predict it will score numerous awards in no time. Just look at the colour of it! That’s enough to get anyone drooling. 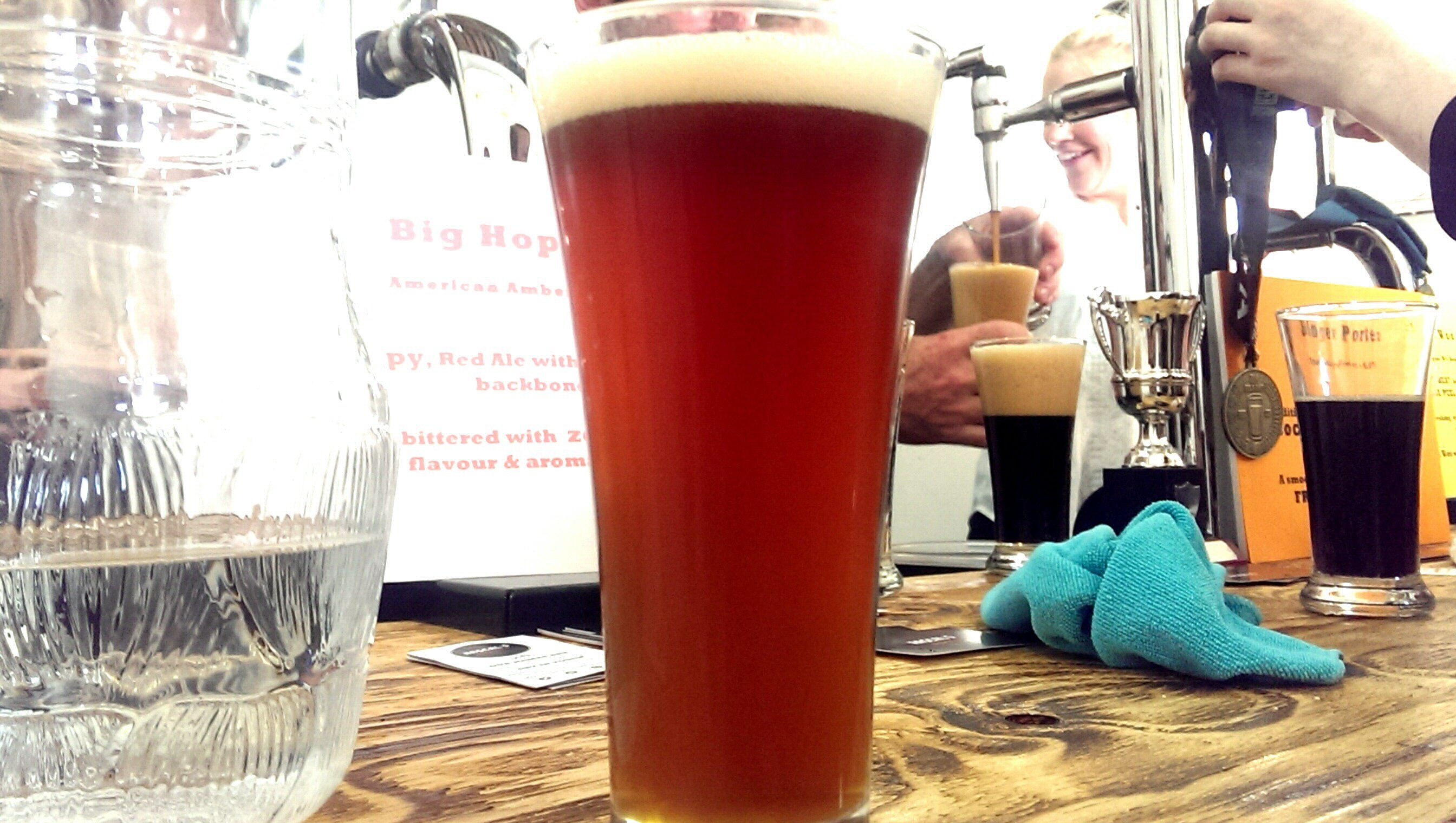 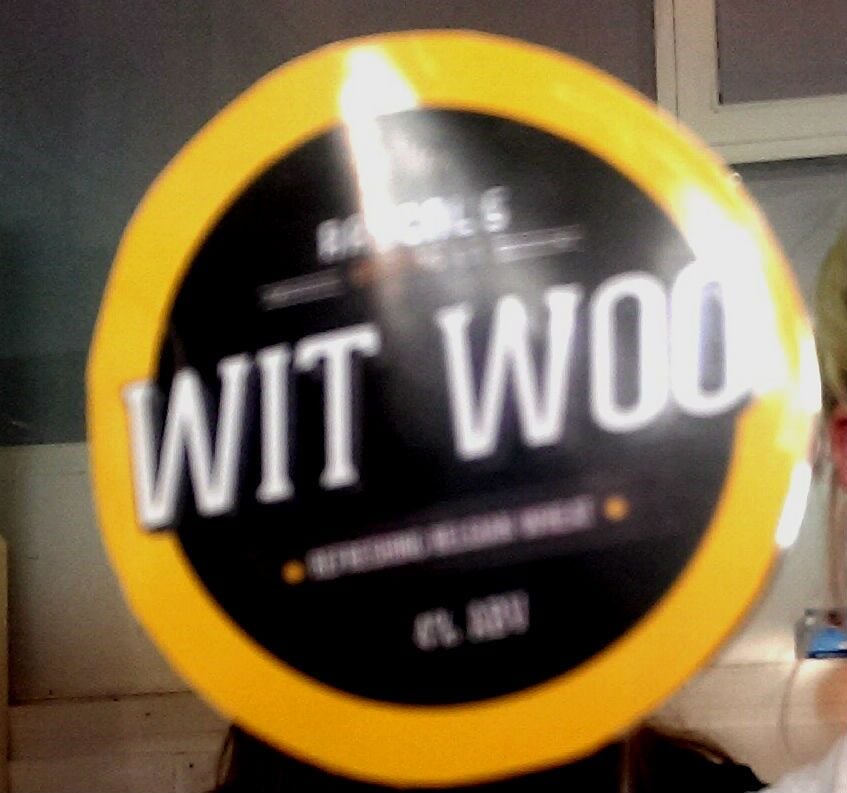 Last but by no means least, there was Rascal’s Belgian style wit beer, Wit Woo. Sorry for the bad quality of the pic, there was quite the commotion going on in front of the tap. This beer was extremely popular on the night because it’s so incredibly refreshing! It was a real life-saver with its typical Belgian smooth quality and notes of citrus fruits and cloves. Everyone wanted a glass of this and then 10 more. Wit Woo is one of the most refreshing beers I’ve ever tried and I can’t wait to try it again. Everyone, please seek this out and drink loads of it. It’s already won a medal as Best Summer Session Beer at the National Homebrew Competition, and I can definitely see why. It’s an outstanding brew, perfect for these temperatures. 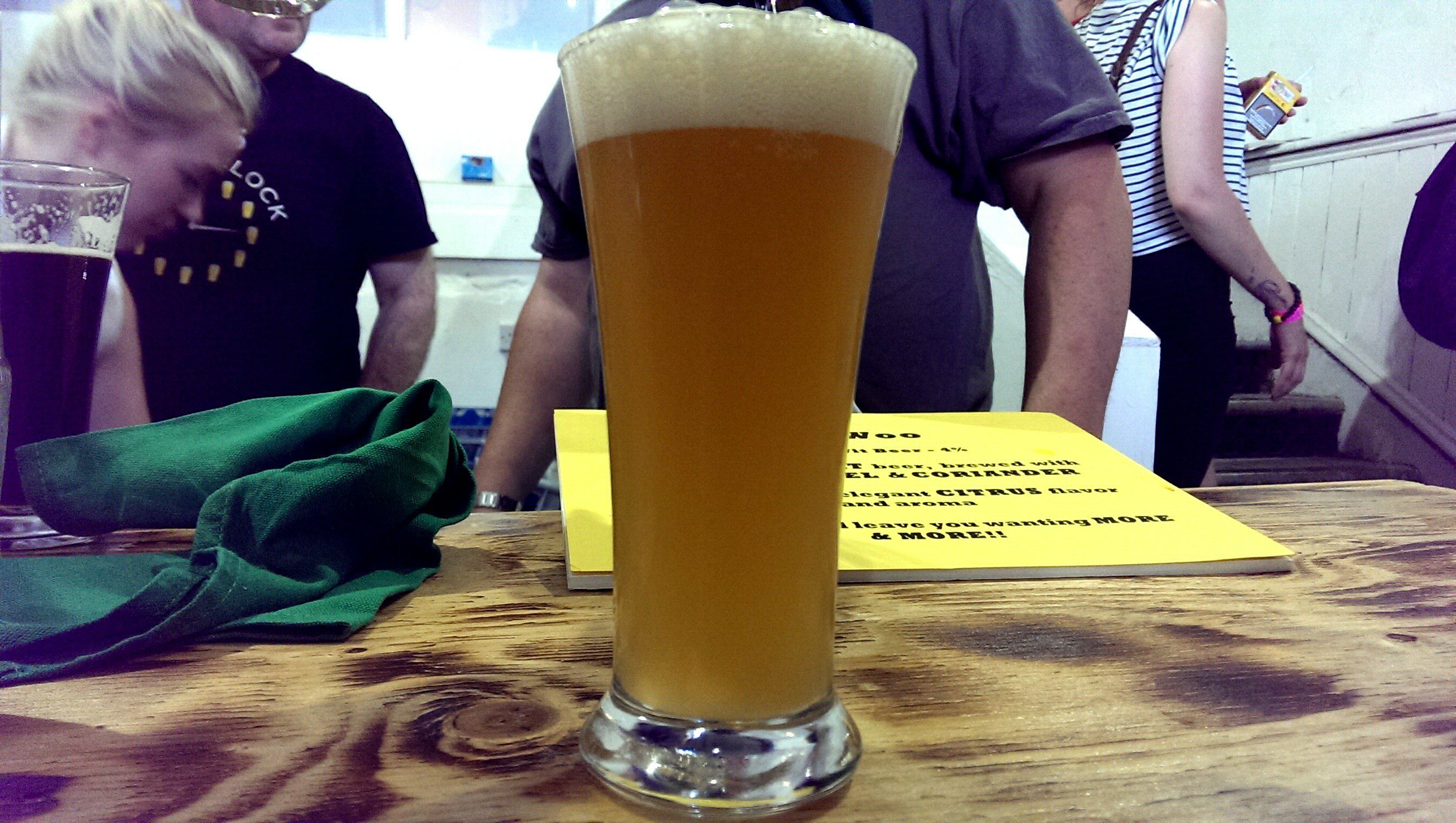 Another highlight of the launch that I absolutely must mention was the fantastic food provided by Flo and Eric of Brews We Plate. These two are geniuses. They do craft beer and food pairing dinners and their food is out of this world.  The highlight on Wednesday were their goat sliders. Yes, that’s pulled goat sandwiches. They were so delish that they got tons of mentions on Twitter and everyone I spoke to at the launch was instantly addicted to them. Each of the different bites on offer was made to go perfectly with one of the beers, and the combinations were divine. Follow Brews We Plate on Twitter and go to their next dinner event. You’re in for a whole new dining experience. The Rascal’s beers are now available in several pubs, such as 57 The Headline, Blackbird, The Black Sheep and The Norseman (formerly Farrington’s). Bottles have just started appearing as well and you should be able to find them in good off licenses very soon. Emma and Cathal have done an amazing job with their 3 beers and deserve all our support. Try the beers for yourselves, I’m sure you’ll agree they’re delicious. If you like them, show Rascal’s some love on Twitter and tell all your friends about them. Enjoy!