Think you know Dublin? Try these secrets for size.

Travel writer Pól Ó Conghaile spent a year pounding the pavements of the city, on a personal mission to get off the tourist grid for his book, Secret Dublin: An Unusual Guide. When it was published last year, we asked him to pick out seven secret things from Dublin that he loves best – and that you probably had no idea existed within the city you live in.

You can follow him on twitter here, and read more of his travel tips, advice and inspiration here.

Father Pat Noise was a priest who died under suspicious circumstances when his carriage plunged into the River Liffey on August 10th, 1919. Or was he? This small bronze plaque embedded in the west side of O’Connell Bridge appears to commemorate a real man but in fact, it was installed as a hoax.

Slotted into the space once occupied by a control box for the ill-fated millennium clock, the plaque was fitted in broad daylight almost a decade ago. Art or vandalism? The jury’s out, but it remains hidden in plain sight to this very day. 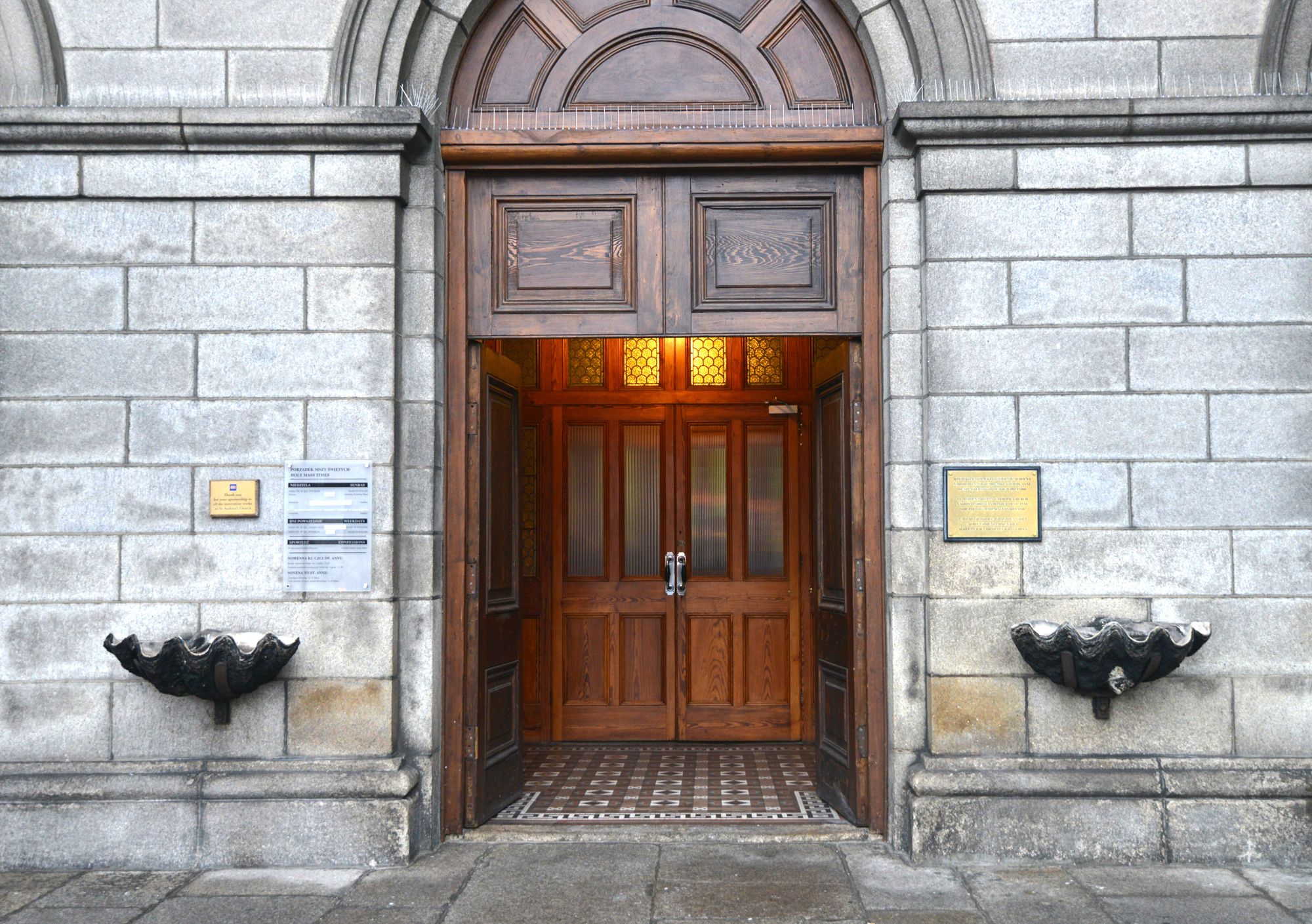 These holy water stoops, flanking the doorway of St Audeon’s Catholic Church (as distinct from the Church of Ireland next door) are enormous clamshells, fished from the Pacific Ocean.

The shells date from 1917, as the story goes, and were brought to Dublin by a seaman whose brother was a parish priests at the time. Visitors are unlikely to have lingered very long, however. St Audeon’s was where the famous Father ‘Flash’ Kavanagh is reputed to have said the fastest Sunday mass in the city, freeing parishioners in time for The Sunday Game… 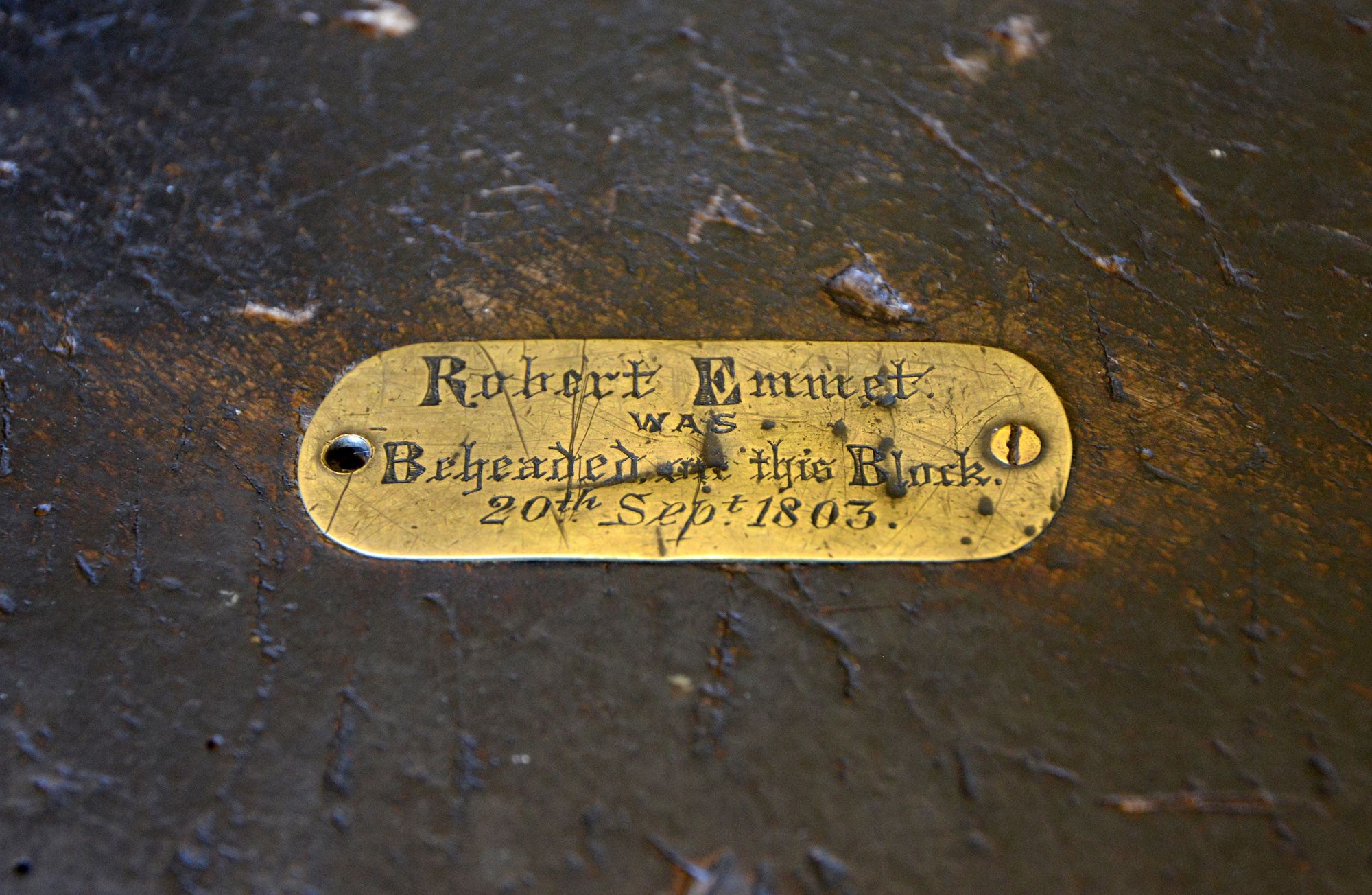 Robert Emmet became a martyr the moment he was executed, that much we know. The whereabouts of the 25-year-old’s body are less certain – after a brief burial at Bully’s Acre, his body was whisked away to a location that remains a mystery to this day.

Several grisly souvenirs remain, however – including this butcher’s block at the Pearse Museum in St Enda’s Park, Rathfarnham. The block is said to be that upon which Emmet’s head was chopped off in 1803. 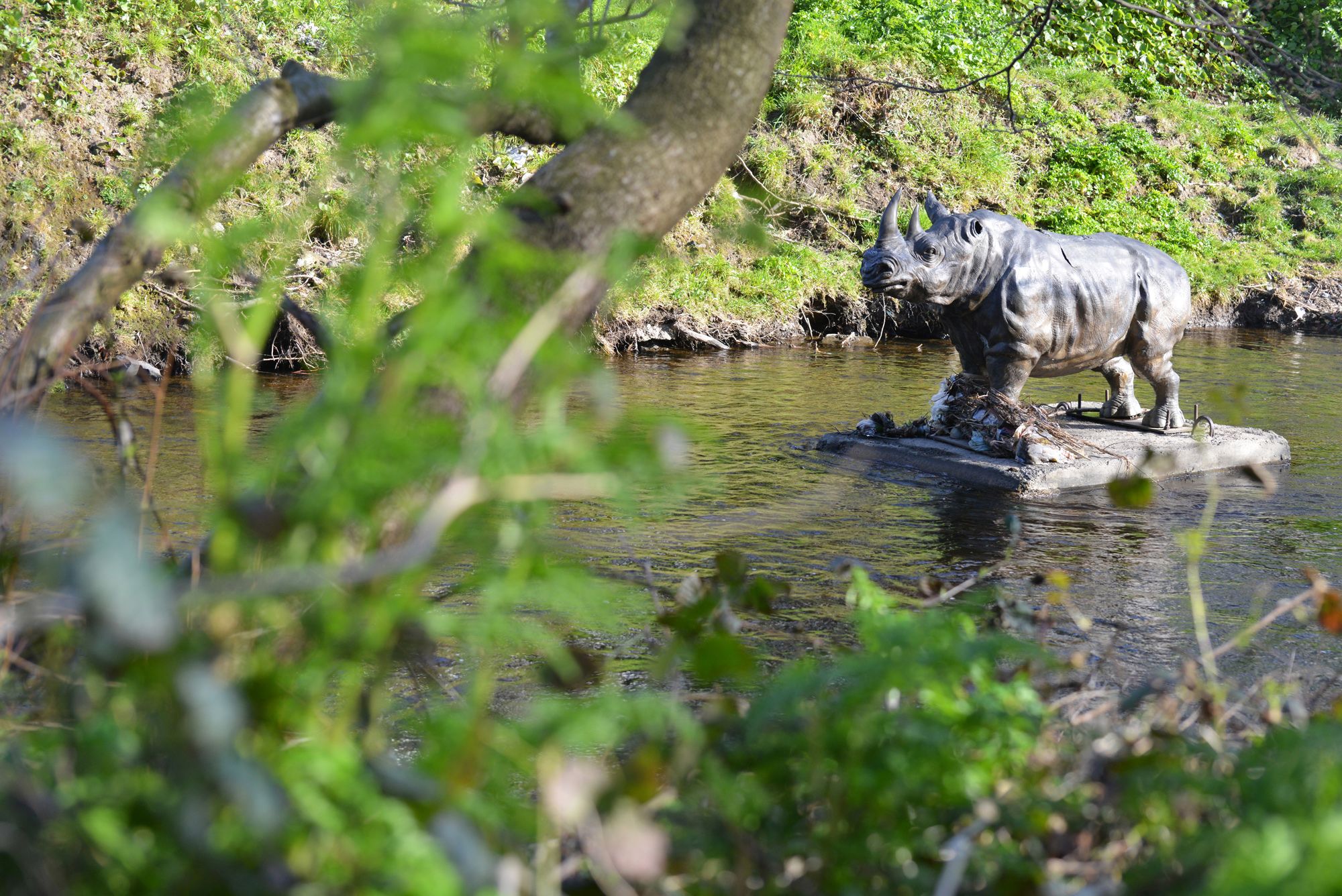 The River Dodder is renowned for its wildlife. It’s possible to see otter, kingfisher, bats, brown trout and cormorants along its course. And, erm… this rhino.

He’s made of bronze, and bolted to a concrete platform beside the Dropping Well in Churchtown. The ‘sculpture’ is believed to have appeared overnight in 2002, but pub staff wouldn’t be drawn on its origins. When I made enquiries, the response was cryptic: “We couldn’t get a hippo,” one staff member quipped.

What is this gigantic, rusty-red contraption on Sir John Rogerson’s Quay? Why, the diving bell responsible for dredging the Liffey channel, of course! The bell dates back to 1860, when it was designed by the brilliantly-named Bindon Blood Stoney (a former port engineer, memorialised in nearby Blood Stoney Street).

The bell’s air-locked chamber is still visible inside – amazingly, the device was used right up to the 1950s, complete with electric lights and a telephone. 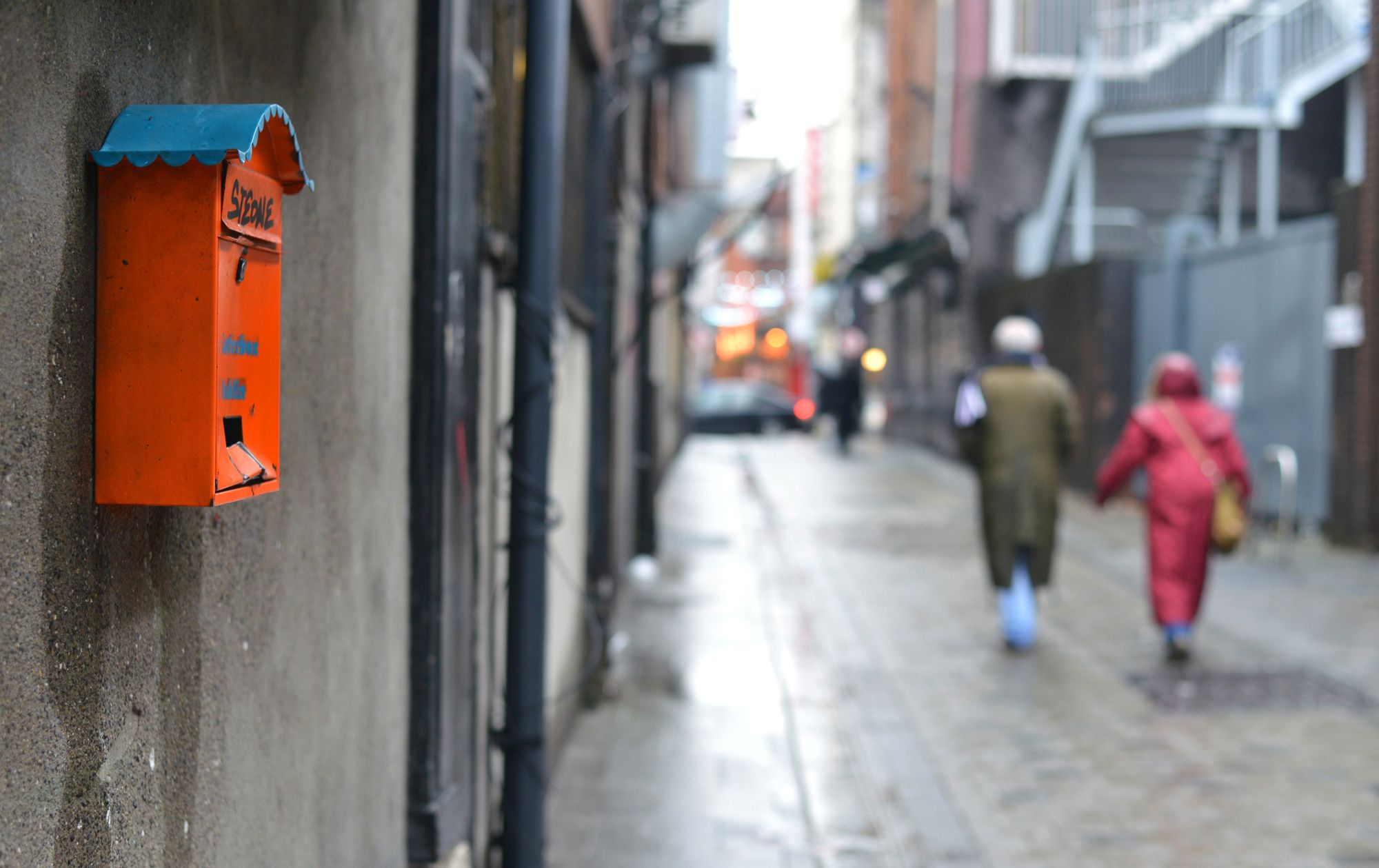 At first glance this letterbox looks just like… a letterbox. In fact, it’s a piece of guerrilla art installed by artist, publisher and designer Sarah Bracken.

‘Letterbox Dublin’ dates back to 2008, when Bracken labelled it with varying themes – ‘Letters to God’, ‘Letter to the Past’ or ‘Confess Your Secrets’ for example. When passers-by posted random responses, she gathered them into a brilliantly bizarre collection of testimonies ranging from ‘I wish to win the lotto’ to ‘I’m not really gay, but I do like to tease the boys…’ 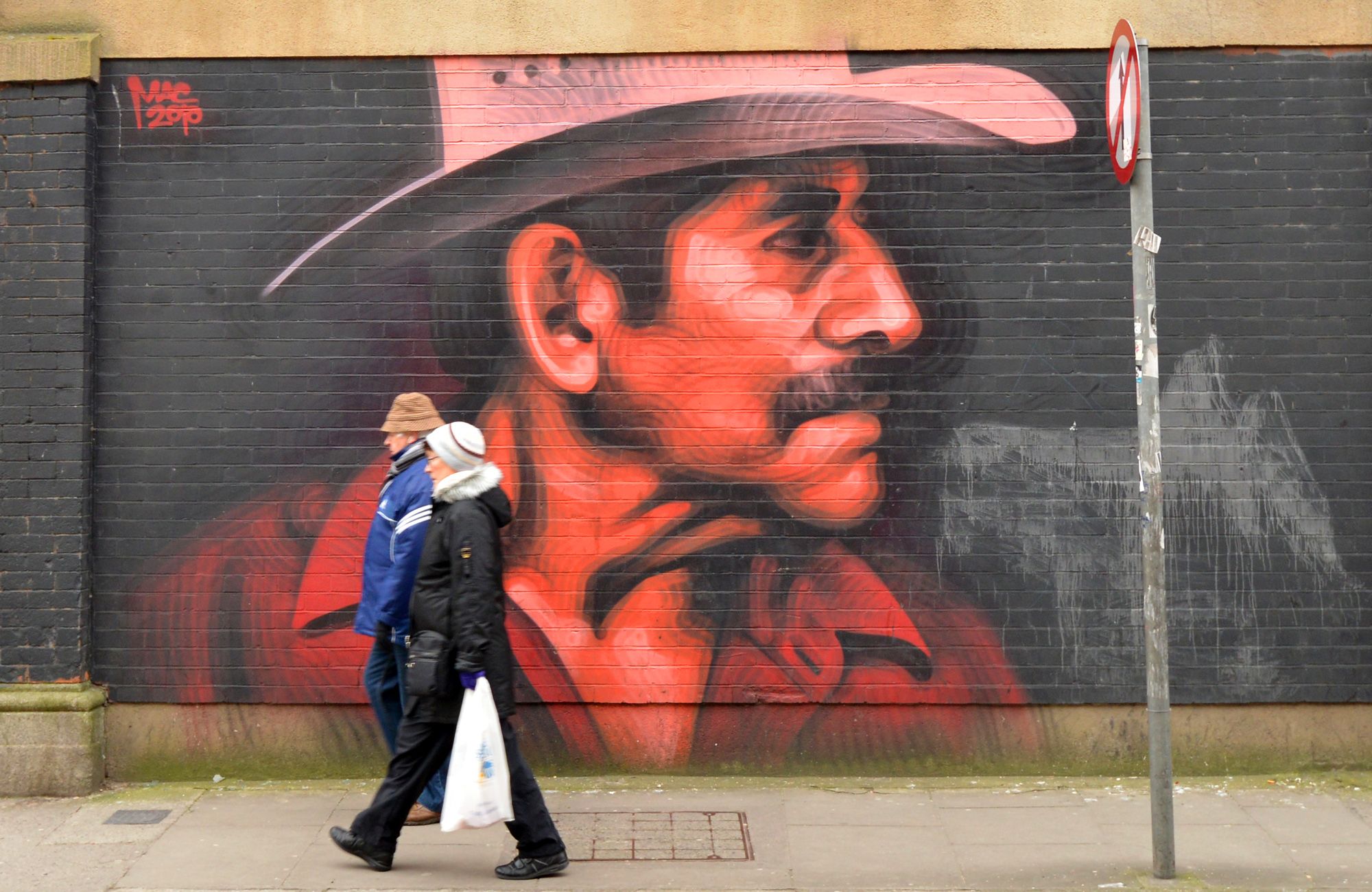 It’s the last thing you’d expect to see in the Liberties. There you are, moseying past the churches, stalls and antique shops, when you turn into the Tivoli Theatre car park and an explosion of graffiti hits you between the eyes.

Dozens of works of art turn this vacant lot into an outdoor gallery of street art, including several pieces by Steve Powers, the New York-based artist better known as ESPO.

Secret Dublin: An Unusual Guide is available for sale or order in all good bookshops, or on Amazon.co.uk and it is well worth a read if you ask us! 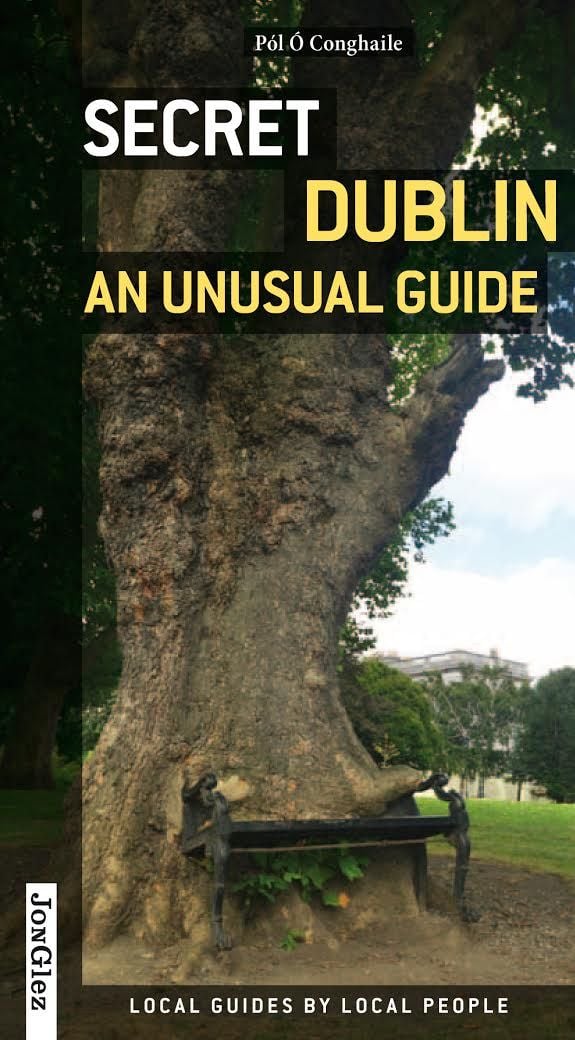 How to play the $336m American Mega Millions from Ireland