Preface: In response to the reaction provoked by this post, please do take the time to read Niall's apology here.

As a country we tend to do the most obvious thing when the sun shines and that is head to the local pub. Unlike other nationalities who do things like go fishing, hit the beach or go for a nice stroll we all feel the need to play up to our national stereotypes and head to the local boozer. When the sun shines there are certain places that you just know will be packed. The Barge is probably the most obvious place to head but for years it was Ocean Bar. There is no area in Dublin developing faster than Grand Canal dock. I lived here for 2 years in the early naughties and it was still a waste land. Google was still a good search engine but not the verb we all use today and they had yet to move 1000s of staff here. Facebook hadn't been invented and all we had to make the area cool were U2s recording studios. Fast forward to today and there are bakeries, fancy coffee shops, Wake boarding tracks, 10,000s of young European workers, a 5 star hotel, a cool theatre and tons of brilliant restaurants. As Dublin continues to re-generate this will become our central business area. A focal point and a place you'd be happy to bring any tourist to show them our bouncebackability. 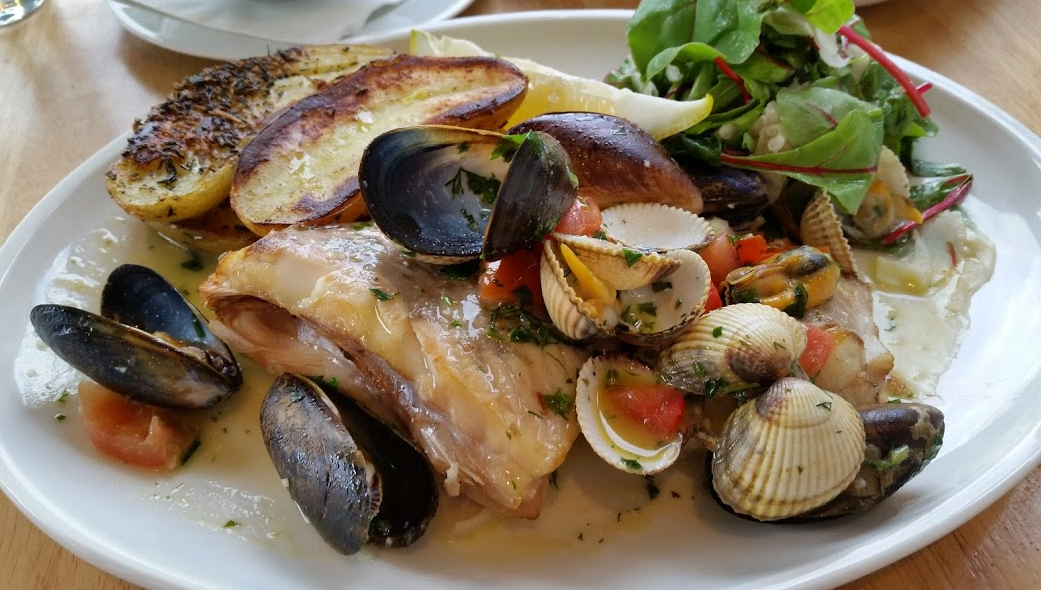 One spot hoping to take advantage of the area is Mourne Seafood. They have a couple of super successful places up in the North and it is great to see a non tech company taking a big plunge in Dublin. Just like the old Ocean Bar which they took over this is a mixture between a pub and a restaurant and with cracking weather this weekend it was a must try even though they have only been open about a month. 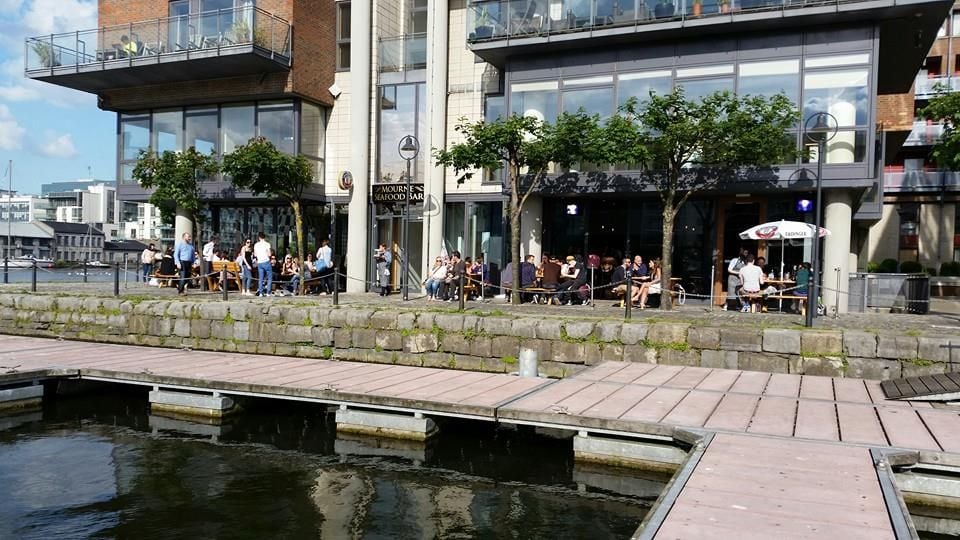 I know this space well because I actually helped Conrad Gallagher open the original restaurant over a decade ago and spent many hours cooking and drinking in here. Their food is really good and has a focus on Seafood as you would expect. Our capital is finally starting to get the sort of fish restaurants we deserve. Lots of nice simple uncomplicated cooking. My risotto with peas and bacon was delightful although the scallops could have been a little bigger and felt like small cut offs. Tasty though. 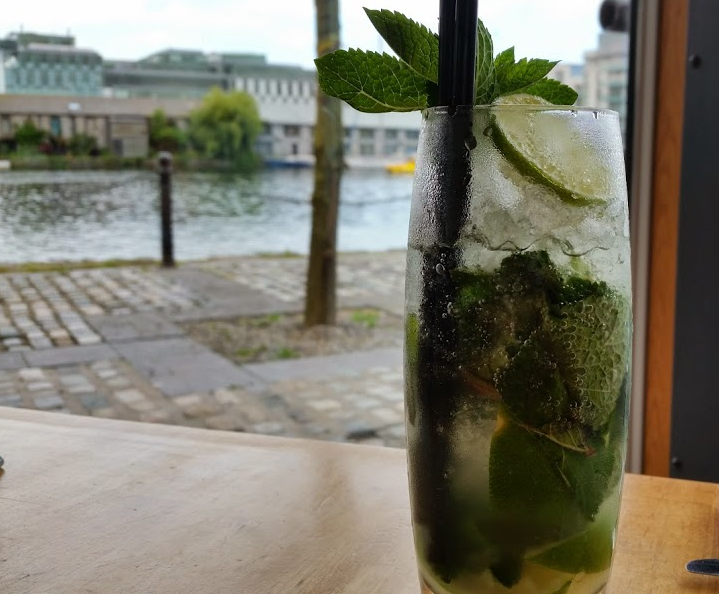 If you want to test a fish restaurant you have to go with the turbot (undisputed king of the Ocean)which I did. It was served on the bone and perfectly cooked and tasty but the sides let it down. The chips and potatoes were both limp but nearly everything else was top notch. Super cocktails as well and the staff were attentive even though the place was packed. 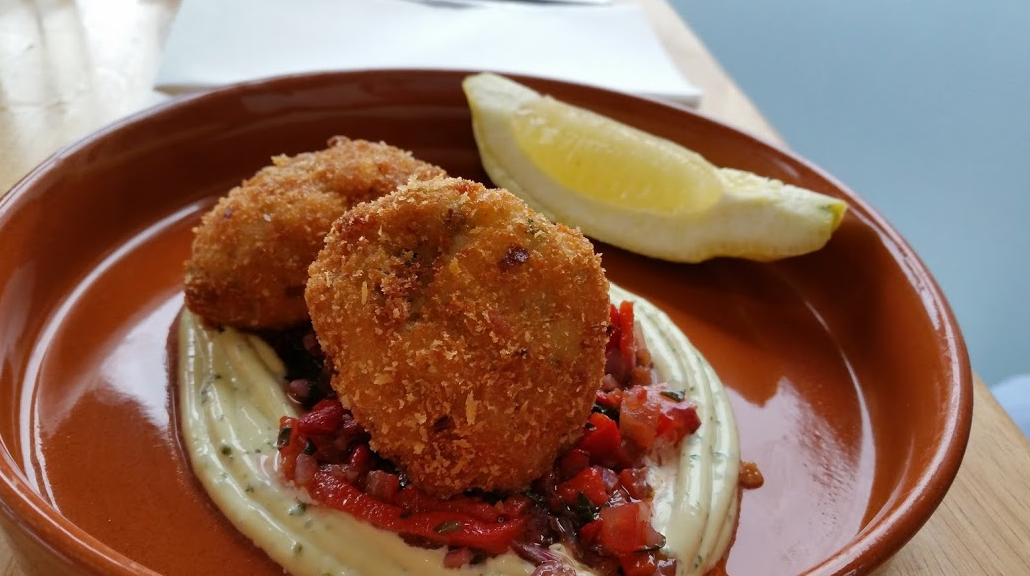 The big problem with Mourne is the room. The reason this place has never been a home run of a restaurant is the cold feeling dead room. It looks amazing in summer with people sitting outside but it is downright miserable when the sun is not out and they've done nothing to change that. I suspect just like Ocean they'll kill it during the summer months but for a restaurant to work it needs to be packed all year round. The good news is that there are plenty of young professionals around with spare cash these days but there is also a ton of competition down here as well now. I really hope they make a go of this because the food and service is well up to it but I won't be back there until next year when the sun is splitting the sky. 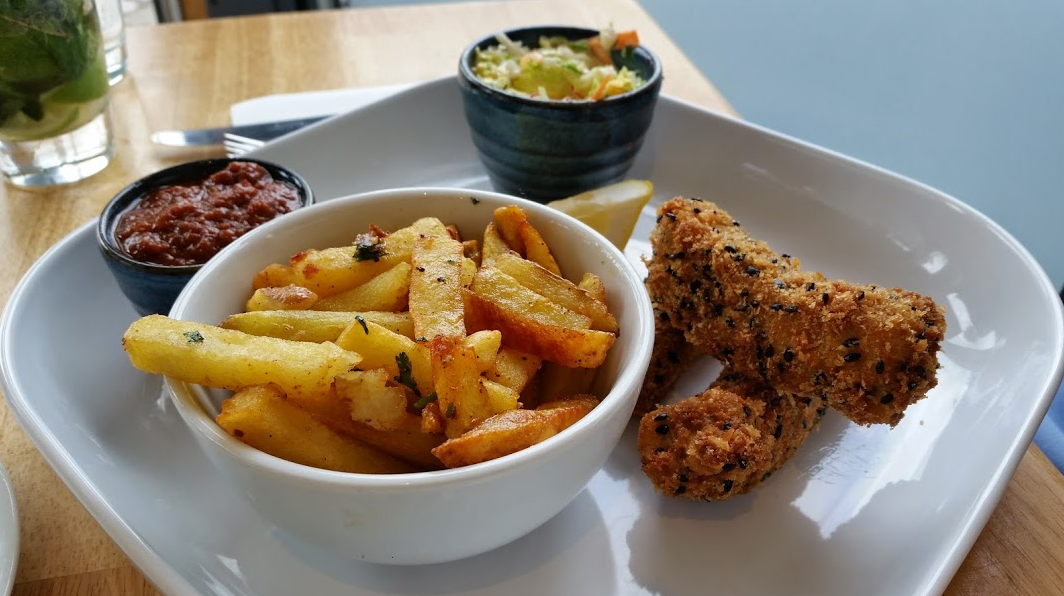