Press Up is the biggest food giant in Dublin right now and it seems they have a new opening every week, few have excited me as much as this one though...

Doolally is a brand new Indian restaurant on Dublin’s South Richmond Street that aims to bring a fresh concept in Indian cuisine to Ireland. 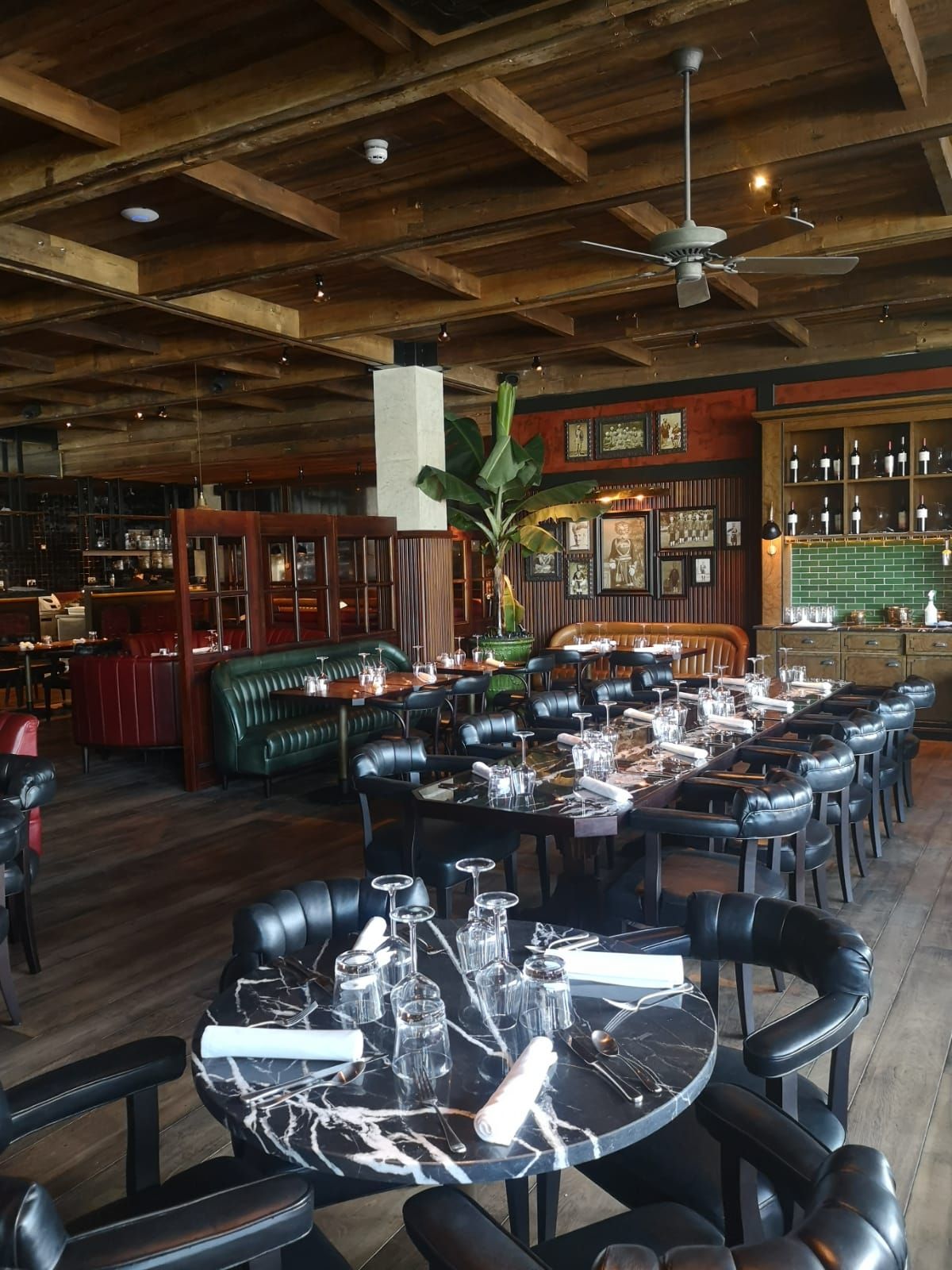 Walking toward the venue, I was immediately stunned by the sheer size of it. Marked with red neon signs and an interesting arched mural, it's has a very contemporary yet cosmopolitan feel to it, very different from the old-school vibes of the Bernard Shaw right across the street. This would often make you roll your eyes and scorn these food giants for taking away the old charming buildings of Dublin city but I'm pretty sure this particular spot has been a vacant building site since I came to Dublin in 2015, so it's nice to see a buzz about the place.

Doolally has been inspired by the all-important spice route which connected India with Ireland and has seen explorers return with fantastical stories of busy markets, street stalls, eclectic tearooms, beautiful colours and incredible people.

Strong political and literary links between Ireland and India have been well documented, with myriad letters, poems, songs being written by Irish men and women chronicling their Indian adventures.

The origin of the word Doolally comes from the town of Deolali, in Nasik District, situated about 150 kilometres from Mumbai. The hill station was established in 1869 and was used as a transit camp for nearly all troops proceeding to and from Bombay and Britain. It was here that troops, from all over the British Empire including many Irish soldiers, had to await repatriation to Britain after finishing their tour of duty. A town abundant in history and rich in heritage, Deolali was a place where tails of India were documented, poems penned, and stories shared across the world by travelling soldiers, bringing tales of the subcontinent to Ireland. 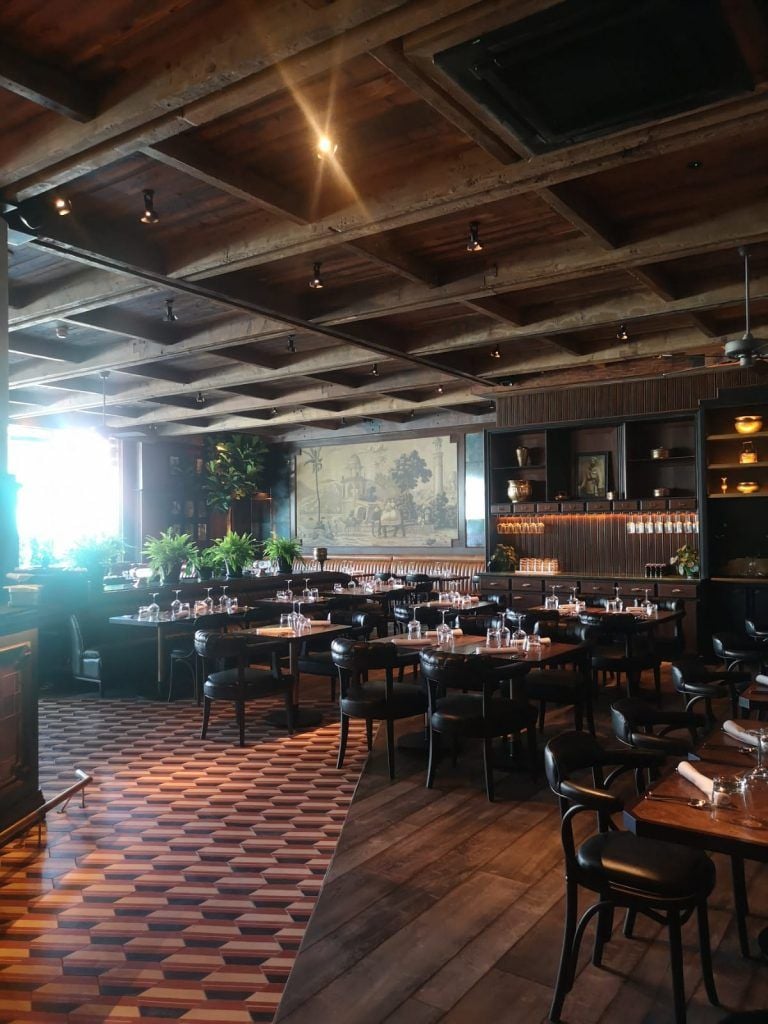 Walking in I could tell from the first millisecond that I had entered a product of the Press Up group - an emerald green bar is at the centre of the room, red leather booths shaped corners paired with black marble tables, the floor around the bar was tiled in a perfect Press Up-like pattern and big wooden slates lined the ceiling. 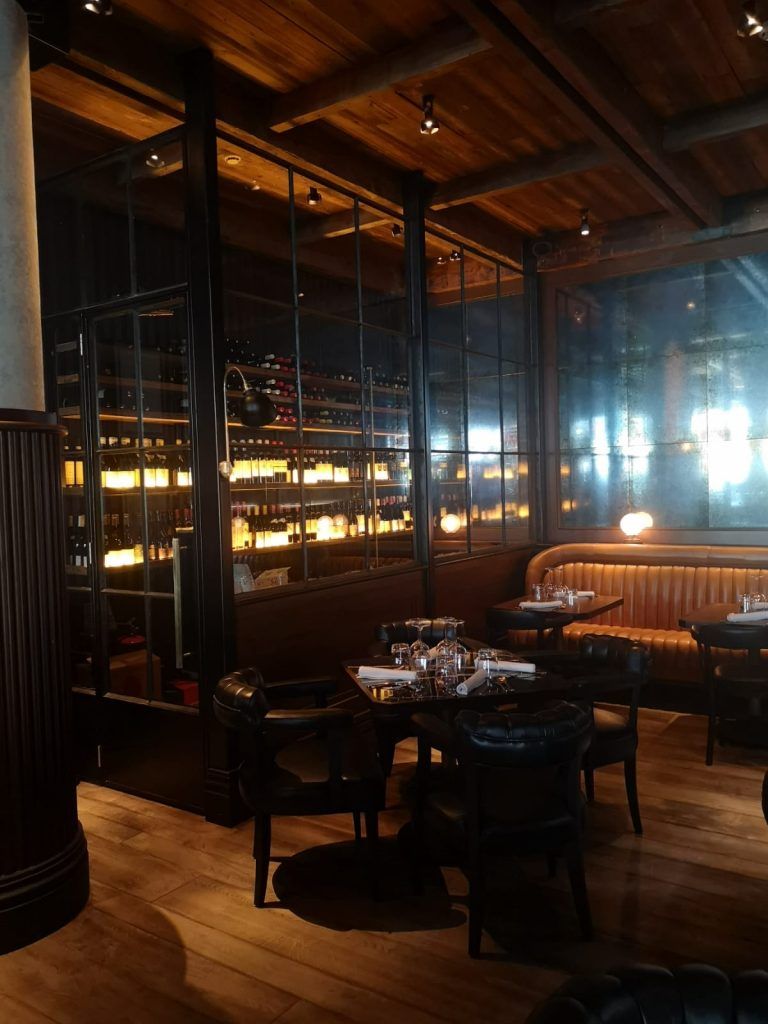 A full-width kitchen, replete with tandoori ovens, acts as a focal point at the back of the restaurant. You can see the chefs preparing your food as you take in the buzzing surroundings.

I should note, out of all of the Press Up venues, this one does have a different feel. It's much darker inside with quirky historic Indian pictures, banana plants and trinkets placed neatly on the walls and shelves. I'm a sucker for a good bathroom and this one has the most beautiful sink I think I've seen in any Dublin venue. 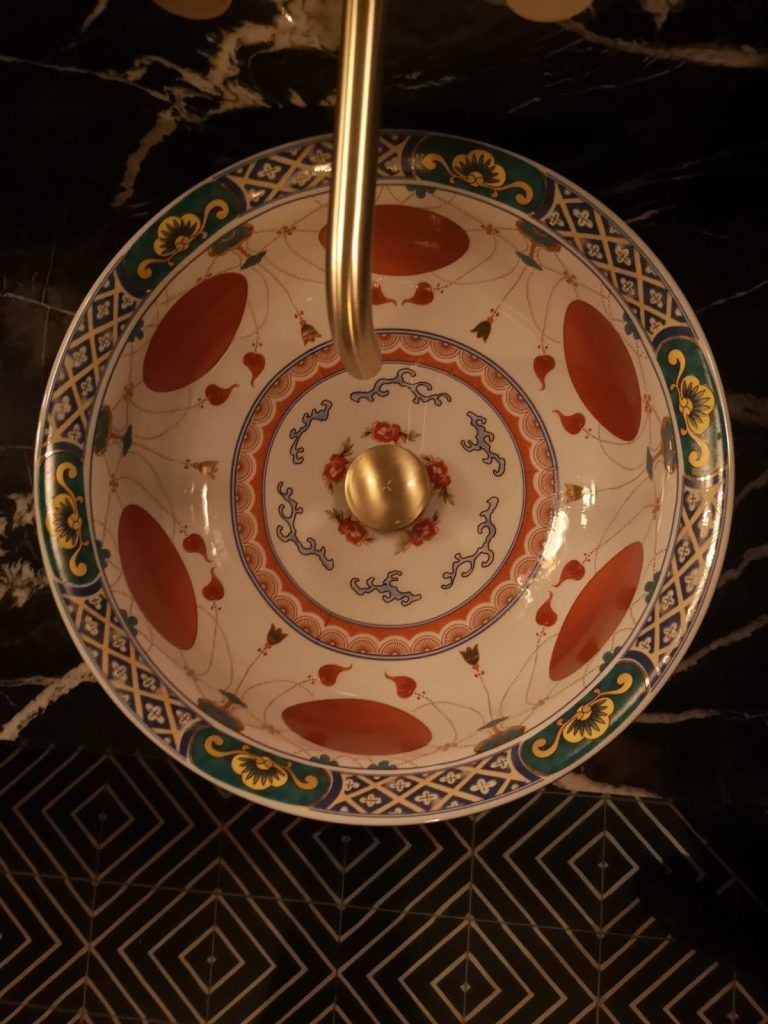 It was opening night when I arrived. Usually, when I call into a new venue on their first day it's a stressful affair; there are boxes all over the floor, plumbers and electricians drilling about the place and the staff are run of their feet. I was shocked at how calm it was in Doolally. The staff were all having the craic and after I finished shooting they joined me to taste the food - it was a really good vibe and I'm sure this will also be the case during the busiest evenings, the professionalism is unbeatable.

What's on the menu?

Doolally’s menu has been created in collaboration with Alfred Prasad, a renowned Indian chef, who was awarded a Michelin star at the age of twenty-nine.

“I feel fortunate to be a part of such a fun food story in Dublin. My culinary philosophy of Heritage, Health and Happiness, lies at the very core of my cooking. For DoolalIy, I have drawn inspiration from the heartbeats of India: bustling streets and bazaars, vast and vibrant coastline and its diverse, eclectic history. It has been a wonderful experience collaborating with Press Up and bringing to you the best of Indian-Irish bonhomie.” 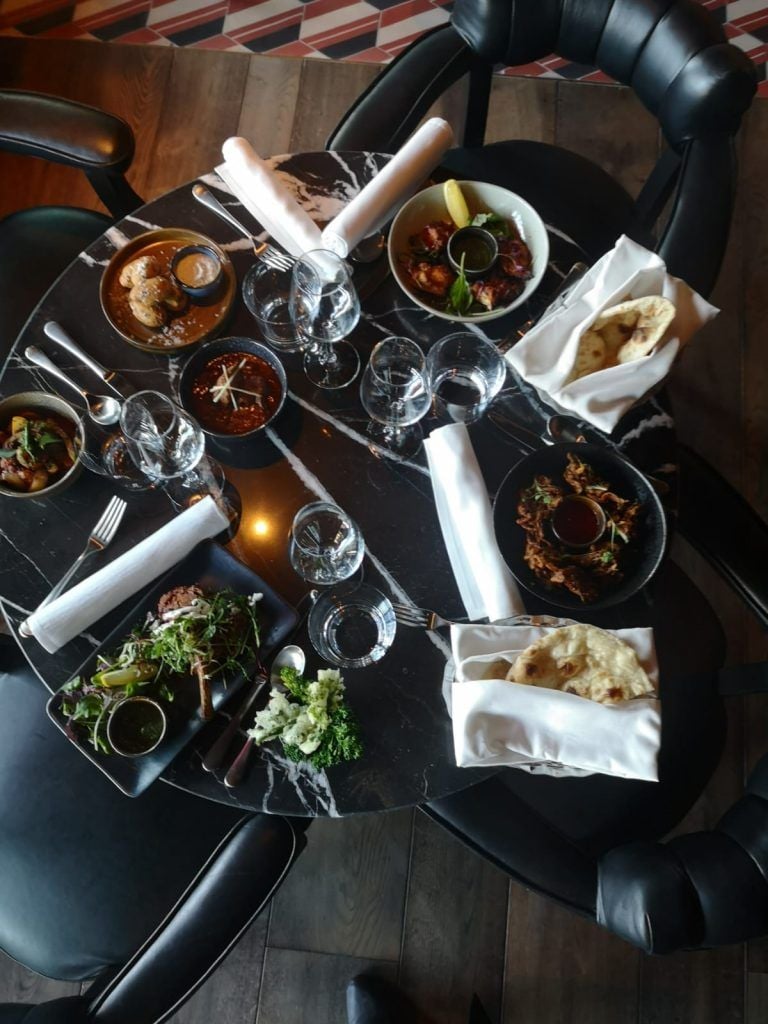 I started at the bar. Sitting with the marketing manager of Press Up and having a catch-up, I could tell this was a scenario I would be back to with friends and family. It's a really welcoming area and the ideal spot to perch yourself after a day at work or on a Sunday for brunch.

I had the Mangifera cocktail made from Ciroc vodka, cranberry, mango, lime and ginger beer. It was right up my street - not too sweet, super refreshing, full of flavour and simple. Garnished with a slice of ginger it had no notions about it. 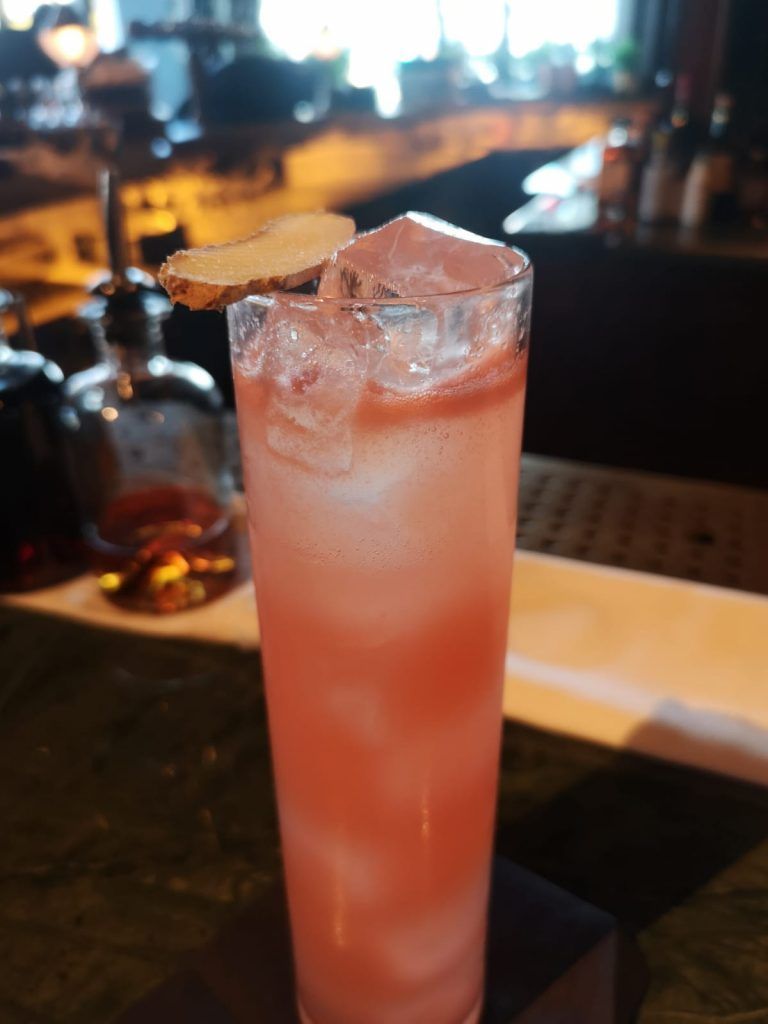 I was fortunate enough to sample an array of dishes from the menu include the best onion bhaji I've tried in Dublin, lentil dumplings, a mouth-watering lamb chop and their signature naan.

I'm not the biggest fan of lamb but the meat was so tender it was divine.

Usually, after Indian food, I feel pretty crappy but the sauces were all light and seemed much healthier than the usual butter-loaded dishes I'm used to.

Overall, I was really impressed.

Sometimes I feel like Press Up are masters of atmosphere and design but the food doesn't match up. In this case, it certainly does and it's great to see them dipping into more exotic cuisines instead of the usual American-Italian.

Doolally is open for business and will be serving lunch, dinner and weekend brunch.