A new apartment building in Dublin’s docklands is renting out its new units for an eye-watering €3,700 a month.

The Opus building, part of the Six Hanover Quay development, is launching its 120 apartments this week and a quarter of those have already been let.

The building, located across from the Bord Gáis Energy Theatre at Grand Canal Dock, features mainly two-bed apartments at €3,700 a month along with a number of four-bed penthouses. 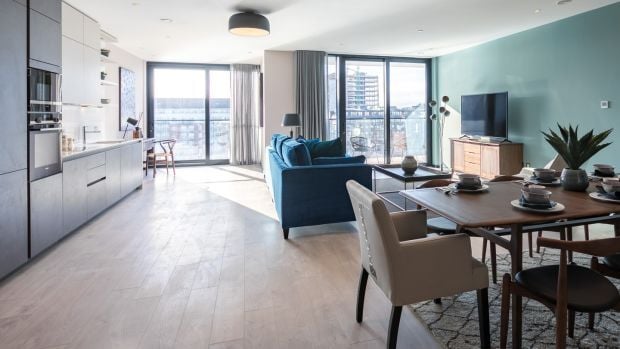 The penthouse prices have not yet been revealed, though The Irish Times reports that they ‘are likely to command five-figure monthly sums’.

All units have balconies and floor-to-ceiling windows, while 54 of the apartments have south-facing water views and 11 have their own roof gardens.

Michael Looney, managing director of the building's owner Carysfort Capital, says the units that have already been snapped up were rented out to a mixture of corporate and individual tenants.

Meanwhile, the nearby 22-storey Capital Dock development launched in February with an equally expensive price tag of €3,500 to €4,000 per month.

READ MORE: A New 80-Seater Beer Garden Is Opening Next To Stephen’s Green Next Month