Public transport in the city is set for significant changes.

The National Transport Authority (NTA) announced today that changes made to bus routes in the city will see an increase of 22% in services.

After a pubic consultation saw a staggering 50,000 submissions, the NTA announced this morning that eight high-frequency spine routes (lettered A to G), running from the suburbs into Dublin city Centre, would be introduced.

The new revised routes will reportedly see buses show up to stops along the spine routes every three to eight minutes.

As well as this, branches will be added to these spine routes, which will see buses stem off the main routes to serve areas like Edenmore, Donaghmede, Tyrellstown, Sallynoggin, Shanowen and Enniskerry.

The announcement sees the loss of direct routes between the city centre and certain areas in and surrounding Dublin, namely Blessington, Dunboyne, Mulhuddart, Lucan, Greystones, Rush, Skerries and Lusk. This means that passengers from these areas will have to change routes to travel to the city centre.

But, a new 90-minute roaming fare is set to be introduced under new plans. This will mean that passengers can pay one fare on one mode of transport and get onto another one within 90 minutes without any extra charges. 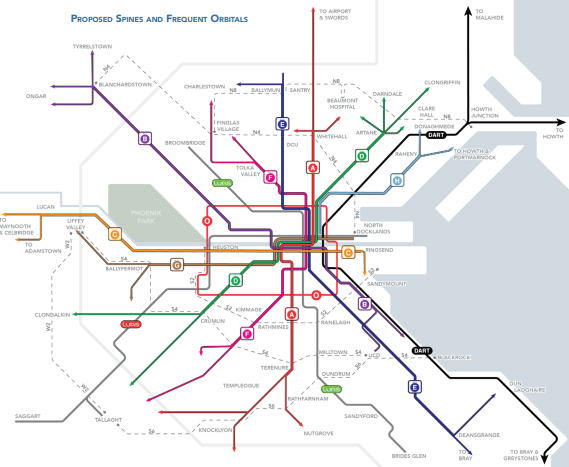 The new plans will also see the introduction of ten 'orbital routes'. These will connect the main spine routes and allow passengers to travel to different parts of the city without travelling to the city centre.

The NTA has claimed that under the revised transport plan, 95% of areas in Dublin will have direct access to the city centre without the need for passengers to get off one bus and onto another.

Evening and weekend transport is also set to change, with frequent routes running every 15 minutes (or better) between 6am and 11pm on weekdays and Saturdays.

Although many of the changes have been welcomed, concerns have been raised about the expected cost, which is said to be €2 billion.

To find out more about the revised plan, click here.

McDonald's reintroducing customer favourites back to the menu next week