I travel a lot. Its a pain in the hole and never as glam as it sounds and if there is one thing that you can be nearly certain about when it comes to business travel it is that you'll eat shit food to try and cheer yourself up a little. That and the fact that you are going to get stuck between a fat bloke with rolls of fat bulging over his seat on to your arm and a young mother with a screaming 3 month old puking on you. You are probably wondering why the fuck I'm reviewing an airline breakfast on a Dublin food blog but when you think about it this is the first food experience both entering and leaving a country that many tourists will have. Some of the world's biggest airlines like BA and Etihad sell themselves on their luxurious food offerings but luckily for Aer Lingus the benchmark is somewhat lower in Ireland with Micky O'Learys rotten bags of plastic placenta looking toasties all they to compete with. I'd quite frankly rather go in and lick the toilet bowl clean after a long haul flight clean than attempt to eat any of Ryanair's "Food". 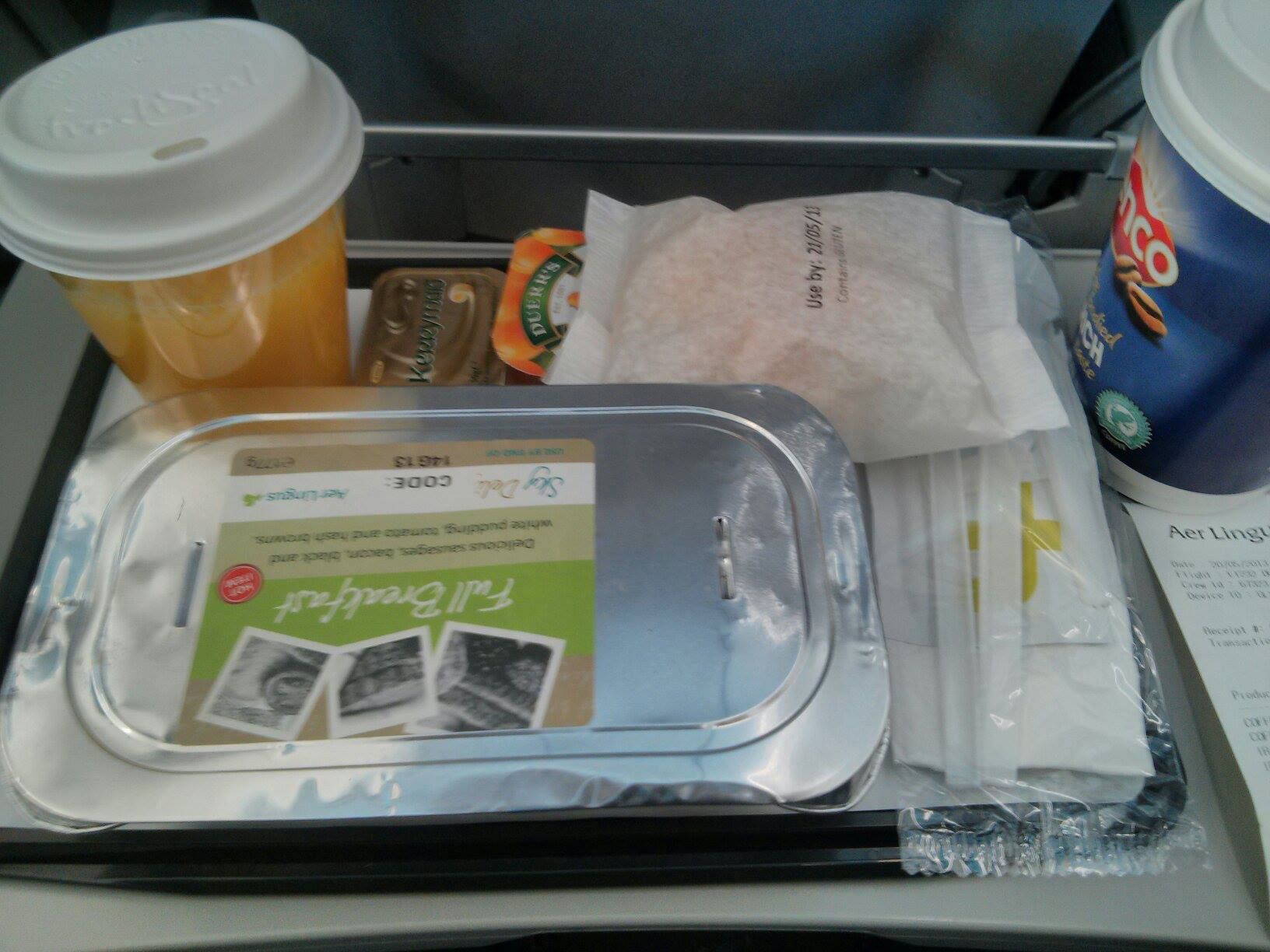 As airlines struggle with making any money they've turned to a whole range of add ons to try and break even. Aer Lingus seem to have put a special emphasis on food and their all day breakfast is pushed everywhere you look. You can order it in advance online and their marketing material for it makes it look sensational. On board a red eye to London this week we ordered ours and sat back absolutely starving. When it arrived we weren't disappointed. 2 Lovely big fat juicy sausages. A nice fat slice of bacon, a juicy tomato,  a couple of puddings and some slightly soggy hash browns. 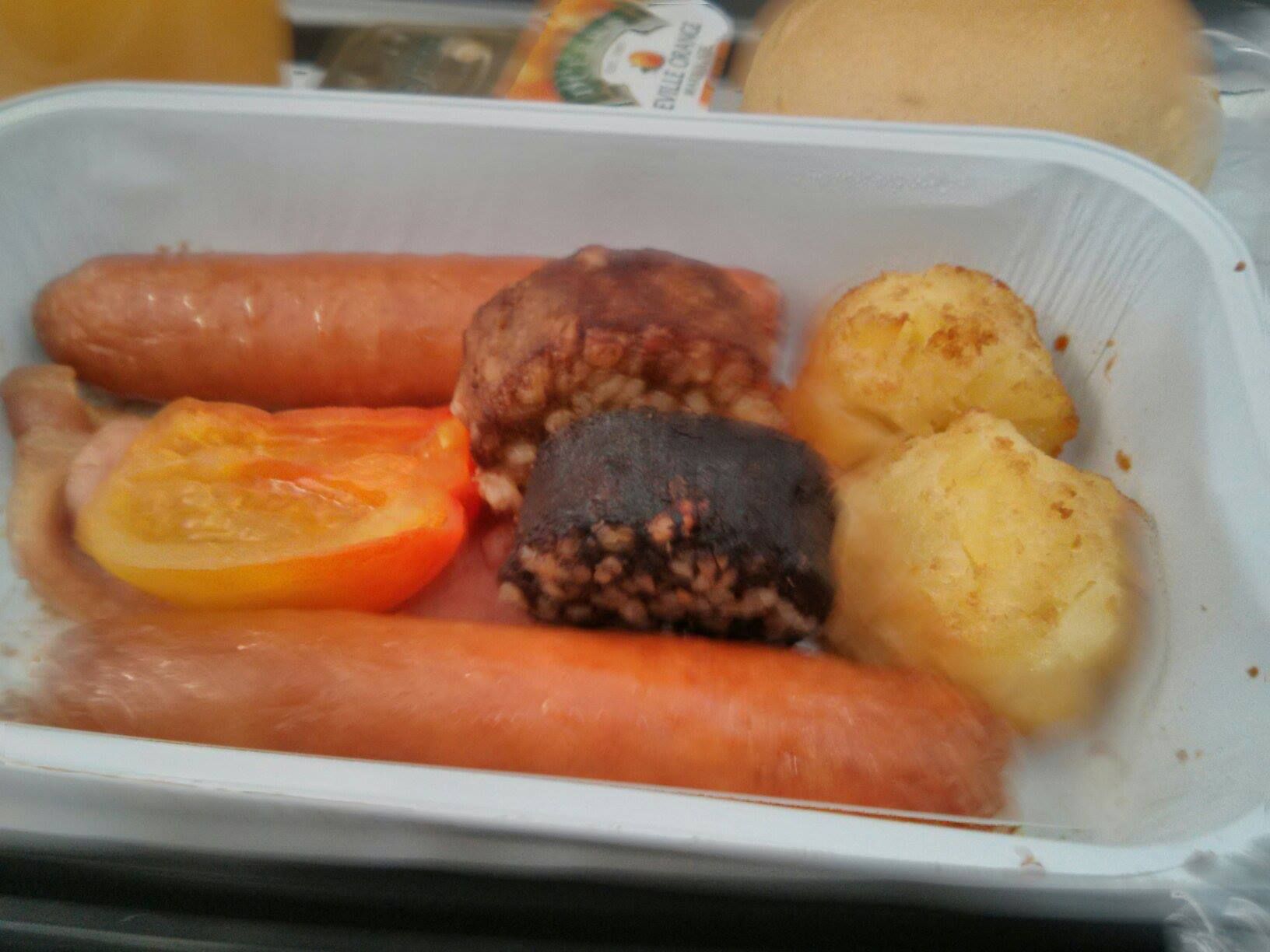 Now the food is not going to win any michelin stars but by God was it tasty. Throw in the fact that you get a piping hot cup of coffee and some decent orange juice and this is about as good as food gets while flying. The only couple of negative points I would have is that firstly there is no egg. I don't think you need to be a culinary genius to figure out that eggs sitting around for hours and then getting heated up are going to look and taste like the puke you see on the footpath the next morning outside coppers so it is probably for the best that they are omitted. My second issue is that the bread they serve tastes like sawdust. The used to have a couple of nice slices of brown Mccambridges bread but the new stuff is cheap and nasty and looks like the decision our new German overlords (their CEO is German) that was made on a spreadsheet somewhere in head office on a wet Tuesday. 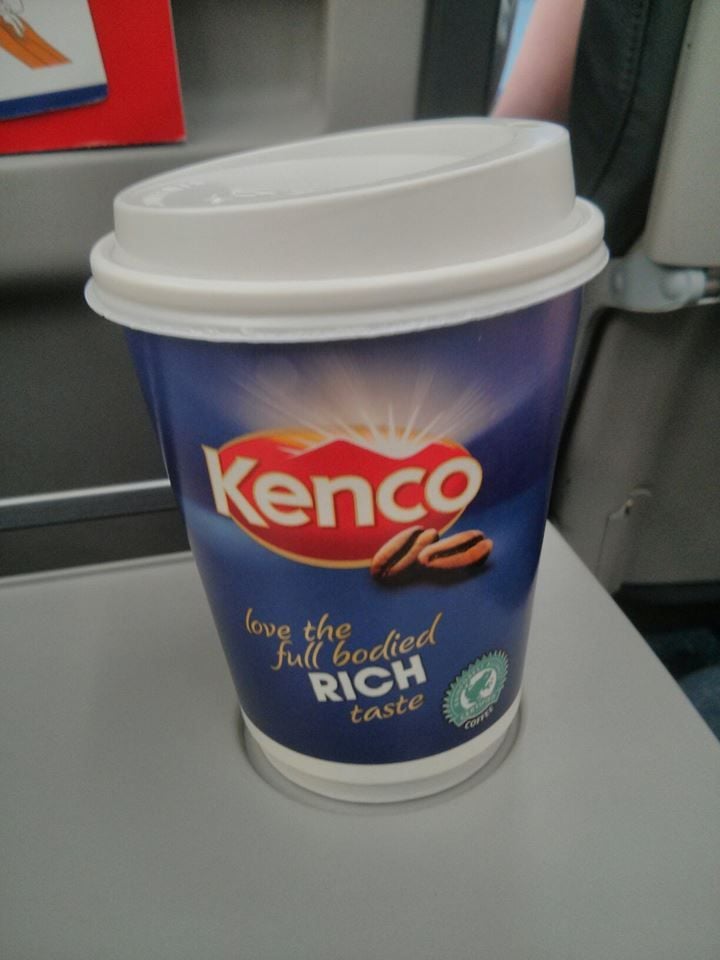 All in all you really couldn't fault the whole experience. I actually book my morning flights to London because of this breakfast. I don't mind Ryanair because I see it for what it is (a bus with wings) and am not looking to be treated like a foreign VIP dignitary like many people seem to be for 99 Euros. In the morning though when I'm cranky and inevitably working on some last minute presentation I want something decent to eat. Some might prefer to eat at the Airport itself but I have the process of boarding the plane down to such a fine art where any spare seconds are used hitting the snooze button and not looking for expensive shitty airport food. 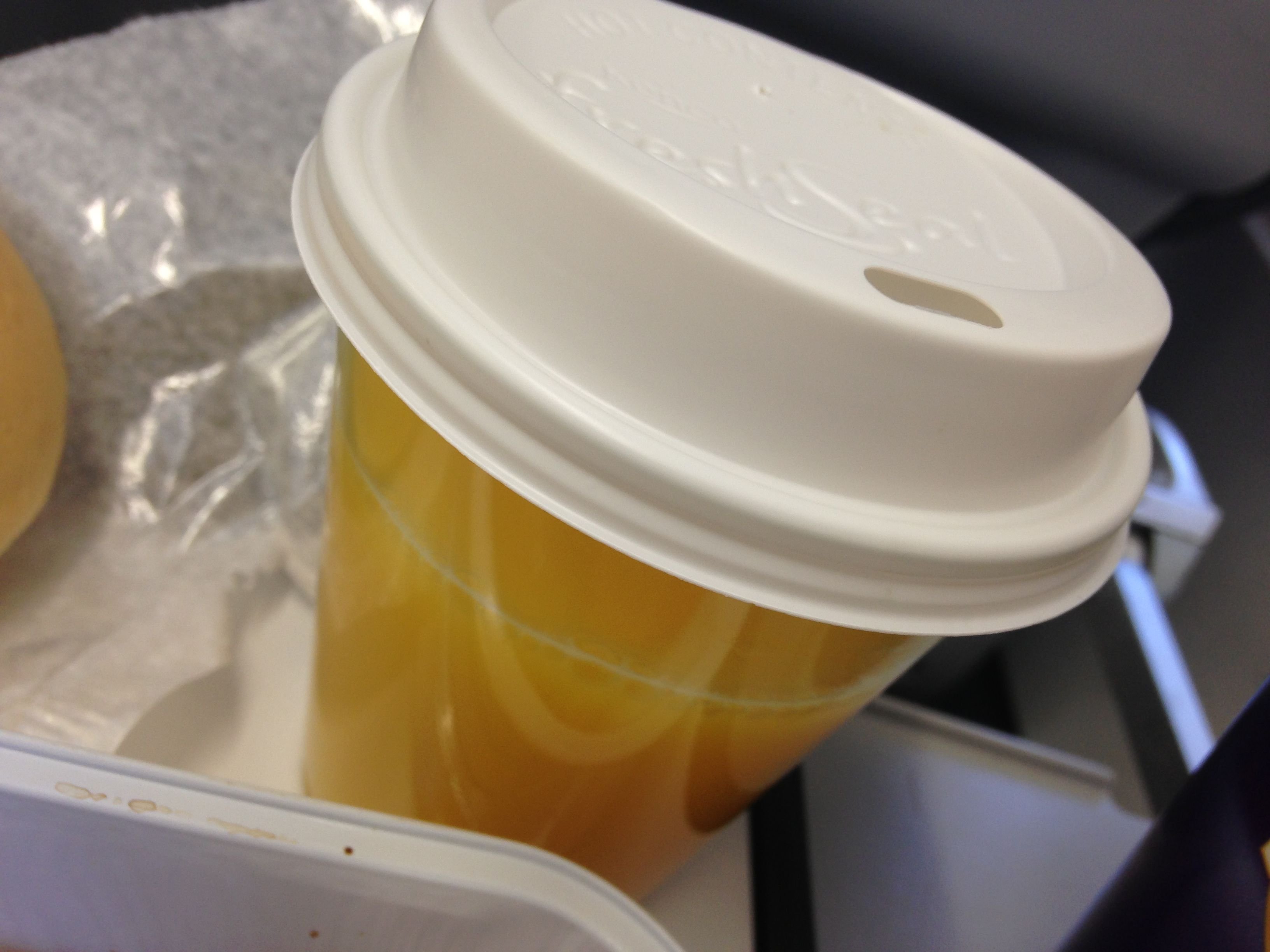 That is all before you come to the best part about the whole experience....The price. For the princely sum of seven Euros and fifty cent you get a cooked breakfast, bread, jam, butter, coffee and juice. A steal you would think but I still hear people giving out about the quality every time I fly. I feel like turning around and saying "listen you cheap bastard you are flying in a little piece of metal at 700 mph over 37,000 feet up the air eating a half decent brekkie with lots of change from a tenner. How about you keep you first world problems to yourself, shut your fat mouth and let me try to get 10 minutes sleep before we land". All in all I'd highly suggest you try it out. As food on planes go the Aer Lingus breakfast ain't half bad. 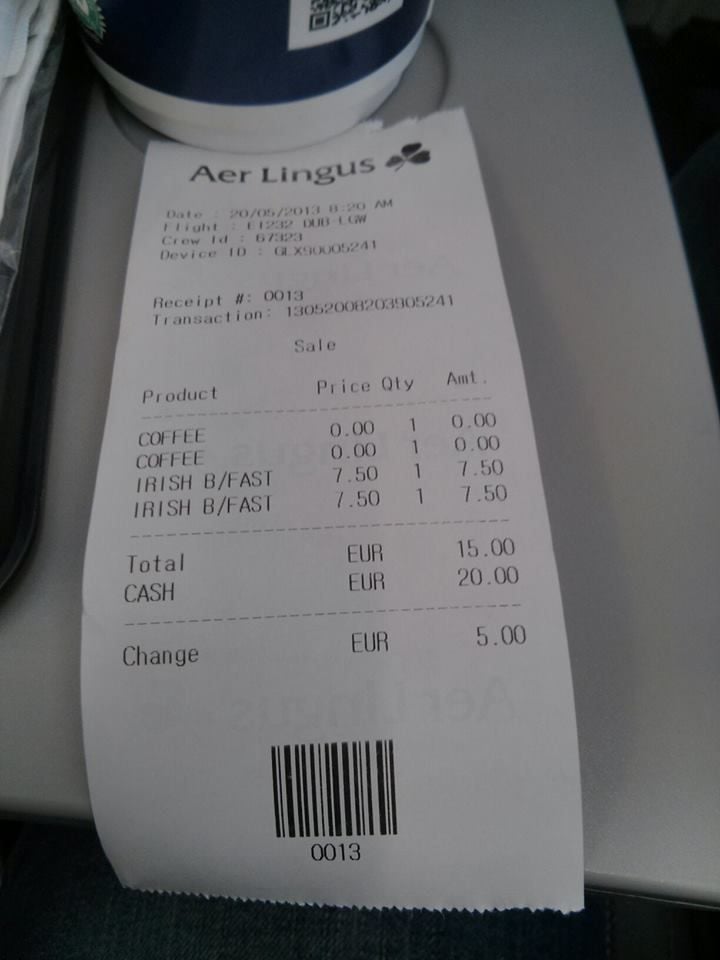 Brunch Unlike Any You've Had Before? This Spot Just Outside Dublin Is Worth The Day Trip

The 2 Best Breakfasts In Dublin By A Country Mile