Dublin's newest adult playground, Jam Park is jam-packed full of fun things to do and makes for an absolutely gas time.

Jam Park is probably one of the most exciting venues to open in Dublin in recent months. As a north-sider who used to frequent the Wright Venue in Swords in my late teens, I have to admit, part of me was super sad when it was announced that it was closing down. I haven't been there in years, but still, I had some damn good memories of the place.

But hey, it was turned into something unreal.

A few mates and I headed along over the weekend to check it out. We had a table booked to get some grub so we headed straight up to the third floor.

I got the chicken burger and to be honest, it’s one of the nicer chicken burgers I’ve had, and it was absolutely massive (in every sense of the word). That came with a side of fries and me and a mate got nachos to share. 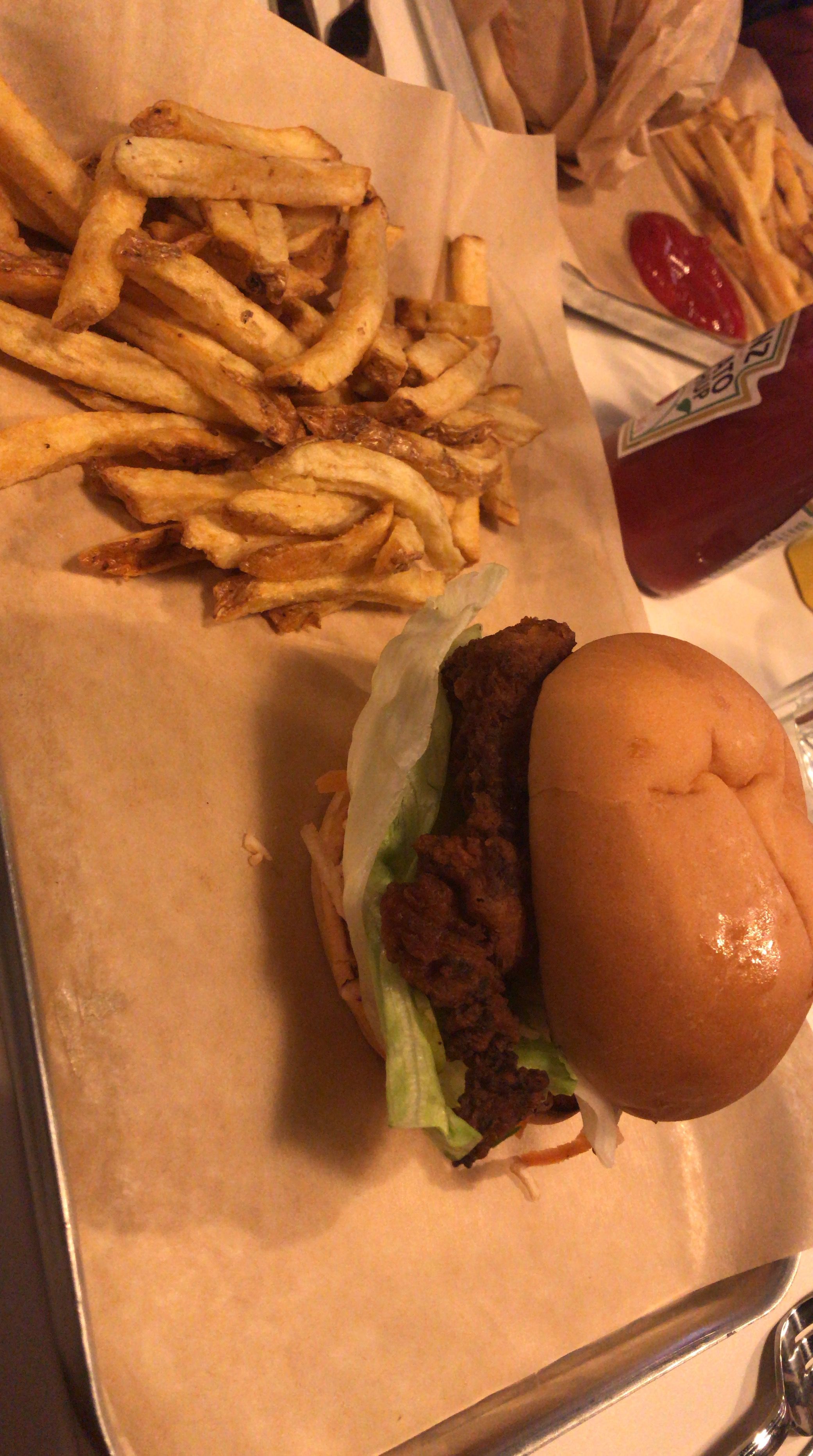 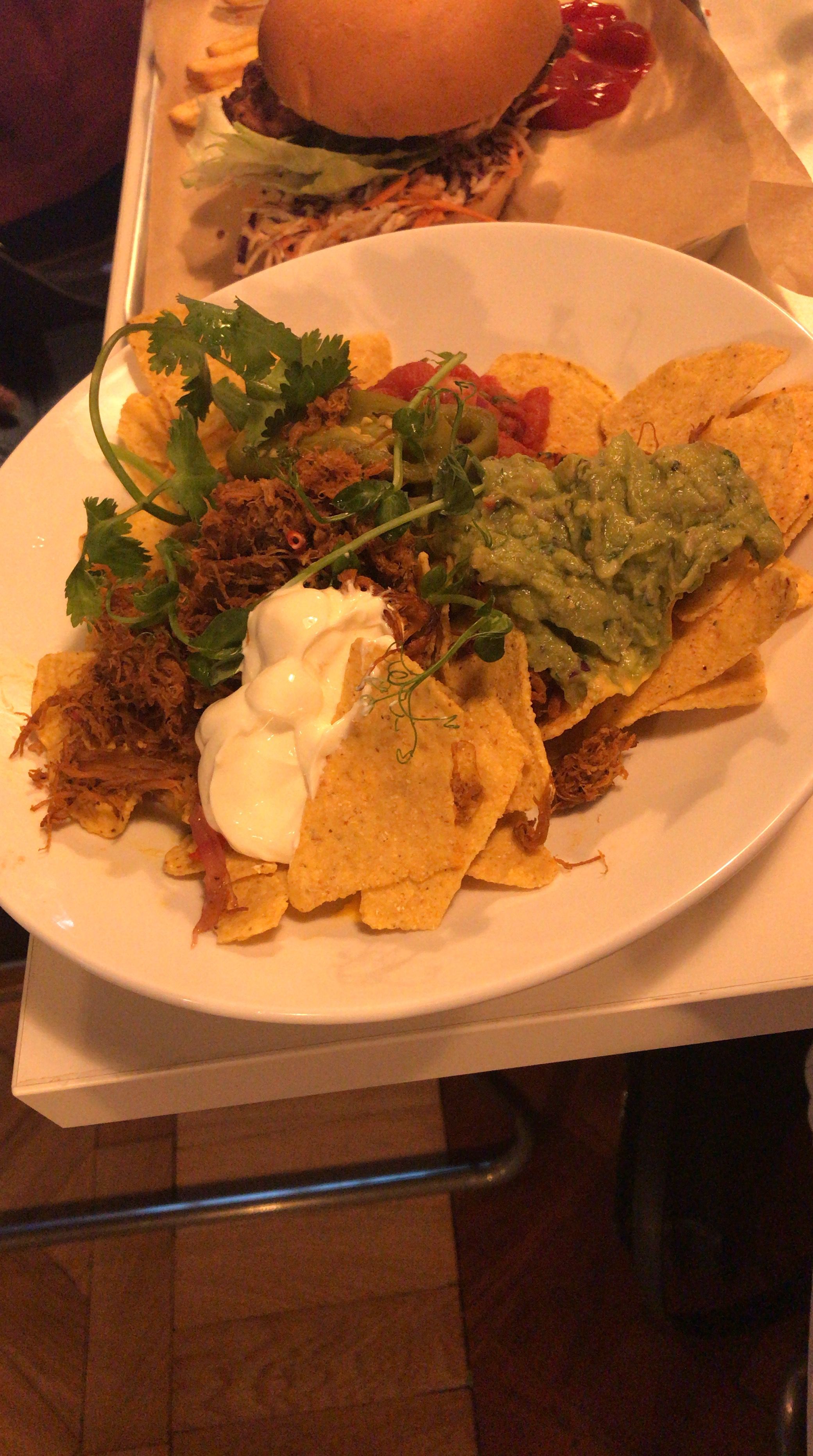 And the nachos were as good as they looked. It was a hefty portion topped with pulled pork, salsa, guac, sour cream, cheese sauce and cilantro.

Now, we did encounter the typical teething issues you would expect at the opening weekend of a new spot. There were a few problems with drinks and with the bill, but I think I’m willing to let that slide. I’ve worked A LOT of service jobs in my time, so I know what it’s like to start somewhere new and not being used to how things work.

But the food was so good. I’d say give it a little bit of time and they’ll probably have it down. Although, it does have to be said that my friend was absolutely raging that there was no garlic dip.

But once all of that was over, oh boy, it was time to go play. I was literally as excited as a child going to a jungle gym.

Oh, and if you don't want to go and have a sit-down meal upstairs, you can get bar food at any of the bars on any floor. When I go back, I think I'll do that instead. It probably saves a lot of time because you can eat and play at the same time.

Anyways, we headed downstairs to what used to be the Purple Room, which now has mini golf and a few board games. When we asked one of the staff how things worked with paying for the games, he actually gave us a tour.

Before any major ( our Major is this Thursday ) there’s a Pro-Am , a practice session for the big stuff. The course is nearly ready and we’ll add holes the rooftop next week too. So... our Jam Park golf ‘pro-am’ kicks off this evening at 5pm. Are you a Pro? Or an Amateur? [email protected] to book in and make your case. Tag any golf pals you know below, no doubt they’ll try to bring in their own clubs....

What used to be private rooms, are now escape rooms and karaoke rooms, which can be booked for a group for the whole night. The guy even said that the staff will come in and take drink orders the whole night.

He also showed us corridors with different arcade games and all that sort of stuff, but you should know that they actually don't have an ATM and they don't do cashback at the bar. It's kind of inconvenient if you want to break change for the arcade games but you don't have any cash. Basically, you have to make sure you have cash with you if you want to have a whack at the arcade games. But everything else can be paid for on card at any of the bars.

This is where we ended up spending most of the night. It’s dotted with tables, benches and ping pong tables with two bars on either side.

At €6.50 a pint, it was fairly expensive, but it’s not the kind of place where you would put away many of them, because there are so many things to do.

It cost a tenner for 45 minutes and however many paddles you want. But there was no queue for it, so we were probably on it for over an hour. There were seven of us so we just tapped in and out in between having drinks and it was such a laugh.

Honestly, Jam Park is such a good option if you want to get out of the house on a Saturday night, but you don’t fancy the sesh. It's so good to have more things like this opening up in Dublin. Listen, sometimes a bop with the girlos just doesn't tickle your fancy, but you don't want to sit in on the weekend either.