Who's hungry? When it comes to delicious Mexican takeaways, we always are.

Since our tummies are rumbling for a bit of Mexican spice, we are feeling inspired to look at some of the best Mexican takeaways in Dublin you can order from Just Eat this weekend.

We'll be sat in away from the cold with a takeaway on the lap and Love Island on the telly this weekend. That's pure bliss if you ask me.

Located on Angier Street, VERDE has all kinds of Mexican goodness.

You can build your own burrito or bowl with some unreal fillings such as Chicken Tinga (marinated in their homemade chipotle tinga seasoning), Beef Barbacoa, Pork Carnitas, Chilli Con Carne or their veggie option which includes guacamole.

Or, you can opt for some delicious tacos, nachos or a salad box.

Tuesday's are for Tacos 😋

As far as Mexican takeaway in Dublin goes, this one has absolutely loads to choose from.

With stores in Sandyford, Hatch Street and Pearse Street, Zambrero serves up delightful Tiny Tortas, a toasted mini brioche bun filled with your choice of meat, kale salad mix, cheese, jalapenos and one of their six sauces.

And of course, they deliver unreal burritos. But the Mexican deliciousness doesn't end there. Why not try their nachos served with meat, guacamole, cheese, sour cream, up to three salsas, jalapenos, a squeeze of lime and choice of sauce? Or, you could go for a Zam Salad.

Located on North King Street, El Patron is another one that serves up some gloriously tasty Mexican grub.

And obviously, there are some incredible burritos on offer from this place. You can build your own or choose one from their set menu, such as their Steak Bandito Burrito, Pollo Santa Fe Burrito or their El Gordo Burrito.

Situated on Wexford Street, this has to be one of the most popular burrito spots in Dublin. And here's why...

First of all, whether you opt for Carnitas Pork, Barbacoa Beef, Steak or Chicken, you can be sure that your burrito or burrito bowl will be super fresh and tasty.

Oh, and they also do a Grande Burrito, which is essentially two burritos in one.

If you're feeling brave, order a side of their #4 Salsa. According to them, it'll "blow your head off".

All of the colours 😍

Found in Sandyford, this spot serves up an impressive range of burritos, nachos, fajitas and even burgers.

First, you can order yourself some of their delicious starters such as Mexican Chicken Strips, Garlic Mushrooms, Chilli Poppers or Deep Filled Potato Skins.

Then, onto the main event! Their burgers, like the Peri Peri Chicken Burger, the Mighty Meaty Burger and the Mexican Beef Burger, all look divine.

While their burritos, enchiladas, tortilla nachos and chicken wings all sound just as mouth-watering. 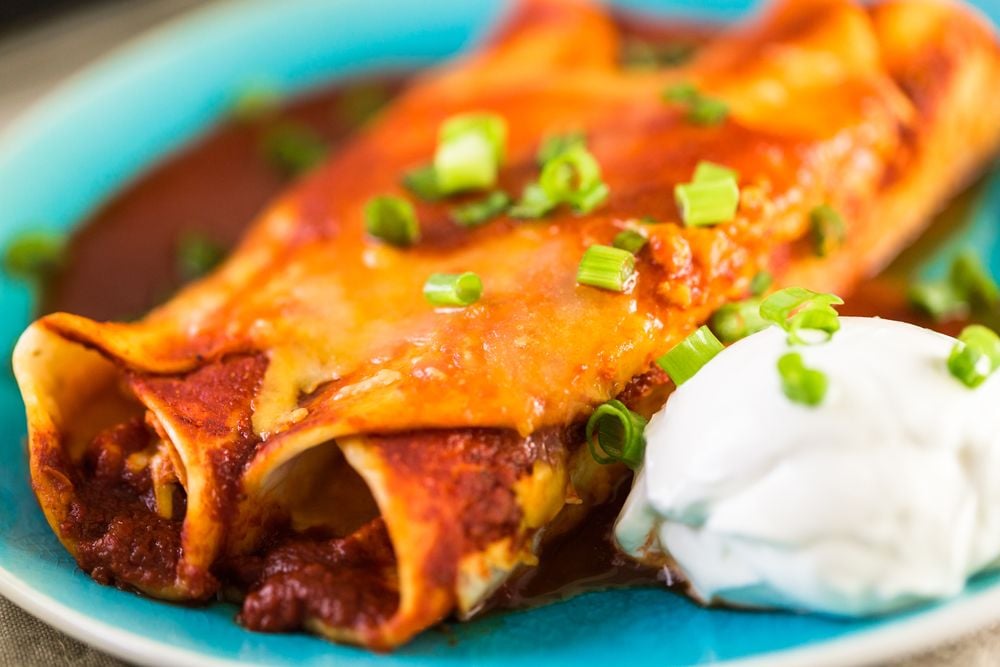 Love Island kicked off on Sunday, January 12 and we have been living for the drama so far. You can catch it every night on Virgin Media One at 9pm.

Plus, Just Eat launched a pretty lit competition to celebrate the return of the show and will give away a trip for two to South Africa, including all flights, private transfers, excursions, four nights at the 5* Table Bay Hotel and three nights at the 5* Gorah Elephant Camp to one lucky individual who orders on Just Eat before 23rd February 2020.

If you were tempted to order some delicious Mexican takeaways from Just Eat this weekend, I bet you're fully convinced now...

Or if you fancy some delicious Thai takeaway, check out some of our picks here.

A 'tiny theatre' is coming to this iconic Dublin pub