If there is any one particular time of the year where charity is brought to the forefront and giving is encouraged, it's Christmas. Now, you can do your part and donate to charity by tapping your card.

And while we'll all be busy shopping and meeting up with friends for food and drink, it's important to think of others this festive season and consider helping those in less fortunate circumstances.

Dublin Town has teamed up with Visa to bring 20 tap devices to the city. These will allow Dubs to donate to three charities dedicated to extremely important causes: Focus Ireland, Little Blue Heroes and ISPCC.

These tap devices can be found in businesses across the city, enabling shoppers to instantly donate to these charities by tapping their card.

Donations start at €3 and can be made at the following shops, cafés and other businesses:

And there will also be more opportunities to do your bit of good this year.

There will also be the DublinTown Christmas bus which will be open to the public every weekend for the month of December.

You'll have the chance to get your photo in Ireland’s first open-top snow-covered alpine forest. Then, you can wrap toys, which have been kindly provided by Starbucks, for children who aren't fortunate enough to have a home this Christmas in the elves’ workshop. 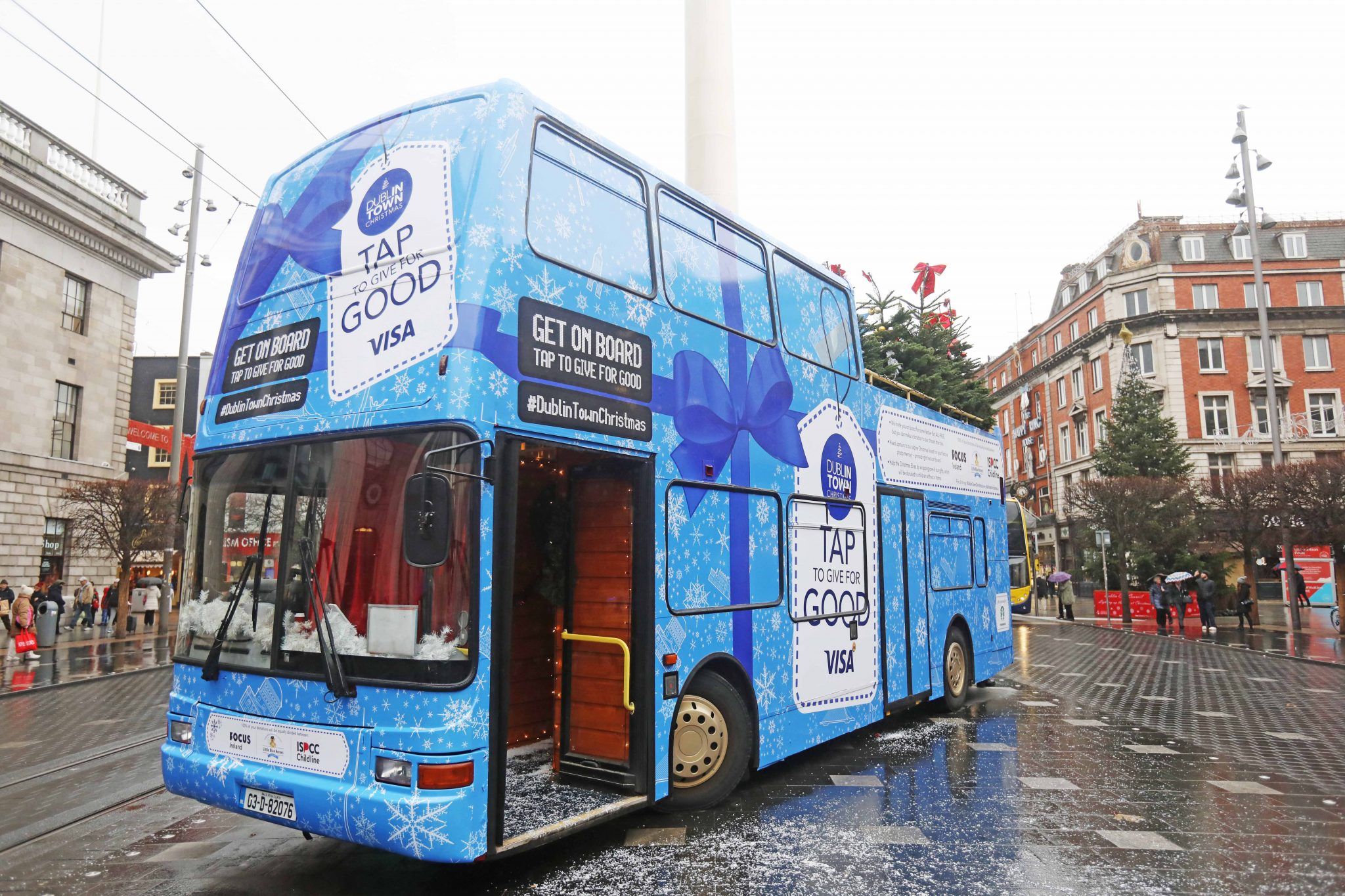 The bus will be open to the public on the following dates and locations:

So next time you're out and about enjoying everything that the festive season has to offer, make sure to donate to charity by tapping your card to help these amazing causes.