What better way to spend your Monday night than at Cherry Comedy, where you can laugh and raise money for a fantastic cause all at the same time?

The Cherry Comedy Christmas show will be part party and part fundraiser as the organisers of the popular Dublin comedy show have announced plans to donate all the money taken from Monday's gig to The Peter McVerry Trust.

Running upstairs in Whelan's pub, Cherry Comedy has become a mainstay of Dublin's comedy scene and balances the nurturing of young comedians with the booking of some of the country's top headliners.

More than a dozen acts will take to the stage for the show, which will be hosted by three different MCs - Duane Doogan, Richie Bree and Fiona Frawley.

Club co-founder, Doogan said: "We have such a loyal audience at Cherry Comedy, alongside a top class roster of comedians that we treat the final show of the year as a thank you to all of them. Mix that with a little Christmas spirit and just have a comedy show party!

"While we were discussing plans for the night it was Fiona Frawley who decided we should use this platform to try and do something helpful." 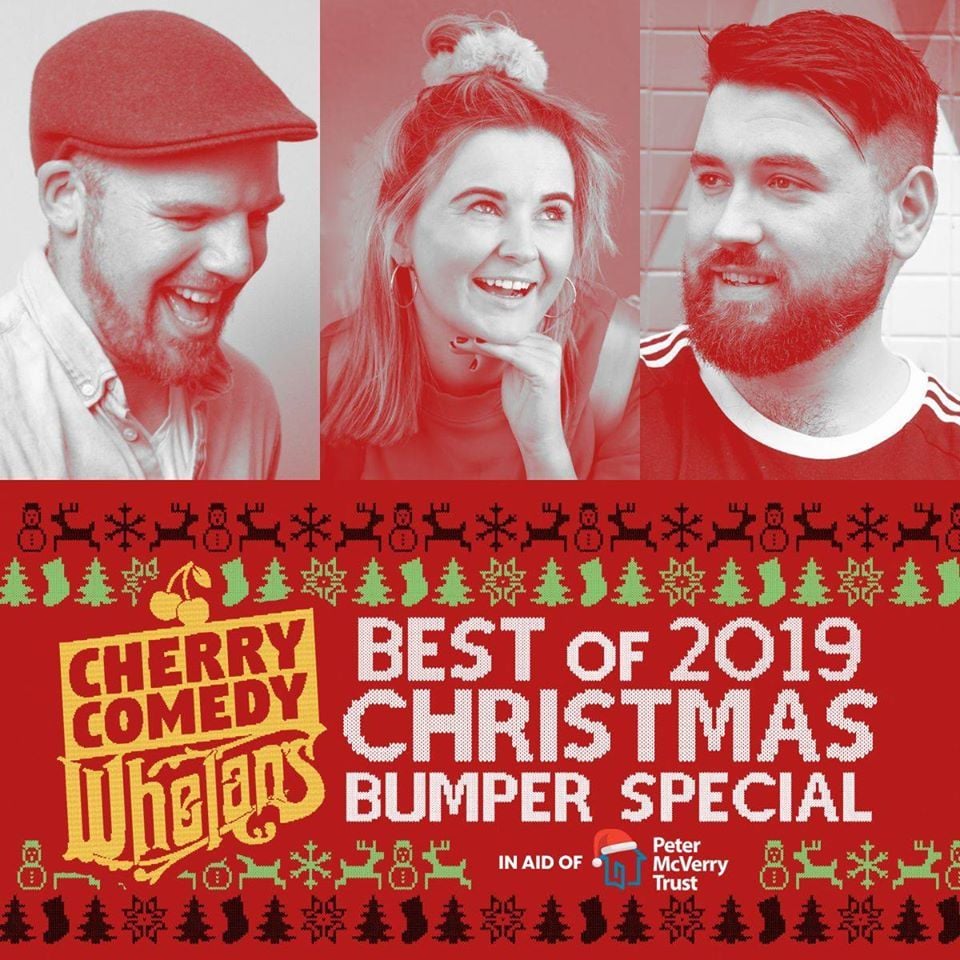 Tickets for the show, which gets underway at 9pm on Monday (doors at 8pm), can be purchased here and the funds will go to the Peter McVerry Trust, the charity whose goal is to reduce homelessness.

"It’s hard to fully enjoy this time knowing how much people are struggling, why should we be able to enjoy it and not them?" said host, Fiona Frawley.

"There’s so much giving and getting gifts etc at Christmas and enjoying ourselves and a lot of people aren’t in a position to do that which isn’t fair. It’s a crisis we can’t ignore at the moment.

"Peter McVerry Trust helps those affected by homelessness nationwide but also aim to reduce the harm caused by substance misuse and social disadvantage. We hope we can help not just contribute a little bit but maybe encourage our audience to join us."

Ricky Gervais responds after Dublin date sells out in minutes