Back by popular demand.

Copper Face Jacks: The Musical, a smash-hit musical by Paul Howard, will return to the Olympia Theatre for a third run.

Following on from two highly successful showings in 2018 and 2019, the musical is set for a grand return in summer 2020.

Expect plenty of craic, tunes and lots of shifting…just like a night in the place itself really. 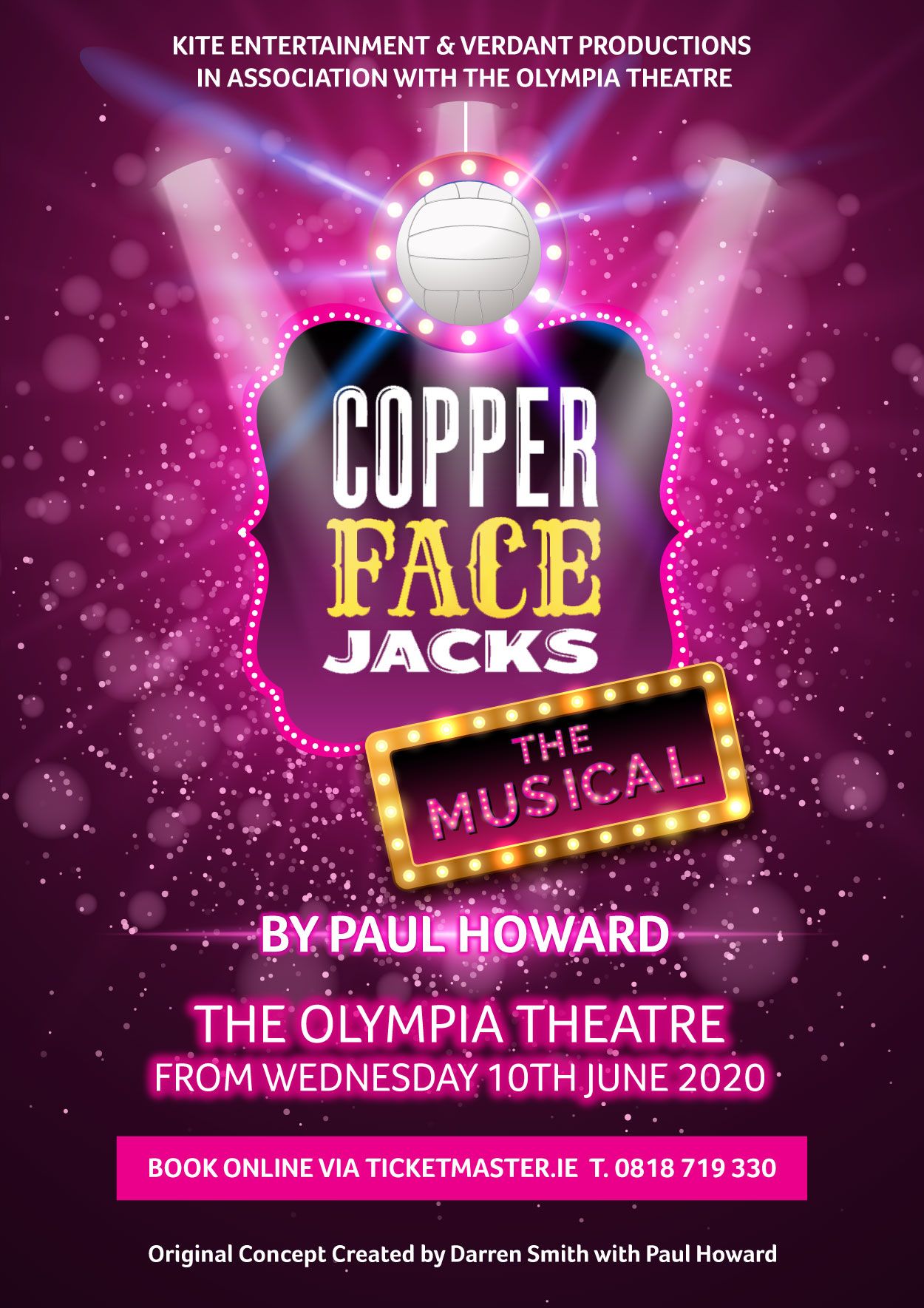 A love story set on the eve of a Dublin v Kerry All Ireland Final, Copper Face Jacks: The Musical tells the tale of a Kerry girl who falls head over sensible shoes for the captain of the Dublin GAA team.

Having to overcome both linguistic and cultural differences on the long road to Croker, it’s got all the makings of a forbidden romance. Essentially, the Irish answer to Romeo and Juliet.

See yiz in Coppers so?

READ NEXT: Rathmines is getting a new zero-waste health food store