Ronan Keating has announced a Vicar Street gig for later this year to celebrate the 20th anniversary of his debut solo album.

It's been a while since Ronan Keating has been on tour without his Boyzone bandmates but exactly two decades after he first spread his wings, the group's frontman is set to fly solo once more.

The Dubliner will perform at Vicar Street on Saturday, June 6 as part of his Twenty Twenty tour which will also see him play Botanic Gardens in Belfast on Friday, June 5. As well as the live shows, Ronan has also confirmed the release of a new album, also called Twenty Twenty, which will feature some of his well-known hits reimagined along with brand new music.

20 years after my first solo album, I am delighted to announce my new album and tour in June! Order a signed copy of #TwentyTwenty from my official store to get early access to tour tickets. ➡️ https://t.co/CYy4t9W1AO
Thank you for all of your support over the years! #RK2020 pic.twitter.com/Bp3kYueKK1

You say it best, Ronan, when you shower us with all this amazing news. Also, get this, the 42-year-old's official store is selling a load of merchandise related to the tour, included the nifty cassette tape pictured below... 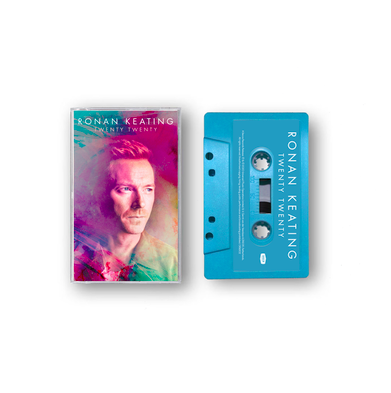 It only costs €9.99 so you'd be fairly mad not to pick one up and stick it on top of the pile with the rest of your old Boyzone tapes. Tickets for Ronan Keating's June 6 show at Vicar Street will be released on Friday, February 21 at 10am.

Who would have seen this coming when they woke up this morning? Life is a rollercoaster, indeed.

READ NEXT: Things to do in Dublin: 21 amazing ways to spend your time in the capital

Bring It On the musical is coming to Dublin