Dubliners have been advised to check their EuroMillions tickets after someone won €500,000 in Tuesday night's EuroMillions Plus draw.

There was no winner of the EuroMillions Jackpot, which was worth over €48 million, but the drawing of the Ireland-Only Plus draw saw one Irish player take home a cool €500,000.

The numbers pulled in the Plus draw were 05, 06, 26, 48 and 49 and the winning ticket was sold in Dublin, although the specific store has not yet been revealed. 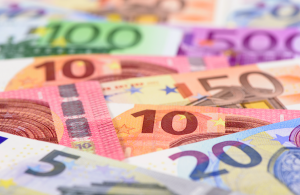 It's expected that the National Lottery will reveal the shop at some stage today although in the meantime, get those tickets checked.

In total, there were 40,000 Irish winners in Tuesday night's draw, with another lucky Irish player taking home €41,122 in the Match 5.

As for the incredible EuroMillions jackpot, the €48 million prize will roll over to Friday night's draw and given the luck that Irish players have had in recent months, you wouldn't be surprised to see someone from these shores take home the big pot at some point.