This isn't a label we pass around lightly.

Everybody knows what goes on with a mince pie. Or at least generally we do.

A lovely shortbread pastry surrounding a filling of dried fruits, all diced up and mixed with spices.

There isn't A LOT that can be done with such a staple in the world of cakes.

And yet, here I am, having tried what is perhaps the tastiest variation on the mince pie ever.

Here is the pie in question, pre-massive bite taken out of it. 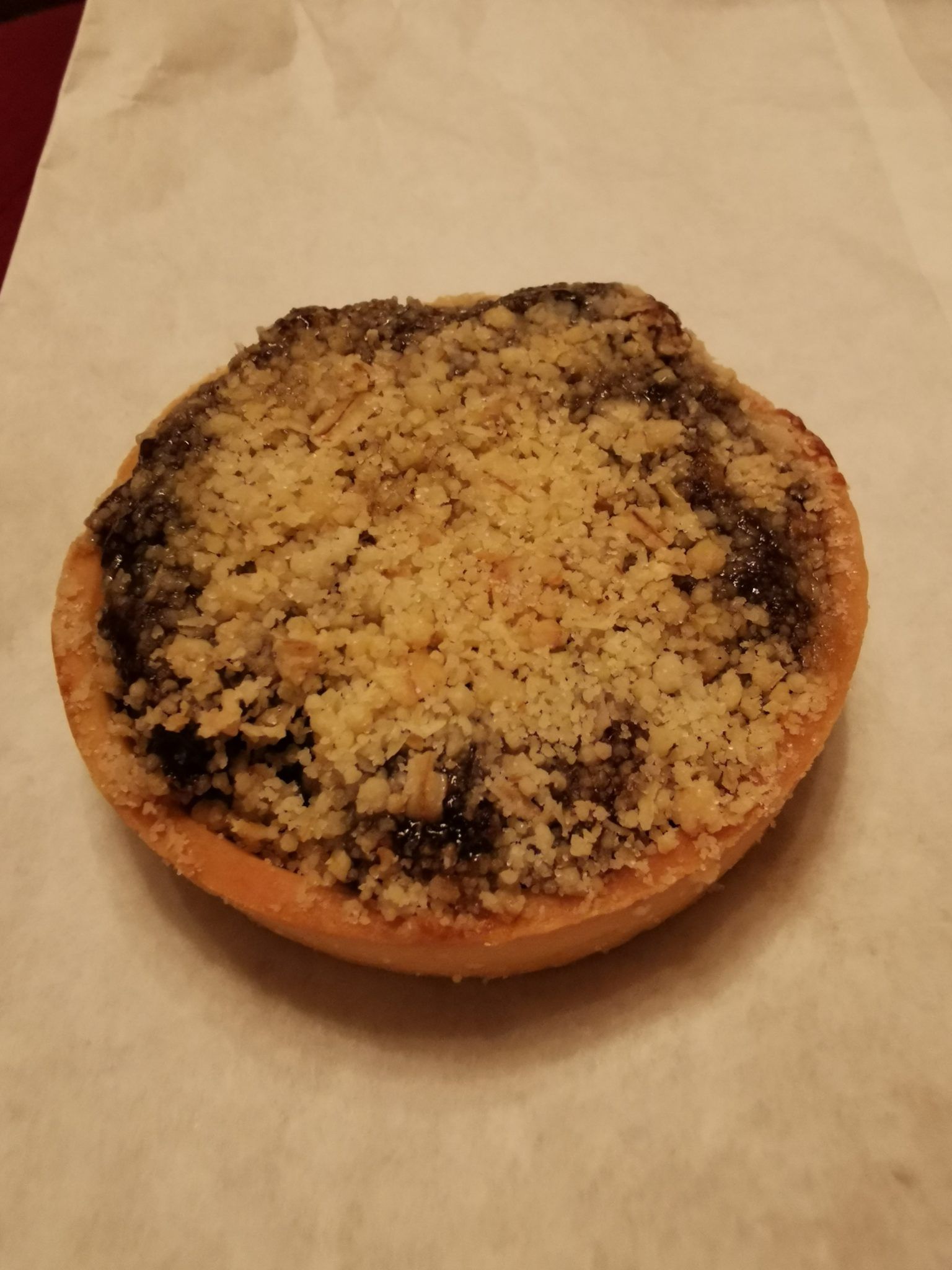 Over the weekend, I checked out the mini-Winter Market in Smithfield, and while I was waiting for my Amaretto Coffee (which was also incredible) to be ready from the guys in Oscars, I checked out the stalls, and one of them was decked out in cakes.

Chatting to the proprietor, it turned out to be The Cupcake Bloke, who will be well-known to anyone in Dublin in possession of a sweet tooth.

He talked me through the cakes still available on the menu, and when he listed out one of them - "... a mince pie crumble..." - I asked him to stop right there and that I would take two of them immediately, one for me and one for my Amaretto Coffee accomplice.

However, the hot drinks arrived sooner than I thought, so I put the mince pie crumbles into my bag, expecting to eat them directly afterwards, but I completely forgot they were in there until I got home.

By then it was obviously too late to give the second one to my friend, and after I bit into my one, I couldn't have been happier about that.

I'm not sure what The Cupcake Bloke did to these mince pies to make them outstanding, or if it was the crumble top instead of the usual mini-slab of more shortbread, but whatever it was, these were the best variations of the mince pice I've ever tasted, if not just the best mince pies I've ever had, full stop.

Check them out this Christmas if you spot them!

READ NEXT: Dessert lovers need to try out this new cookie delivery service