"Ariana, head to a Crumlin hardware shop, pick up an Elvis piñata and meet me at the 3 Arena..."

Nope, not the opening to a classic episode of Kenan & Kel but something that actually happened yesterday. Currently enjoying a long stint in Dublin, Ariana Grande took advantage of an evening off yesterday to get in the car and pick up some necessary items.

Alan Feighery of Crumlin Hardware on St. Agnes Road told Lovin that the singer turned up around closing time along with a couple of members of her entourage. "It was very surreal," Alan said. "We were closing up shop and I was dealing with a few customers. We have a party section with balloons and things like that and I noticed a bit of a commotion." 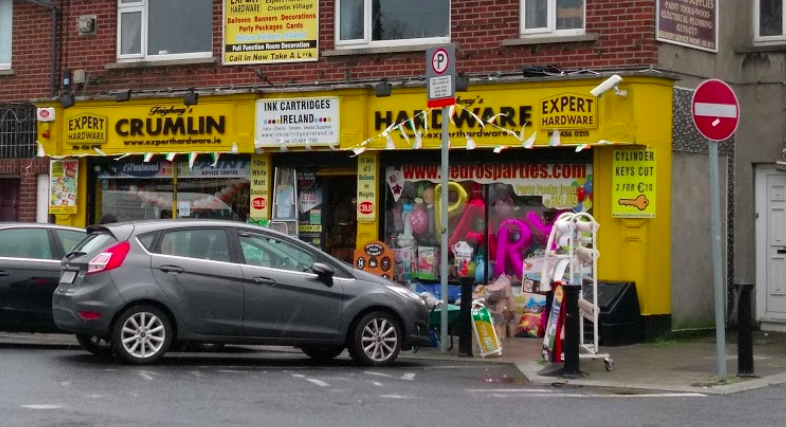 "It turned out it was Ariana Grande. A few kids followed her in and there was a bit of excitement. She picked up an Elvis piñata from the party section and asked how much it was. I told her it was €17.99 and she misheard it as €70 so there was a bit of confusion over that."

Eventually, Ariana left with the piñata and Alan went on to say how polite she was. "It was very brief but she was very polite and everyone with her was very polite. She was very much in a 'no photo, no autograph' mode but there was no demanding or anything."

Alan and his staff will be All Shook Up after that for a while. Ariana Grande plays the last of her three-night run at the 3 Arena later tonight.

READ NEXT: Ariana Grande Liked This Dublin Restaurant So Much She Came Back For A Second Night