Both the PS5 and Xbox Series X went on pre-order this week.

This has been quite the week for gamers.

Both the PS5 and the Xbox Series X/Series went on sale for pre-order, so there are a good few of you out there who have already definitely got your new console (or consoles, buy them both!) on the way.

For those that didn't, do fret too much, as Sony and Microsoft have both announced that more of their new consoles and incoming and can be purchased in the run up to their releases on November 10 (Xbox Series X/S) and November 19 (PS5).

Before then, we've got another week of Lovin Games Weekly, kicking off with:

GAME OF THE WEEK

Among Us (Mobile, PC)

Despite the fact that this game actually came out over two years ago, it is getting a new lease of life right now thanks to the pandemic. If you've ever been to a party (remember those?) and played Werewolf or a similar "murder mystery" party game, then you should get the gist of this pretty quickly.

Up to ten players find themselves on a space ship, and they are given a certain amount of time to perform some on board tasks to keep the ship running properly. However, a number of the players are actually imposters, and they are there solely to kill the crew members without being caught. Whenever a body is found, the crew must vote to decide if they know who one of the imposters is, but chances are they could vote a non-imposter off the ship, helping the imposters' cause.

It is a clever little deduction game with a hint of The Thing about it, and could help kill a few hours, giving you the helping that you're back playing party games with your mates.

BIG NEWS OF THE WEEK

This might sound like business talk, but stick with us. Bethesda are a pretty substantial developer of some amazing video games series: Dishonored, Wolfenstein, The Elder Scrolls, Fallout, Doom, The Evil Within, Prey.... they're all Bethesda.

So with Microsoft spending several billion dollars to buy them, that will essentially mean that a lot of Bethesda games going forward could be Xbox Series X exclusives, or at the very least, we're guessing Xbox owners will get the games a long time before those with PlayStations.

As we keep saying over and over again, you can talk about tech specs all you like, but the real reason why anyone buys one console over the other is because of the games that will be available exclusively to that console, and to that end, Microsoft have given players maybe the best reason yet to buy an Xbox Series X. 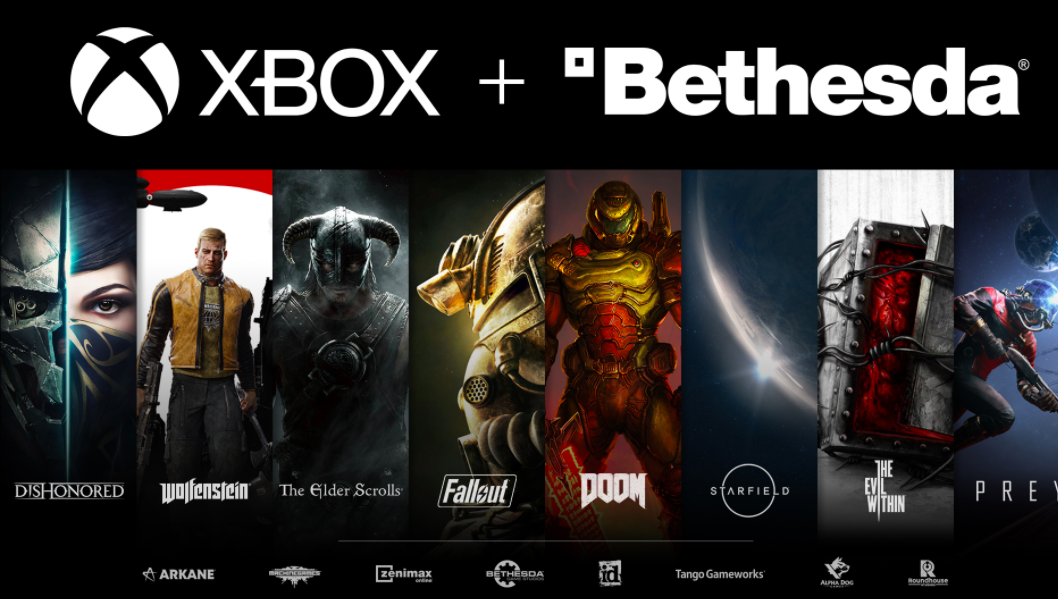 DEAL OF THE WEEK

The sequel to the hit open-world shooter transplants to the action to Washington DC, as you attempt to remove a terrorist faction from America's capital after the country was brought to its knees by a pandemic.

Yes, in hindsight, this does seem to have predicted the future in a weird way. But instead of, say, The Last Of Us, which was staggeringly realistic and kind of depressing because of it, The Division is more concerned about giving you big guns and blowing things up.

This special edition comes complete with the Warlords of New York DLC, which brings you back to the setting for the first Division game, and gives you a series of warlords to explode at your pleasure.

Tom Clancy's The Division 2: Warlords of New York Edition is available on the PS Store for a limited time, marked down from €59.99 to just €14.99. Check out the trailer right here:

All details correct at time of publication.

READ NEXT: A full list of the PlayStation 5 and Xbox Series X games available at launch

WATCH: Matt Damon had a special message for Temple Street

There is a live-action Barney movie on the way and it sounds... dark

REVIEW: Anne Hathaway is surprisingly scary in the too-glossy remake of The Witches