The rumours of a Dubliner entering the Love Island villa have now intensified thanks to the curious zooming of a few Instagram detectives.

It was reported last weekend that Dublin influencer Saffron Thompson was due to take Love Island by storm but when the time came to introduce a new girl to the villa, it was Geordie Rebecca Gormley who became the latest addition to the reality show.

With over a month remaining in Winter Love Island, more fresh faces are expected over the coming weeks and some of Saffron's eagle-eyed followers believe they have spotted a clue that she's villa-bound.

In the latest social media post from her, Saffron is stood with her gym gear in what appears to be a hotel lobby. Nothing too suspicious about that.

But when you zoom behind her, you can see a sign that reads: "DEAR GUESTS, Please attend to your belongings. The Fountains Hotel will not be liable for any loss or damage to personal belongings."

Things become interesting when you Google 'The Fountains Hotel' and realise that the first page of results brings you to the Best Western Fountains Hotel Cape Town. 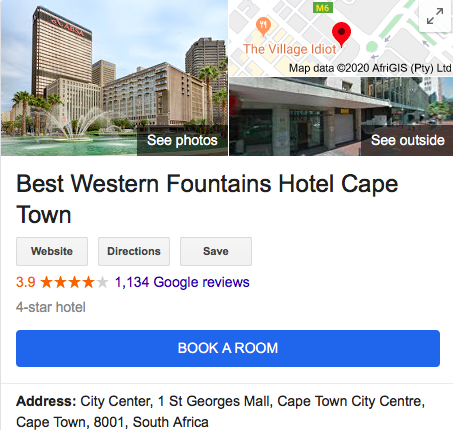 This was noticed by several of Saffron's followers, with one reply reading: "The Fountains Hotel is in Cape Town lol."

Is it just a coincidence that Saffron is in the same city where Love Island is being filmed a couple of days after media reports suggested she was heading for the villa?

Only time will tell...