Just as we thought the festival season was ending.

A series of three-day beer and food festivals are happening in Dublin between September and October.

The festival, Guinness 232C, is hosted by Guinness andwill take up residency in Bonobo, Jam Park, and The Bernard Shaw.

It is bringing together some of the best Irish chefs to command the grills the pubs and they have to cook over live fire.

The festival will see Bia Rebel, Grálinn and La Cocina Cuevas break free of their restaurants and challenged to create a one-off menu featuring the very best Irish beef, chicken, and pork forged in fire. 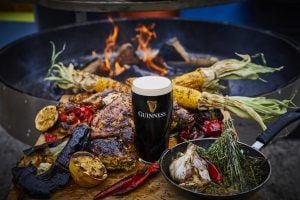 There will also be a host of live acts performing and tickets are only €10.

Here are the locations and dates:

The festival will head nationwide after it's opening in Dublin so keep an eye out.