As Autumn continues and Winter begins to creep up on us, one might argue that this time of year is truly ‘treat yourself’ season.

Sure look, we need nice things to keep us going in the months between the joys of summer and the madness of Christmas.

So, the new Autumn menu at the Ivy might be of interest to you.

I headed along last week for a sample, and I was not disappointed.

Before dining, we scanned the cocktail menu. Since I was sat in the Ivy living my most stylish life, you best believe I was there to indulge. So when I saw a salted caramel espresso latte, I knew that was the cocktail I would be sipping as I lived my Carrie Bradshaw fantasy. 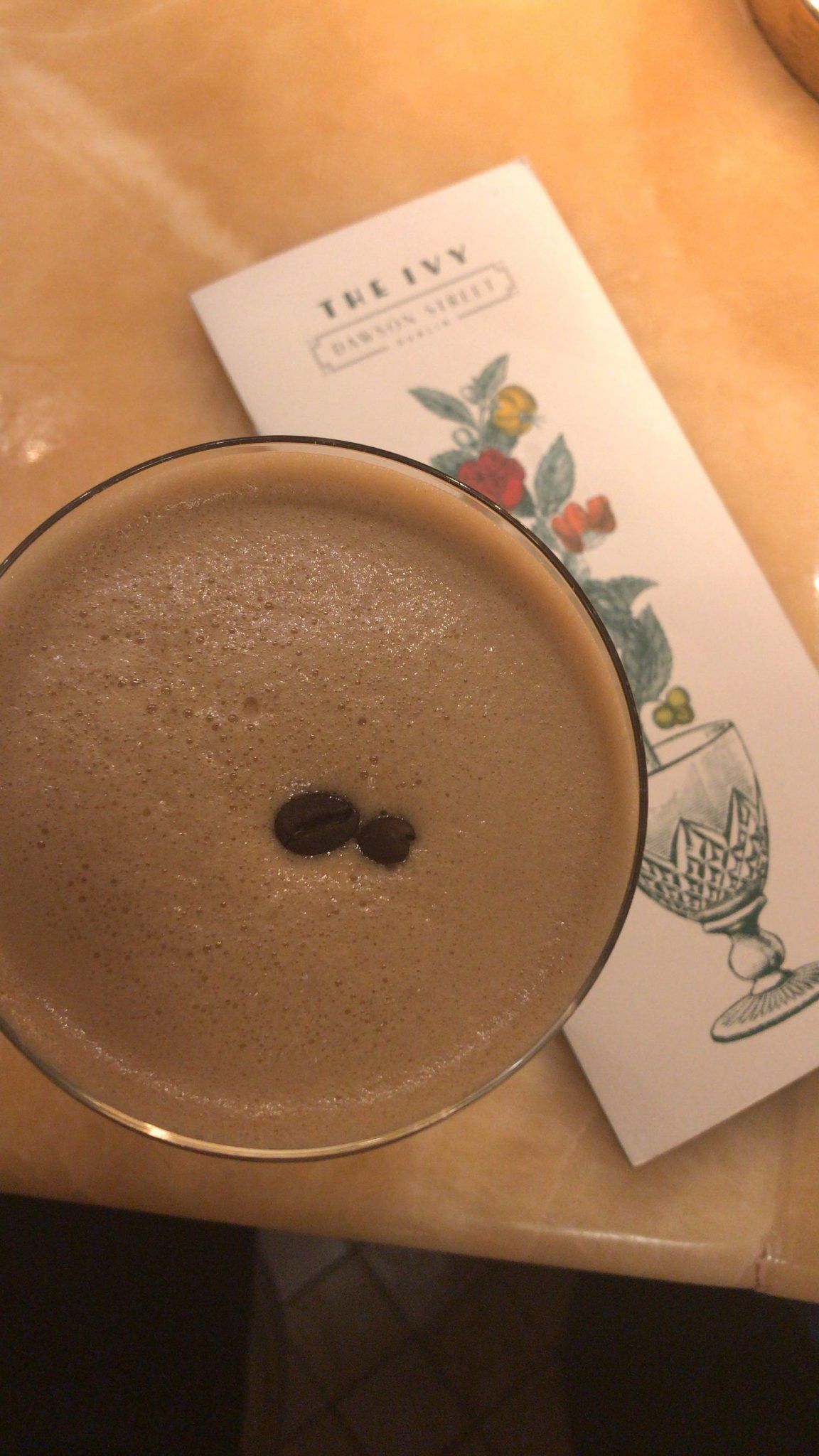 I was slightly worried that it might be a bit heavy on the tummy before I even began to eat, but with only a hint of caramel, it was just right.

When it was time to dine, I opted for the seared Atlantic scallops for starters, which were fairly generous in terms of portion size compared to other spots in Dublin. Costing €13.95, you could argue that you certainly get what you pay for. 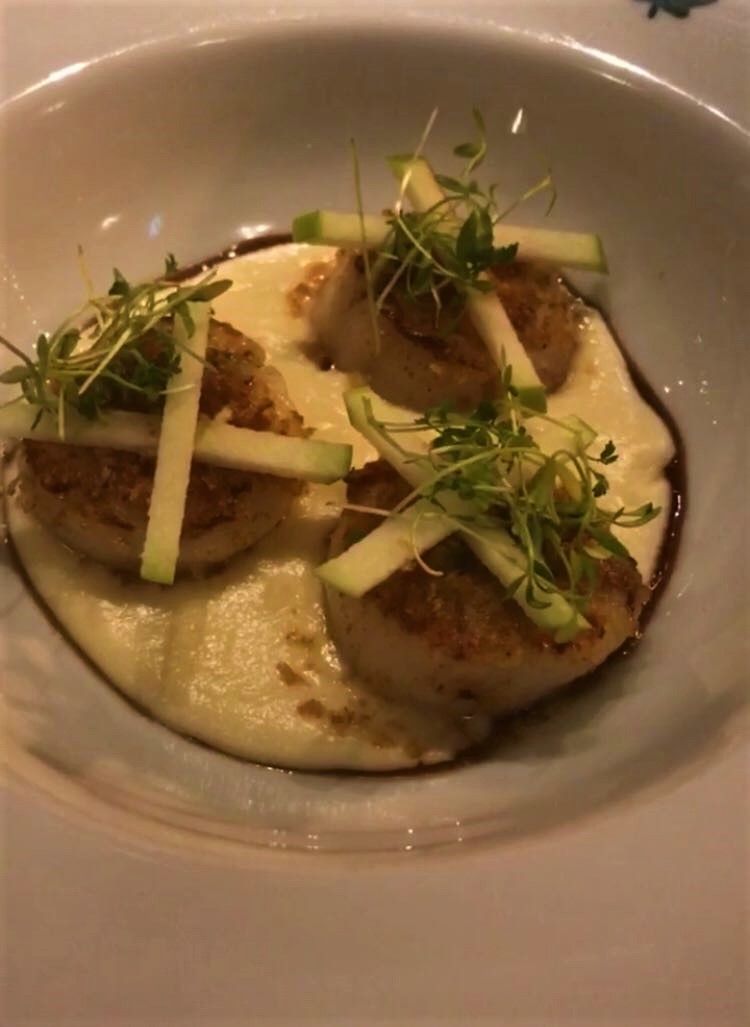 Featuring cauliflower purée, caper butter, tamarind glaze, apple batons and golden crumb, this dish truly was the taste of luxury that was to be expected from The Ivy.

Next, it was time for the main event: a glorious John Stone Tomahawk steak to share. Your eyes will tell you that this is one of the most delicious, melt-in-your-mouth steaks you’re going to have, and your tastebuds will echo that. 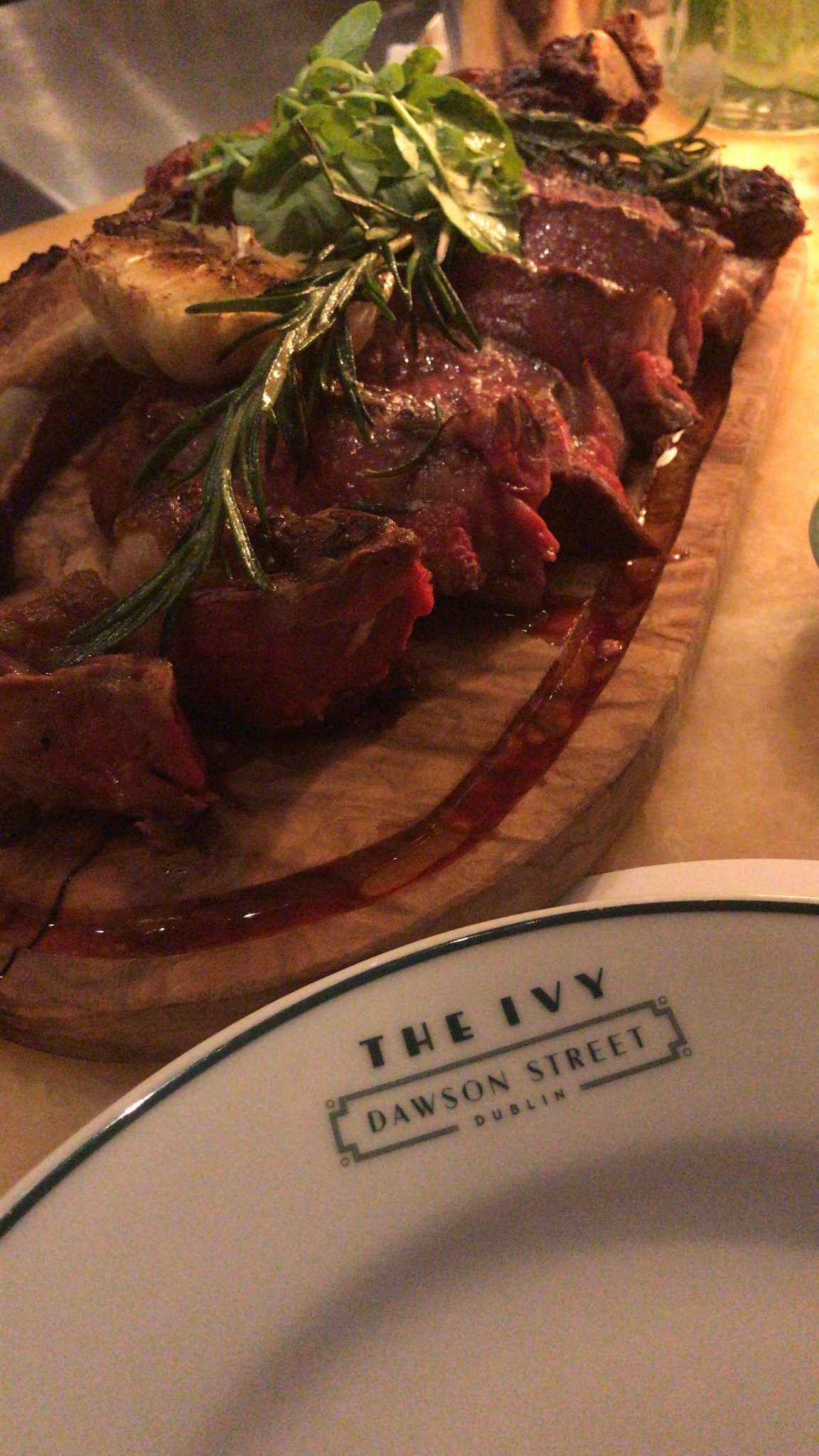 Topped with butter and presented with truffle parmesan chips, green beans with almonds, peppercorn and Béarnaise sauce, it’s safe to say that it’s the fanciest steak I’ve ever had.

Now, it is fairly pricey at €85. So if you're in a severe 'treat yourself' mood, it might be the dish for you. But if not, they have a wide range of other steaks such as sirloin, fillet and minute steak that all cost between €20 and €30.

And finally, it was time for my favourite part of every meal: the dessert! Although I had been thoroughly enjoying my dining experience so far, this would be make-or-break for me. 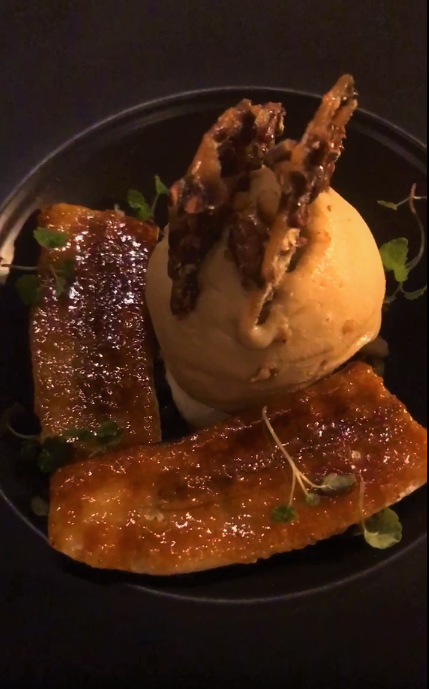 So, we were presented with a malted banana ice cream and chocolate brownie dessert, which was also paired with caramelised banana, candied pecans and cocoa nib tuile.

Now, I love anything banana flavoured. So I was pretty much fangirling over this dish, which again, was fairly generous. It was very banana-ish, but if that’s what you’re into, you’ll be a fan.

Head Chef  Nick Lentini joined The Ivy when it launched back in 2018, and came with a wealth of international experience.

The Ivy prides itself on only sourcing the best ingredients, which you can definitely taste in the food.

Their beef is sourced from John Stone, which has built a reputation as one of the highest quality suppliers of dry beef in the world. Meanwhile, they source their salmon from the waters of Galway, their bespoke bread from Bretzel Bakery, and their cheeses, dairy, fish and shellfish from the most respected Irish suppliers.

Great ingredients make great meals, so you know you're in for a treat when dining at The Ivy.

Between the friendly service, the amazing food and the fairly generous portions, I was happy and full, which is all you want, really.

The main surprise of the night: discovering how affordable many of the dishes actually were.

The Ivy changes it's menu every few months, so we are buzzing to see (and taste) what the next season has to bring.

Walk this way: your guide to conquering a night out in Dublin…in heels

This Dublin restaurant is doing a nacho happy hour