"My vision for Helping Handbags has always been galvanised by the belief that being clean is not a luxury or a privilege."

The words of Tiffany Mulroy, one of the people who set up the Helping Handbags Dublin four years ago. Along with her friend Niamh O'Hara, Tiffany is asking Dubliners  to fill old handbags with essentials for homeless women this winter.

Helping Handbags is a non-profit cause with the main objective of collecting enough handbags filled with sanitary and hygiene products for all the homeless women of Dublin.

The project was originally organised in Dublin in 2015 and Tiffany explained its origins to Lovin. "I organised the Helping Handbags project in 2015, and Niamh was quick to come on board with me," she said.

"Helping Handbags is a worldwide initiative that is being done in many other countries. There are a lot of colleges organising similar projects in the UK and Europe, so I decided to introduce the concept here in Dublin."

Described by Tiffany as a "women's movement that has been set up to help women who have been forced out onto the street from their homes," Helping Handbags is a voluntary organisation which depends solely on the generosity of others. They are looking for sanitary and hygiene products for all the homeless women of Dublin, who are particularly vulnerable at this time of year. "Women being forced out onto the street from their homes is ever more prevalent at Christmas time, mostly due to the influence of alcohol and drugs within the home while mental health issues also play a part during one of the most stressful times of the year," Tiffany explains.

While some people might be tempted with all good intentions to throw in a bottle of perfume or a can of deodorant, there are certain restrictions on the items that can be placed in the handbags. "We cannot accept any items that may be used to harm oneself like sharp objects, glass bottles, jars, perfume as it contains alcohol or aerosols as they contain gas," Tiffany said.

"We collate each bag that has been donated to ensure that all items are safe for the recipient of each Helping Handbag and we deliver to women's refuge, hostels, emergency accommodation and homeless shelters here in Dublin."

"We work with local community to tackle and alleviate hygiene poverty, as we feel that basic hygiene is about dignity and this project benefits those in crisis, especially during the menstrual cycle for a homeless woman," Tiffany adds.

"My vision for this project has always been galvanised by the belief that being clean is not a luxury or a privilege, therefore we collect and re-distribute on behalf of homeless women here in Dublin." 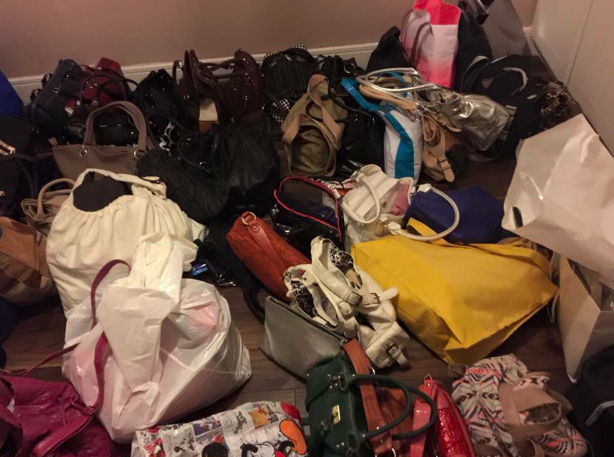 If you're interesed in donating a handbag filled with essentials to a very worthy cause, you can do so at the Papal Cross in the Phoenix Park from noon until 2pm on Sunday December 1. If this doesn't suit, you can also drop a handbag off at St Patrick’s Cathedral in the city centre on November 28, 29 and 30. The team will then distribute the handbags to homeless women around the city. Four years ago, Helping Handbags was only an idea but ever since, it has gone from strength to strength. Tiffany puts this down to the passion of the volunteers as well as the generosity of the public. "The passion behind the project is that the general consensus  of the public, stems from a sense of injustice, that its not right that any woman should face hygiene poverty, just because they are homeless," she concludes.

A wonderful initiative, we're sure you'll all agree. More information on the Helping Handbags appeal can be found here.

PICS: 10 of Lovin Dublin's most liked Instagram photos from June