The most popular baby names in Dublin last year have been revealed.

The Central Statistics Office (CSO) recently released their 2019 findings regarding the most popular baby names in Ireland.

Along with the national results, a county-by-county breakdown was included in the publication, while Dublin was divided into four different areas.

The most popular name for a boy in Dublin City and Dun Laoghaire-Rathdown last year was James, however Jack was the most popular boys' name in Fingal and South Dublin. 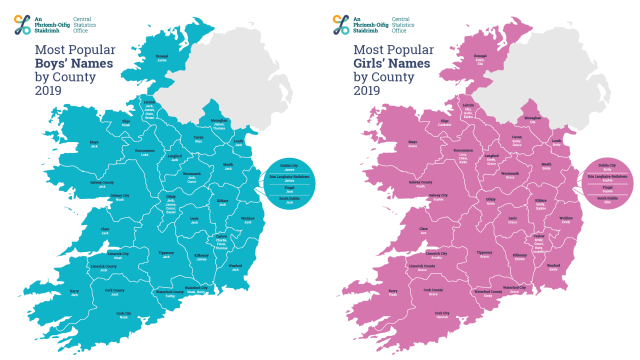 The full county-by-county breakdown can be seen here.

Commenting on the national findings, Carol Anne Hennessy, statistician said: "Emily retains the top spot for girls, followed by Grace, Fiadh, Sophie and Hannah. These were the top five names of choice by parents for their newly arrived baby girls in 2019.

READ NEXT - Our top viewed videos from February

These social distancing guidelines are appearing in parks around Dublin

These Dublin-made desks are ideal for working from home